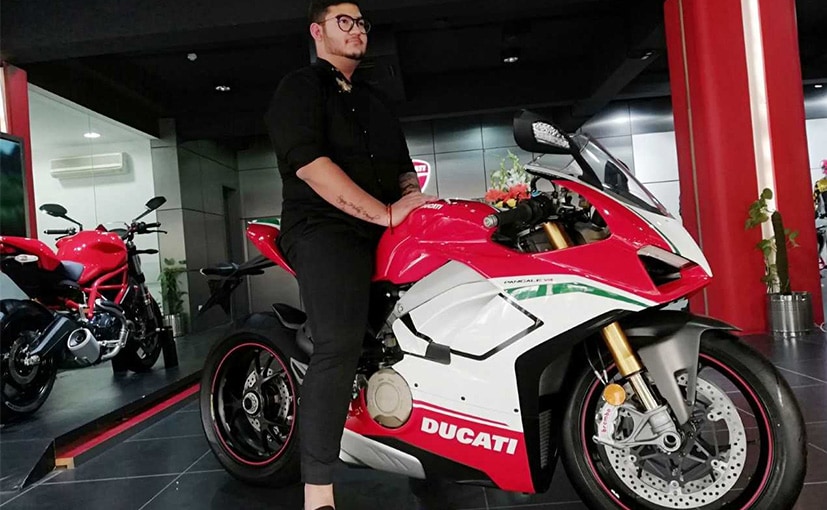 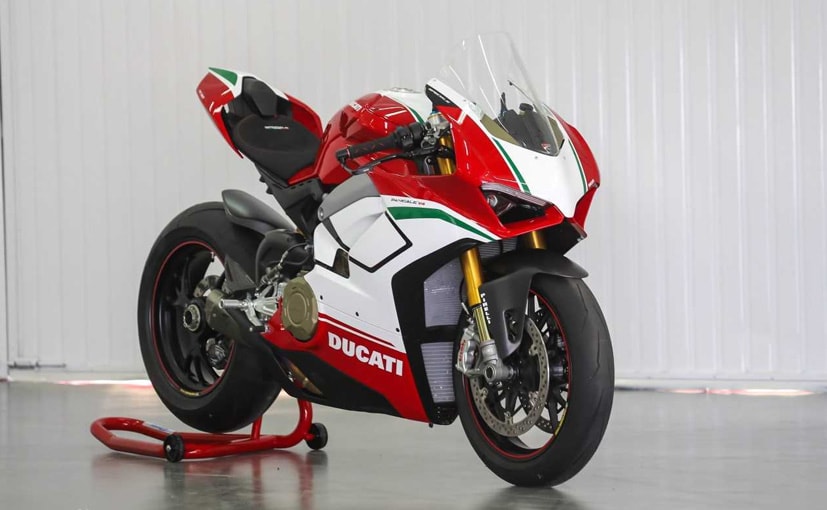 (The V4 Speciale gets a fully adjustable Ohlins suspension, a magnesium subframe and an Akrapovic exhaust)

The Ducati Panigale V4 Speciale is one of the most expensive motorcycles to be sold in India and has been purchased by motorcycling enthusiast Kartikey Uniyal. Making it special are a bulk of upgrades on the supersport including a billet steering plate with screen-printed logo and a unique serial number, Alcantara seat covered with Ultrasuede along with carbon fibre heel guards. The bike gets a distinguished tri-colour livery as well. 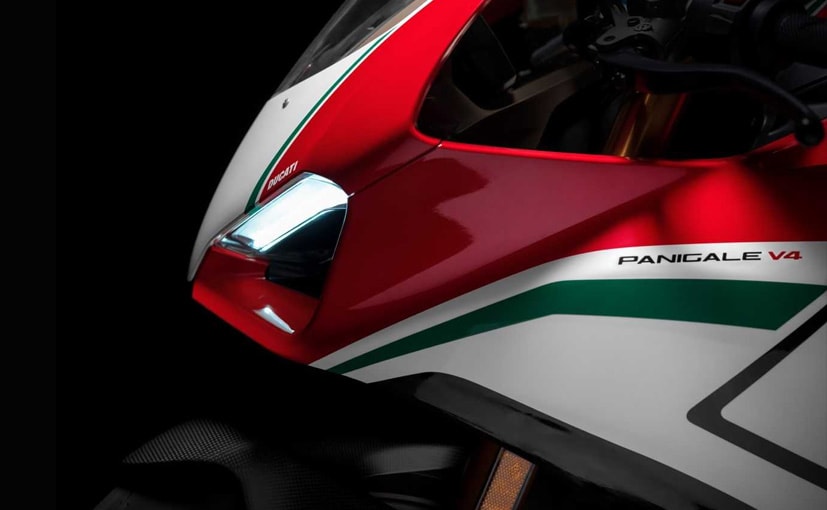 (The Ducati Panigale V4 Speciale gets a distinguished tri-colour livery)

The Ducati Panigale V4 Speciale also gets a fully adjustable NIX-30 inverted forks up front and TTX36 monoshock at the rear electronic suspension from Ohlins. The V4 Speciale also comes with a titanium Akrapovic exhaust, lighter lithium-ion battery and a cast magnesium subframe. Customers can get the lighter Marchesini forged magnesium racing wheels, which will be available at an additional cost over the half-crore price tag.

With respect to the powertrain, the Ducati Panigale V4 Speciale uses the same 1103 cc V4 engine tuned for 226 bhp at 13,750 rpm and 133.6 Nm of peak torque available at 11,000 rpm. The bike comes with a 6-speed transmission and gets a host of electronic aids to help tame all that power. The bike has a dry weight of 174 kg. In terms of competition, the Speciale remains unique but will face heat from the Kawasaki Ninja H2, Aprilia RSV4 and the likes on a race track.