Patent images reveal a hybrid powertrain, with a petrol and electric engine, and also a throttle with a boost button. 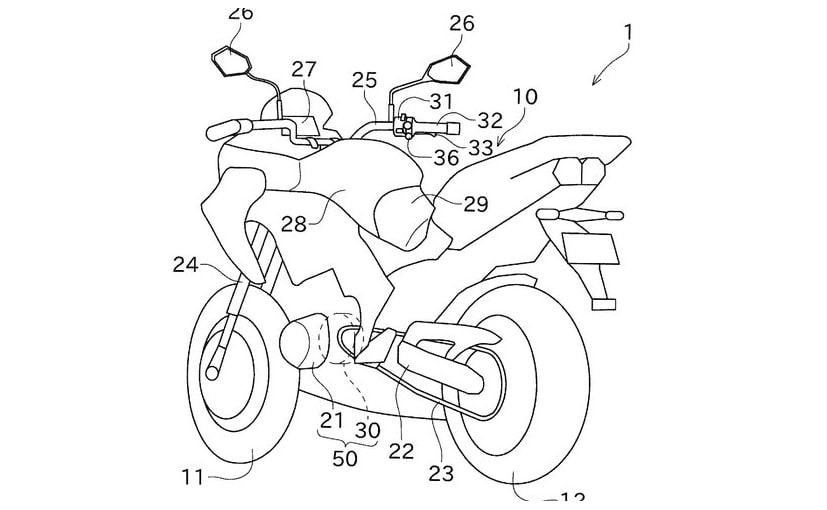 Kawasaki is slowly and certainly working on different hybrid motorcycle concepts, as a series of hybrid motorcycle patents filed by the firm's R&D department has show. The latest design of its hybrid powertrain shown in patent images could well offer a boost from an electric motor to the conventional internal combustion engine. The patent images show the combination of a normal petrol engine with a small electric motor to give a boost in performance and economy while reducing emissions. So far, there aren't any prototypes to be seen on this technology, or any official confirmation, but it seems to be something that Kawasaki is working on. 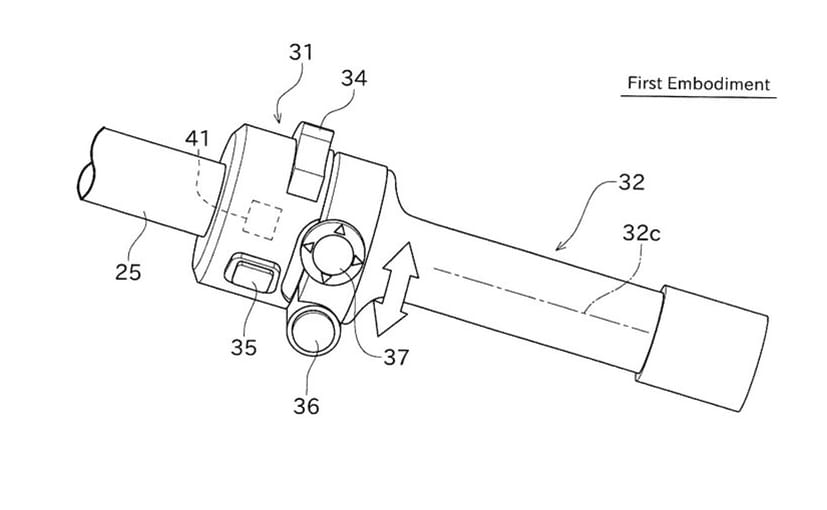 Kawasaki's patents reveal that the idea is to envision a hybrid motorcycle with a petrol engine and electric motor, both attached to a conventional transmission by way of one-way clutches, allowing each motor to power the bike either independently, or together. The latest patent from Kawasaki shows a generic looking bike, with a small electric motor, with a petrol engine sitting right in front of it, making for an overall powertrain package that's not really any larger than that of a conventional motorcycle. 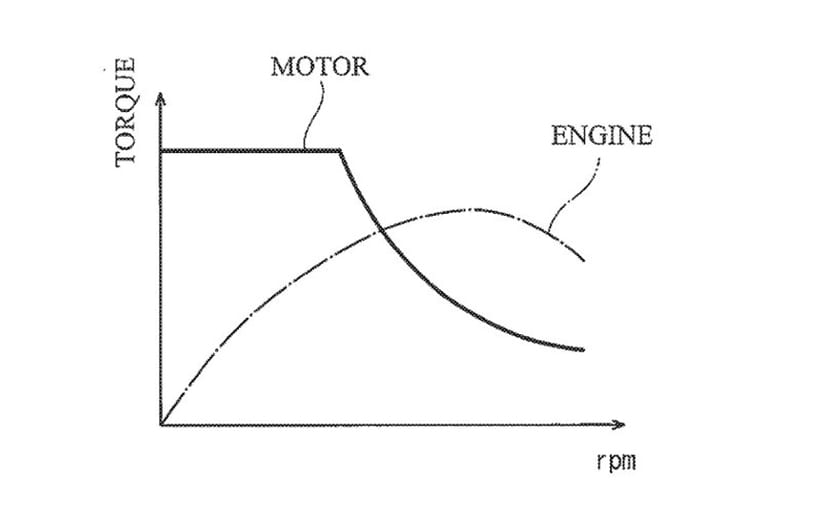 What is interesting is the design of the throttle, that's got a conventional twist grip but with two additional controls, a four-way switch cube, and a boost button. There's also a normal engine kill switch along with what seems like a 'mode' switch to access additional functions. According to Kawasaki's patent, the boost button "is operated to issue a command to change the torque output characteristic so as to increase the output torque of the hybrid power source" and goes on to explain that it will give a few seconds of additional power once it's pressed.

According to the patent, the throttle controls both the petrol engine and the electric motor, with signals going via a control unit that helps decide what proportion of power comes from each. Filing patents doesn't always mean there's a production model in the making. Over the past year, Kawasaki has filed a series of patents around a hybrid motorcycle design, and all it suggests is that there's something brewing at Kawasaki R&D. While there's no word on a pure electric machine from Kawasaki, a hybrid model could well be what Kawasaki will be looking to develop in the near future, possibly even unveil a working concept and a prototype.