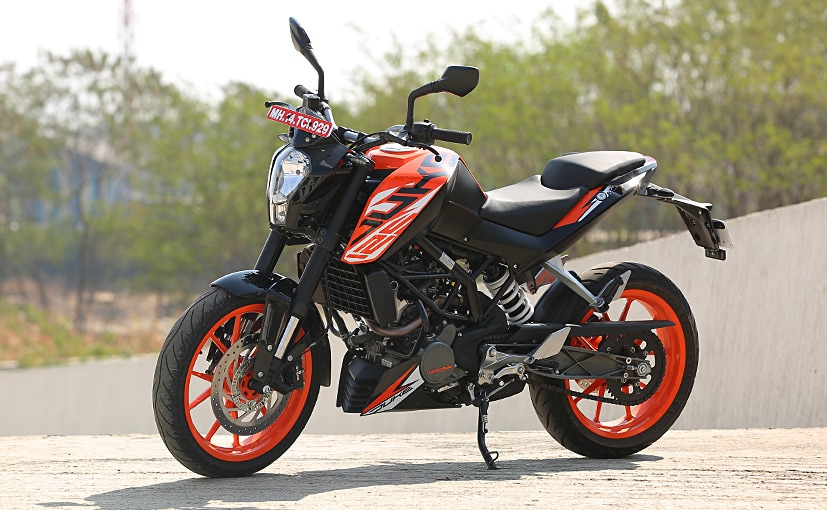 KTM India's most affordable offering has just received a price hike for the new financial year. The KTM 125 Duke is now more expensive by ₹ 6800, and is now priced at ₹ 1.25 lakh (ex-showroom, Delhi). Launched late last year, the bike was introduced at a price of ₹ 1.18 lakh, which incidentally was also the asking price for the KTM 200 Duke when it was launched way back in 2012. While the price hike may seem a little steep, sales for the 125 cc motorcycle are off to a good start for the manufacturer. In fact, the 125 Duke managed to outsell the complete KTM Duke range in the country including the 200, 250 and the 390 models between December 2018 and February 2019.

While Europe gets the updated version of the KTM 125 Duke based on the new 390 Duke, the India-spec version is based on the 200 Duke and is underpinned by the Trellis frame with the single headlamp cluster and an all-digital instrument console. The bike also sports USD forks up front and a monoshock suspension setup at the rear, while braking performance comes from disc brakes at either end. The bike also gets single-channel ABS as standard with rear wheel lift protection.

The KTM 125 Duke is the most powerful offering in the 125 cc segment, and actually competes with a host of other offerings including the Bajja Pulsar NS 200, TVS Apache RTR 200 4V, and the newly launched Yamaha MT-15. Power on the bike comes from the 124.7 cc single-cylinder, liquid-cooled, DOHC engine tuned for 14.3 bhp and 12 Nm of peak torque. The motor is paired with a 6-speed gearbox.