With drivers Jerome d'Ambrosio and Pascal Wehrlein behind the wheel of the new M6 Electro, Mahindra Racing is more aggressive than ever as it enters the sixth season of Formula E set to kick-start this weekend. 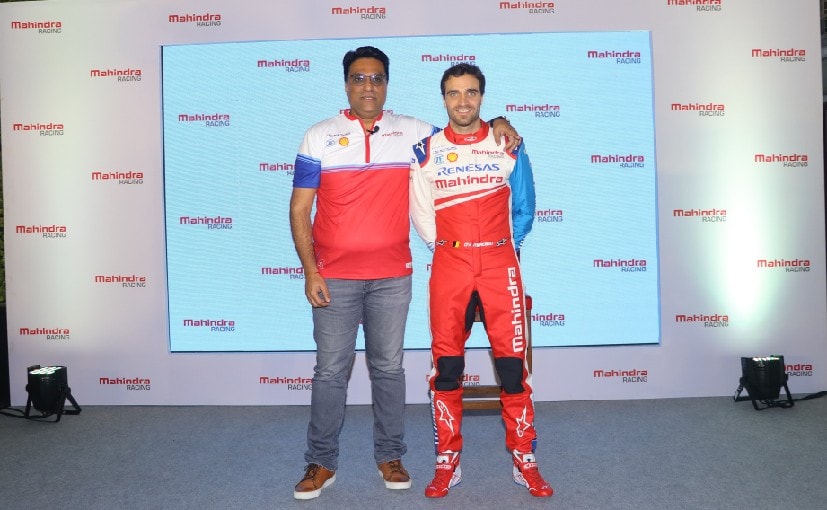 The FIA Formula E Season 6 is all set to kick off this weekend in Riyadh, Saudi Arabia, and the only Indian team on the grid - Mahindra Racing - is all set for a flying start in the electric racing series. The factory team caught up with the media in Mumbai before leaving for Riyadh with Team Principal and CEO Dilbagh Gill and driver Jerome d'Ambrosio talking about the strategy for the 2019/20 Formula E season, new technologies, new recruitments and consolidating the team effort under one roof. The team finished sixth in the overall standings during Season 5, and is looking to better its position even as new factory racing teams like Mercedes and Porsche join the series.

Speaking to the media, Dilbagh Gill said, “We have worked relentlessly over the last few months to build a robust team and we have our eyes on the championship title. Our strategic decision to move away from a service provider model, to having the entire team in-house, will boost our collective efficiency and performance. We, along with our partners have also worked on all the problem areas and leveraged our technological know-how to enable a consistent and powerful race performance. In addition, we have among the best drivers in this championship, I am confident that both Pascal and Jerome will come out stronger this year.”

Mahindra Racing will field the new and improved M6 Electro on the grid this season that will continue to be driven by Pascal Wehrlein and Jerome d'Ambrosio. Both drivers have completed one complete season with the team and have had the opportunity to adapt better to the Banbury-based outfit. D'Ambrosio led the charge for Mahindra last year taking the team's first win of the season in Marrakesh along with a podium finish. Meanwhile, Wehrlein registered a pole position, six super pole appearances, two fastest laps and a podium finish through the season.

Speaking about the upcoming season, Jerome d'Ambrosio said, “Last season was full of learnings and positives to remember for me and it is helping me devise a solid strategy for the upcoming season. I look forward to making a strong start to season six and hope to remain consistent throughout the season. I have been interacting with our new team at Mahindra Racing, we have a lot of great people and I'm sure we'll be a strong force to reckon with, this season.”

Pascal Wehrlein, who couldn't make it to India, said in a statement, “I'm really looking forward to my second season with the Mahindra Racing family and my focus is on a stronger championship campaign. We are looking at the new season with an optimistic frame of mind and are confident that we can strengthen the momentum that we have built in the past.”

For the upcoming season, Mahindra Racing has consolidated its resources bringing the team to one location instead of its two development centres at Barcelona and Banbury respectively. The team will now operate out of Banbury alone in the UK. In addition, it has recruited David Clarke as Team Manager and Paul Willett as the Chief Mechanic, to further bolster the team's efforts. Both men come with an illustrious experience in other forms of racing. Clarke was formerly the Team Manager of reigning team and drivers' champions DS Techeetah. On the other hand, Willett comes with over 20 years of motorsport experience in the World Endurance Championship, the Blancpain and Asian Le Mans series.

Mahindra Racing has also signed a long-term deal with ZF Friedrichshafen AG and Green Hills Software to aid the race car's development in terms of performance, safety and reliability. The auto components and tech maker will support Mahindra with chassis development work, shock absorber provision and engineering services. The team is already working with ZF to develop the electric drivetrain for the 2020/21 Formula E season. Green Hills Software, meanwhile, will develop in-vehicle electronics systems focused on advanced safety and high-reliability while delivering increased software development and performance optimisation capability. The 2019/20 FIA Formula E Championship starts with a double-header on 22-23 November 2019.