The upcoming Maruti Suzuki S-Presso four key variants - Standard, LXI, VXI and VXI+, and these are extended into 10 iterations based on optional trims and transmission choices. 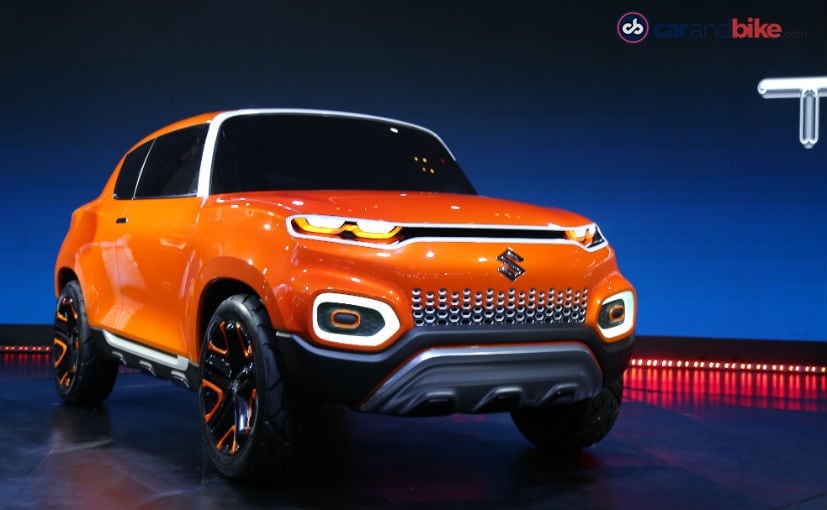 The all-new Maruti Suzuki S-Presso is ready to be launched in India on September 30. Now, just a few days before its official launch the variant details and the engine specifications of the car have leaked online. According to this transport department's leaked document, Maruti Suzuki's upcoming entry-level hatchback will be offered in four key variants - Standard, LXI, VXI and VXI+, and these are furthers extended into 10 iterations based on optional trims and transmission choices. Of course, this also affirms that the S-Presso will be sold via the Maruti Suzuki Arena showrooms.

As for engine options, being the company's new entry-level model, we were expecting the Maruti Suzuki S-Presso to get the Alto K10's 1-litre engine, and the document also confirms that. The car will come with tried and tested, Bharat Stage VI (BS6) compliant 998 cc, three-cylinder petrol engine that is tuned to churn out 67 bhp at 5500 rpm, whereas in the Alto the same power is achieved at 6000 rpm. The document doesn't reveal the torque figures, but we expect that to remain unchanged at 90 Nm at 3500. The engine, of course, will come mated to a 5-speed manual gearbox and a 5-speed AGS (Auto Gear Shift) or AMT (Automated Manual Transmission Unit). 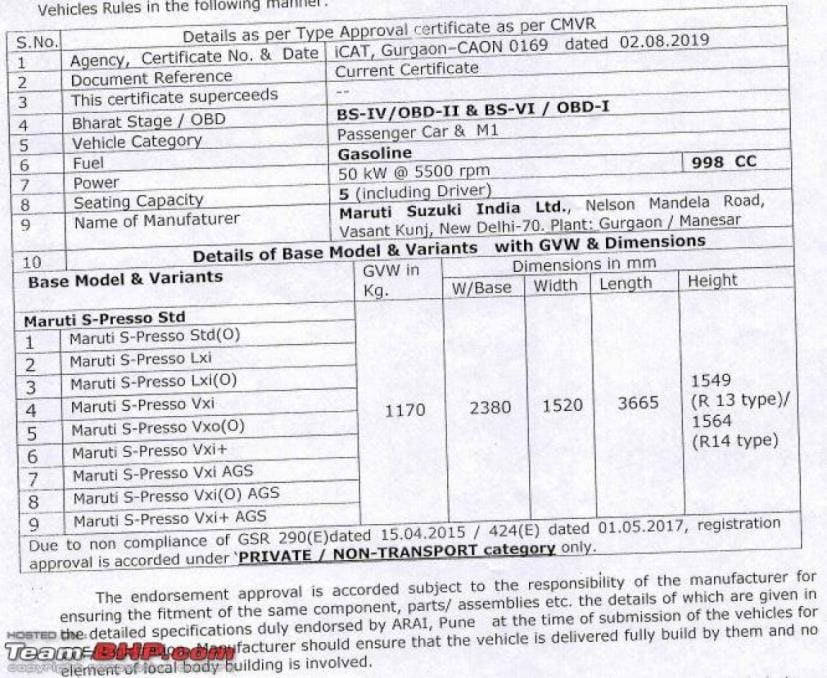 In terms of dimensions, the new Maruti Suzuki S-Presso will measure 3665 mm in length and 1520 mm in width, making it longer and wider than the Alto K10 by 120 mm and 5 mm, respectively. Also, the car will come in 2 wheel sizes, a 13-inch set, possibly for the lower variants and a set of 14-inchers, most likely for the top-end trim, offering a height of 1549 mm and 1564 mm respectively. This makes the new S-Presso taller than the Alto K10 by 89 mm. The car will also come with a 20 mm longer wheelbase compared to the Alto at 2380 mm.

The upcoming Maruti Suzuki S-Presso is based on the Heartect platform which also underpins a range of Maruti's new-age models like the Wagon R, Swift, Ignis, Baleno, Dzire, and even the Ertiga. Based on the leaked spy photos, the car will come with a jacked-up stance, tall bumper, short boot lid and horizontal taillamps. The car is likely to come with safety features like dual airbags, antilock braking system (ABS) + electronic brakeforce distribution (EBD) and reverse parking sensors. Moreover, Maruti may also consider introducing the 7-inch Smartplay studio touchscreen infotainment system in the higher variants of the S-Presso, like in the new Wagon R.