Tesla said it has sent a team to investigate the video on Chinese social media apparently showing the latest in a string of fires involving its cars. 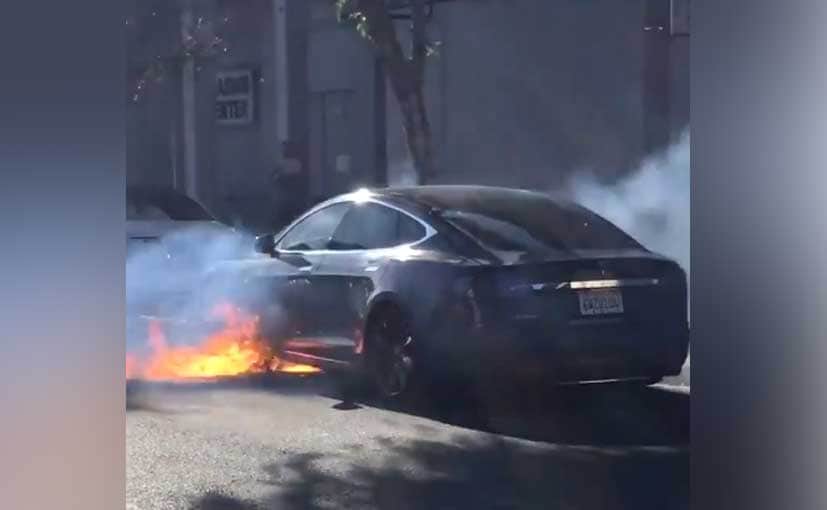 Brokerage Evercore cut its recommendation on shares of the Silicon Valley company to "sell", becoming the twelfth brokerage to ask investors to abandon billionaire Elon Musk's venture and raising bearish sentiment to its highest ever. Musk and Tesla have faced a range of challenges over the past year as one of the leaders in electric vehicle technology sought to ramp up production, deliveries and sales of the Model 3 sedan seen as crucial to its long-term profitability.

The company, which is struggling with deliveries of its higher-priced Model S and X luxury cars, said it has sent a team to investigate the video on Chinese social media apparently showing the latest in a string of fires involving its cars.

A video purportedly of the aftermath showed a line of three cars completely destroyed.

Reuters was not immediately able to verify the origins of the video, which Weibo users said was taken in Shanghai.

The cause of the explosion could not be immediately ascertained from the videos.