Ducati's Jorge Lorenzo has been signed up by Honda for the next 2 seasons and will join the reigning world champion Marc Marquez at the HRC garage. Following the exit of Dani Pedrosa from the Repsol Honda MotoGP team, Ducati rider Jorge Lorenzo has been signed up to take his seat alongside Marc Marquez. The three-time world champion has been signed by Honda for the next two seasons till the end of 2020. Lorenzo has had a disappointing season and a half during his stint with Ducati with Mugello being the silver lining. While the Spaniard took his first win for Ducati at the Italian GP last weekend, the switch to Honda, is said to have been confirmed much earlier. Meanwhile, Ducati has announced that Danilo Petrucci taking up Lorenzo's seat in the factory team alongside Andrea Dovizioso. Petrucci has been promoted to the works team after four-seasons in the factory-supported Pramac Racing team.

While Lorenzo spent a major part of his MotoGP career with Yamaha, the Spaniard did ride a Honda 250 cc back in 2005 during the first season in the intermediate class, where he finished fifth in overall standings. The rider moved to Yamaha's premier class MotoGP squad back in 2008 and spent nine years with the team taking the titles in 2010, 2012 and 2015. Lorenzo's big move came in 2016 when he switched to Ducati as its new lead rider, but the could not produce results throughout the season. 2018 too didn't start too well for the rider, until the Italian GP happened last weekend. Lorenzo currently sits 10th in the standings with 41 points, while future teammate Marquez leads the championship. 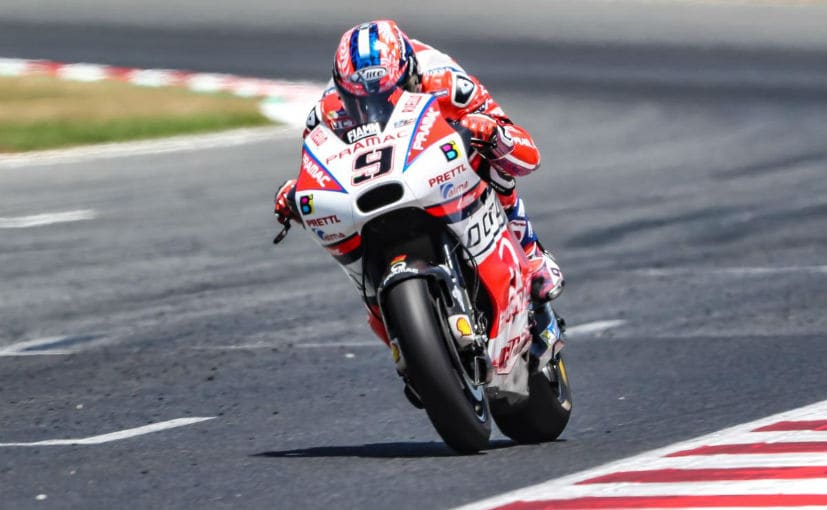 Claudio Domenicali, Ducati Motor Holding CEO, said, "First of all I'd like to thank Jorge Lorenzo for all the efforts and commitment that he has made during his time as a Ducati rider and in particular for his outstanding victory last Sunday at Mugello, which will go down in history as one of our company's legendary racing achievements. Jorge is a great champion, capable of incredible feats, and even though it is sad that he took such a long time to find the right feeling with our bike, we will continue to do everything possible to put him in a position to achieve further victories in the remaining rounds of the season and fight for the world title together with his team-mate Andrea Dovizioso. I wish to give a warm welcome to Danilo, whom we look forward to seeing in Ducati Team colours next year, together with Andrea, and who we feel sure will continue his rapid rise to success."

"From 2019, Lorenzo will become a teammate to four-times MotoGP world champion Marc Marquez: two great champions with great talent and high hopes that will make a stronger team and contribute to the development of HRC [Honda Racing Corporation]," announced the team in a statement. Both Marquez and Lorenzo are champions and together boast of some interesting statistics including a total of 11 Championships, 130 victories and 255 podiums.

With Lorenzo's seat confirmed, there is just one factory seat left that needs to be announced. Suzuki is yet to find a replacement for Andrea Iannone who moves to Aprilia next season, a seat that is likely to go to Moto2 rider Joan Mir. Dani Pedrosa, who ended his 18-year-old partnership with Honda is yet to get a seat for the next season. A new satellite team for Honda with Petronas could make that possible, as per reports.