The Bugatti Divo is set to be launched on on August 24 and will come with a net price of EUR 5 million (Rs. 40.33 Crore). The Divo is being made in a limited series of only 40 vehicles. 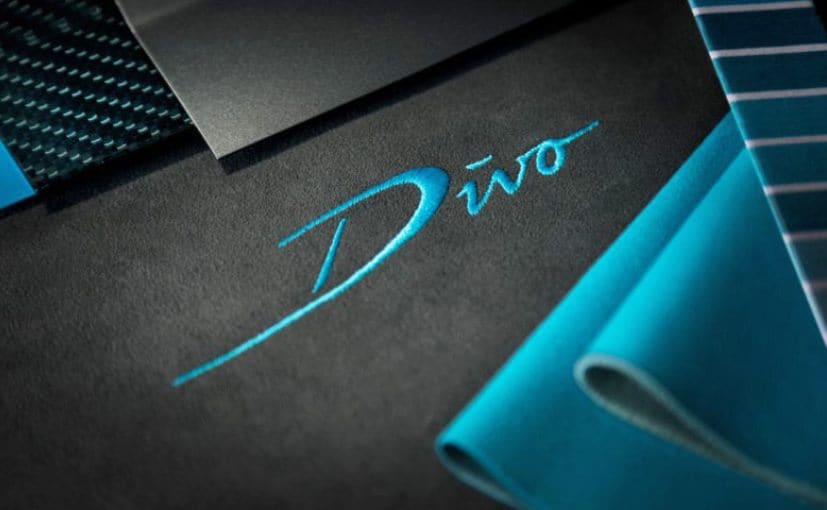 Bugatti, the maker of the iconic Veyron and later the Chiron, has announced its plan to launch a new model, the Bugatti Divo on August 24. Similar to the "Chiron," which gets its name from Monegasque driver Louis Alexandre Chiron, the Divo is named after Albert Divo, the French racing driver who won the famous Targa Florio race on a mountainous circuit in Sicily for Bugatti twice in the late 1920s. The Bugatti Divo will make its world premiere at "The Quail - A Motorsports Gathering" in California, USA, and the company will be making only 40 examples of the car and it will come with a whooping price tag of EUR 5 million ( ₹ 40.33 crore).

Earlier, the Bugatti Divo was expected to be a special edition model of the Chiron however, in the announcement made by Bugatti, the French carmaker has made no mention of its current supercar. The new Bugatti Divo will come with a strong design language and is claimed to be light and nimble and will boast enormous downforce and g-forces, offering improved handling properties. In fact, the car is expected to be even lighter than the Chiron Sport, offer better aerodynamics with improved acceleration.

Talking about the new Bugatti Divo, Stephan Winkelmann, President of Bugatti Automobiles S.A.S. said, "Happiness is not around the corner. It is the corner. The Divo is made for corners. With the Divo, we want to thrill people throughout the world. With this project, the Bugatti team has an opportunity to interpret the brand DNA in terms of agile, nimble handling in a significantly more performance-oriented way."

While Bugatti hasn't revealed anything else about the new Divo, the supercar and to know more we'll have to wait for its official unveiling. We expect the car to get the same 8.0 Litre W16 engine that powers the Chiron offering a maximum of 1,479 bhp and 1,600 Nm. The Chiron gets an electronically limited top speed of 420 kmph and can do 0-100 kmph sprint in less than 2.5 seconds. The Divo is expected to be quicker.