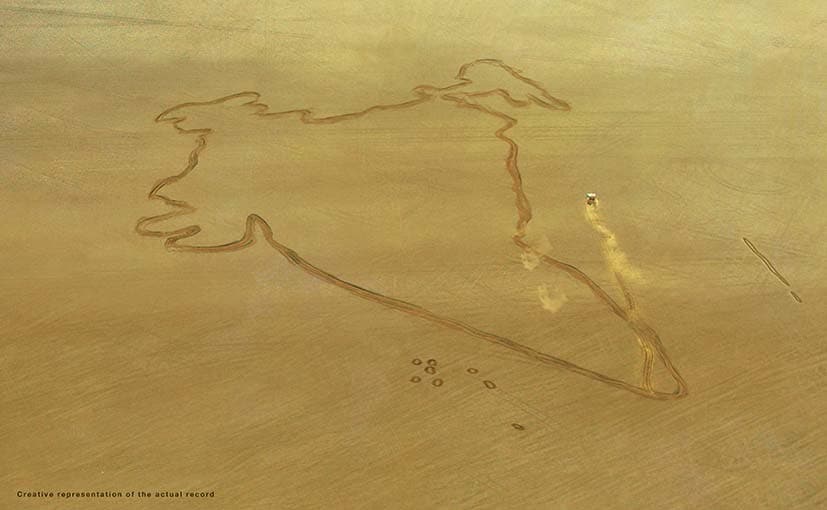 Nissan GT-R will soon find its name in the Limca Book of Records for the world's largest-ever outline of a country map. Celebrating India's 68th Republic Day, Nissan India put together this record-breaking tribute starring the Nissan GT-R sports car, which carved out the approximate map of India spanning three sq. km. on the dry surface of Sambhar Lake in Rajasthan.

The Japanese carmaker said it chose the Sambhar Lake in Rajasthan as the location for the attempt for its level and dry lakebed surface and soil which is soft enough to leave a deep impression to be captured by camera drones high above. Professional rally driver Rahul Kanthraj piloted the red Nissan GT-R to achieve the record. The company created the map by plotting the co-ordinates on a GPS device and multiple laps to approximate the actual map. The map was nearly 3km long and 2.8km wide with a total outline periphery of 14.7km. 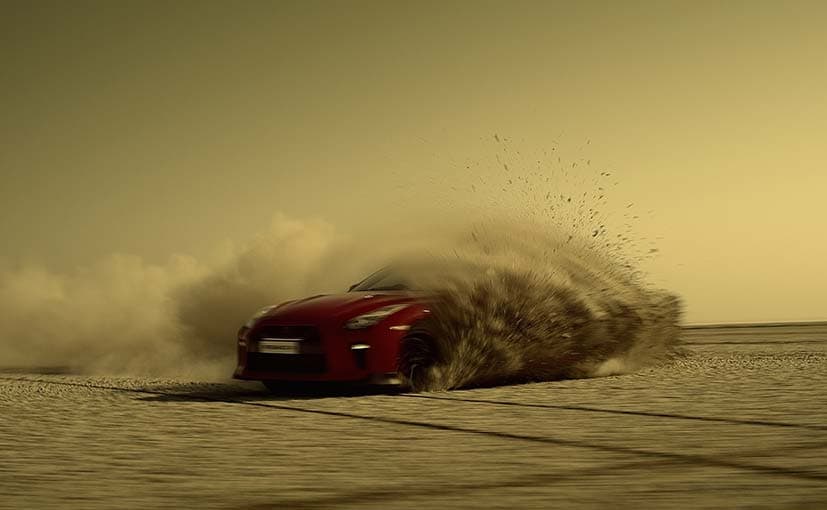 Nissan GT-R, first showcased in India at the 2016 Auto Expo, was launched here last year in December 2016. Produced at Nissan's plant in Tochigi, Japan, the sixth generation GT-R comes powered by a 3.8-litre handbuilt twinturbo V6 engine, mated to a six-speed automatic gearbox, developing 562bhp and 637Nm of maximum torque. The Godzilla can dispatch the 0-100 kmph run in under three seconds. Read more interesting facts about the Nissan GT-R here.

It may be interesting to note that Bollywood actor John Abraham was the first customer to take the delivery of the Nissan GT-R in India. His is a special Nissan GT-R Black edition that gets an all-black exterior with black alloy wheels and orange calipers.