The Cayenne Coupe will be sold as a completely built unit (CBU) in India and will be identical to the European model. 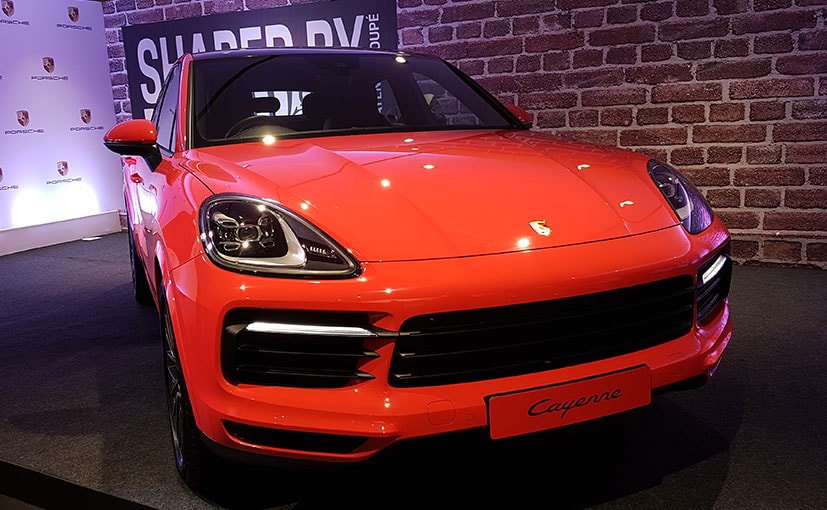 View Photos
The Porsche Cayenne has been launched in India with the option of V6 and V8 engines.

Porsche has finally launched the new Cayenne Coupe in India with prices starting at ₹ 1.31 crore for the V6 variant and ₹ 1.97 crore for the top notch V8 variant, all prices ex-showroom India. It was one of the highly anticipated launches in the supremely elite segment and is the coupe derivative of the Cayenne, with a sharp tapering roofline that falls onto the tail. Like all Porsches, even the Cayenne Coupe will be sold as a completely built unit (CBU) in India and will be identical to the European model. The key highlights on the all-new Porsche Cayenne Coupe include sharper sculpting at the rear for obvious reasons, an adaptive rear spoiler, a rear bench with the characteristics of two individual seats and different roof concepts- a panoramic fixed glass roof which is standard an optional carbon fibre roof that comes along with the optional carbon fibre package. 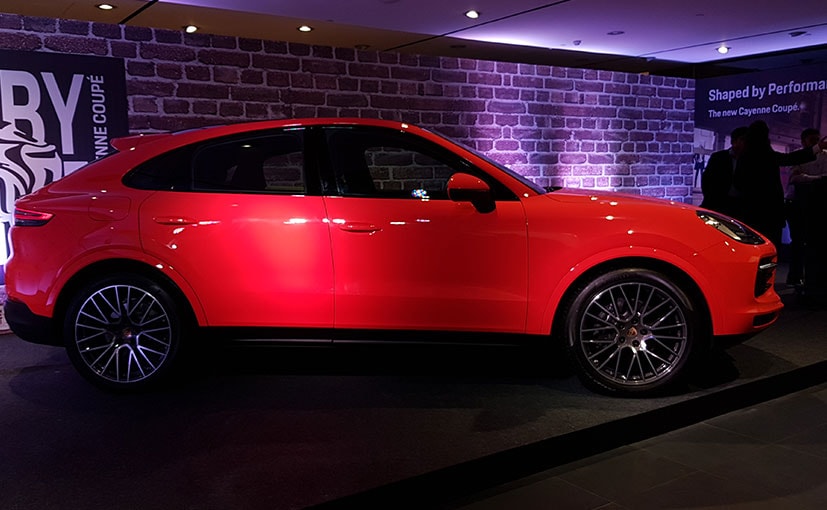 Now other than the unique rear of the car, there Cayenne Coupe also has a character of its own which helps in differentiating it from the regular SUV. For starters, the front windscreen and A-pillar are slimmer than in the Cayenne, as the roof edge that has been lowered by around 20 mm. Redesigned rear doors and fenders have broaden the shoulders of the coupe by 18 mm and that builds up on its overall muscular impression. The rear number plate is integrated into the bumper and it gets adaptive roof spoiler. The current Cayenne Turbo was the first SUV to feature this type of active aerodynamics and the Coupe body design adds up to that novelty. On each Cayenne Coupé, a roof spoiler is combined with a new adaptive rear spoiler as part of Porsche Active Aerodynamics (PAA). The spoiler is integrated into its silhouette and extends by 135 mm at speeds of 90 kmph and up, increasing the contact pressure on the rear axle, while PAA simultaneously enhances efficiency. On each Cayenne Coupé, a roof spoiler is combined with a new adaptive rear spoiler as part of Porsche Active Aerodynamics (PAA).

Porsche claims that the centre seam gives the roof the characteristic look of a sports car, quite similar to the Porsche 911 GT3 ₹ The carbon roof is available in one of the three lightweight sports packages which also include the Sport Design features, weight-reduced 22-inch GT Design wheels, seat centres in classic checked fabric, as well as carbon and Alcantara accents in the interior. For this model particularly, the package also includes a sports exhaust system. 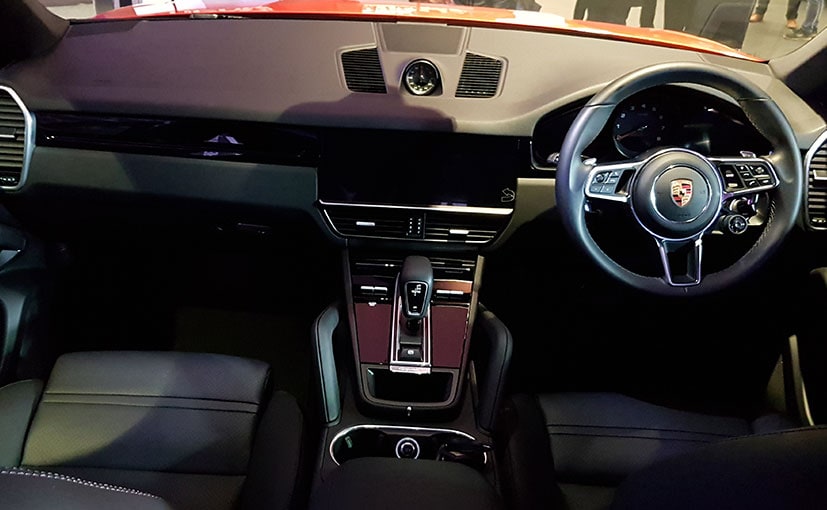 On the inside, the Porsche Cayenne Coupe gets similar interiors as the Cayenne, save for individual seats at the rear.

Except for two individual seats at the rear, its cabin is identical to the regular sedan and looks really sporty draped in all-back. The comfort rear seats - a familiar feature of the Cayenne - can be ordered at no additional cost. Rear passengers sit 30 mm lower than in the Cayenne to adjust the rear seat in a bid to get the desired silhouette. The boot capacity at 625 litres is ideal for everyday use - and rises to 1,540 litres when the rear seats are folded down. Surprisingly, the regular Cayenne Coupe offers 600-litres to 1,510 litres.

Also Read: Porsche Flying Car On The Cards As It Partners With Boeing 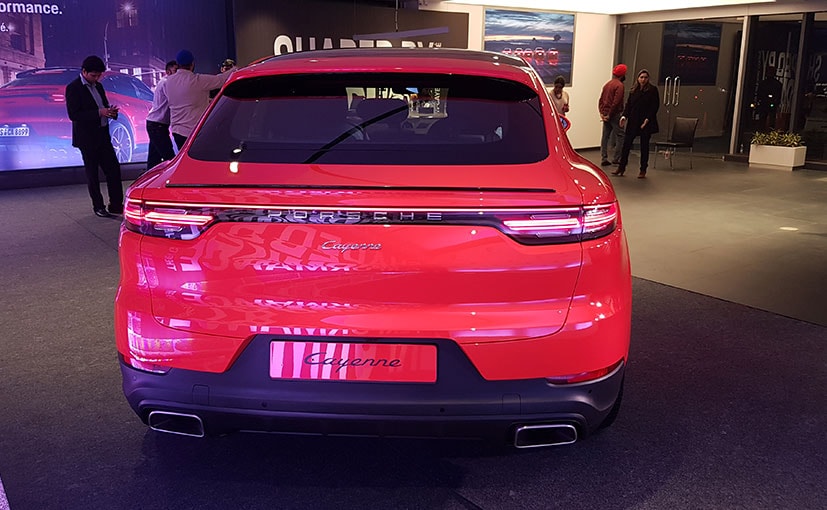 The Porsche Cayenne Coupe gets Sport Chrono Package as a standard fitment.

Under the hood, the all new Cayenne Coupe gets two high-performance motors. The first one is a 3.0-litre V6 turbocharged engine that delivers 335 bhp and maximum torque of 450 Nm. The Sport Chrono Package which comes as a standard fitment aids in clocking triple digit speed in six seconds and the figure drops to 5.9 seconds with the optional lightweight sports packages, further taking a top speed is 243 kmph. The top-of-the-line Cayenne Turbo Coupe is powered by a 4.0-litre twin-turbocharged V8 engine that churns out 542 bhp and a peak torque of 770 Nm, enough to do a 0-100 kmph sprint of in just 3.9 seconds, further clocking a top speed of 286 kmph. 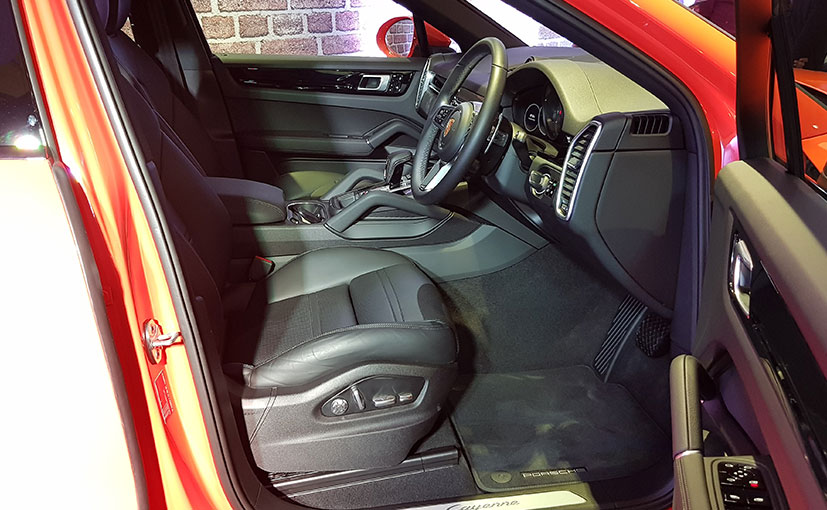 The cabin is draped in soft-touch Alcantara leather.

The Cayenne Coupe V6 rivals the likes of the Mercedes-Benz GLE Coupe, BMW X6 and the upcoming Audi Q8 while the top-ranging Cayenne Coupe V8 locks horns with the Lamborghini Urus.