It was a pre-series Taycan, and test driver Lars Kern conquered the legendary track, in seven minutes and 42 seconds. 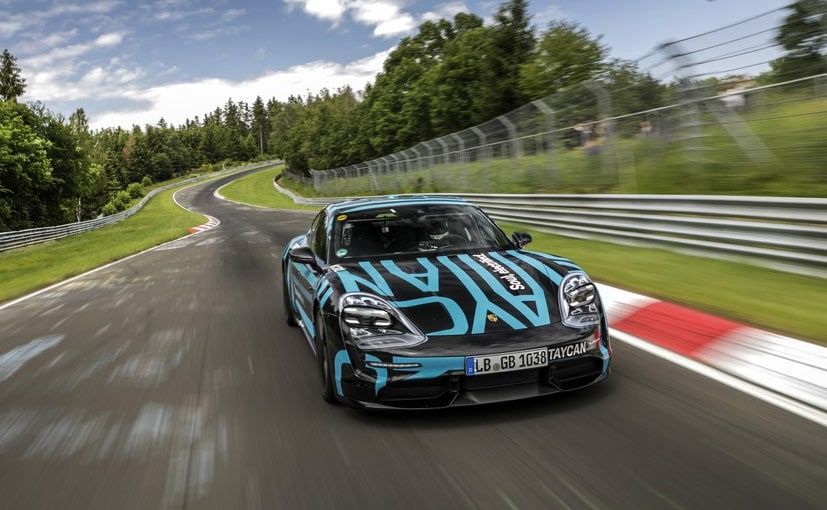 Porsche has set a new record for four-door, all-electric sports cars on the 20.6-kilometre Nurburgring-Nordschleife course. It was a pre-series Taycan, and test driver Lars Kern conquered the legendary track, in seven minutes and 42 seconds. We already told you about the 24 hours test that the Porsche Taycan conquered at the Nardo high-speed track. The electric sports car covered a distance of 3425 km and that too in sizzling temperatures and the speed was between 195 and 215 kmph. The prototype would only pause for quick charging stops and driver changes.

Stefan Weckbach, Vice President Product Line Taycan said, "Our electric sports car demonstrated the reproducibility of its performance as part of a strenuous test involving 26 successive acceleration runs from zero to 200 kmph. Then it completed 3,425 kilometres within 24 hours in Nardo and now the record at the Nurburgring-Nordschleife. Numerous factors contribute to this performance and the efficiency of the powertrain, also at high speeds. These include the chassis systems that react within a fraction of a second as well as the outstanding aerodynamics." 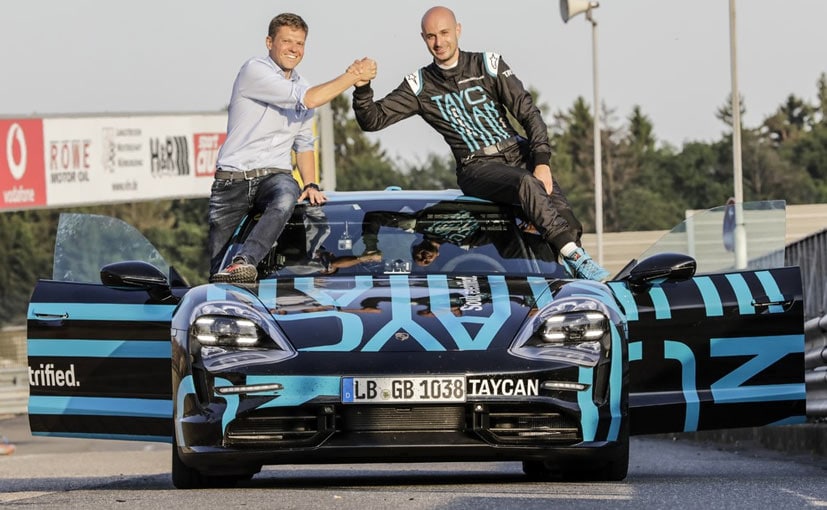 Lars Kern steered the Porsche Taycan around the Nurburgring in seven minutes and 42 seconds.

The Taycan has two electric motors on the front and rear axles and therefore features all-wheel drive. The all-wheel drive and traction control systems operate significantly faster than conventional systems. For example, if one wheel has more slip, the electric motors regulate it within a fraction of a second. Then there's the integrated Porsche 4D-Chassis Control, which analyses and synchronises all chassis systems in real time. There's also adaptive air suspension with three-chamber technology including electronic damper control PASM (Porsche Active Suspension Management), as well as the Porsche Dynamic Chassis Control Sport (PDCC Sport) electromechanical roll stabilisation system, including Porsche Torque Vectoring Plus (PTV Plus). The record-breaking car also featured rear-axle steering and 21-inch tyres. 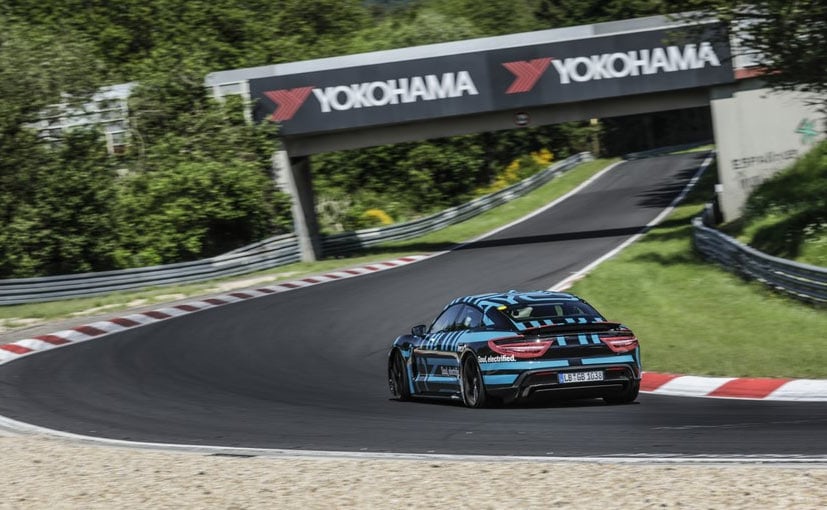 The Taycan is the first production vehicle with a system voltage of 800 volts rather than the usual 400 volts for electric cars. There are of course driving modes on the Taycan and in Sport Plus mode, driver requests are implemented in an extremely dynamic way. As a result, the battery's cooling and heating strategy has been designed for maximum performance. At the same time, the cooling air flaps are opened, the rear spoiler is extended early on for minimal lift, while the chassis set-up becomes optimised for maximum race track performance, and the suspension permanently set in the lowest position.