The new-gen Volkswagen Touareg is expected to make its global debut next year, most likely at the Auto China Show 2018, in April. The SUV is based on the existing Audi Q7's MLB Evo platform and is a lot more equipped than the previous-gen model. 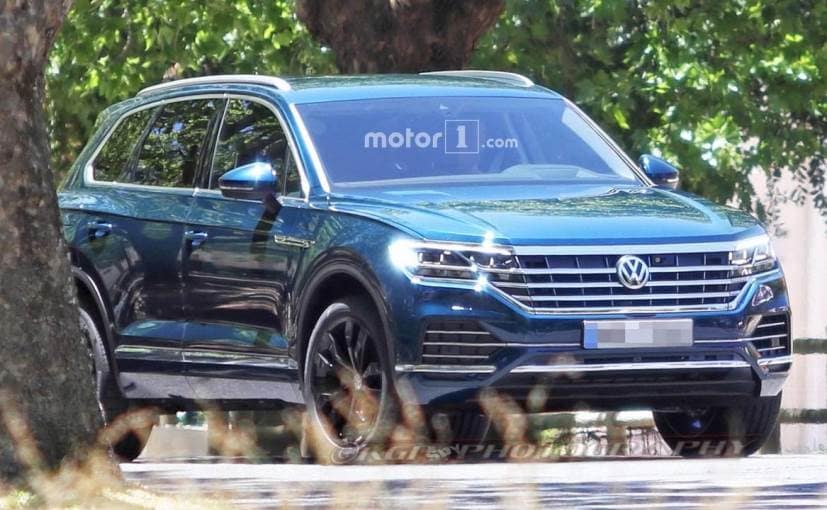 View Photos
The next-gen Volkswagen Touareg looks a lot sharper, stylish, and well-equipped than the older one

A production-ready version of the next-generation Volkswagen Touareg SUV was recently spotted testing sans camouflage. The new-gen Touareg, which is expected make its debut next year, possibly at the Auto China Show in Beijing in April 2018. In fact, it was only last month that a test mule of the upcoming Touareg SUV was spotted in China, but of course, with subtle disguise. This time, however, we have clear images of SUV from almost all angles and with all the necessary logos and badging intact. The SUV was probably out for some kind of TV commercial shoot, when it was caught on the camera. Volkswagen Touareg was possible spotted during an Ad shoot

The first glance at the SUV itself will tell you that the new Volkswagen Touareg looks a lot sharper, stylish, and well-equipped. The SUV shares are based on the same MLB platform like the Audi Q7 so there are some styling bits that remind us about the latter. Up front, the SUV comes with a new wider grille with prominent chrome slats that seamlessly connect with the stylish LED headlamps on either end. The SUV also comes with a nice well-sculpted front bumper that houses large air intakes and black underbody cladding for the bumper. 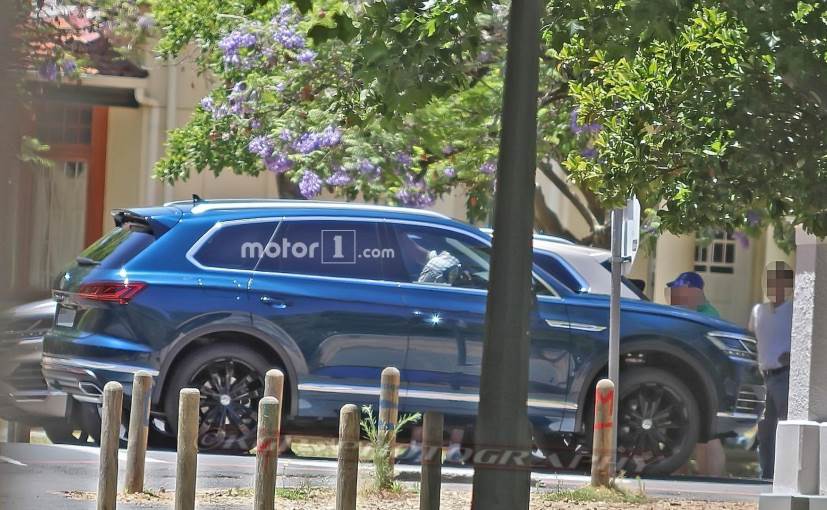 We can see that the cladding is further extended over the wheel arches the house a stylish set of black twin-five-spoke alloy wheels, possible 19-inchers. The SUV comes with some subtle character lines along the profile, a prominent shoulder line, chrome element on the front door, electrically operable ORVMs. The rear of the SUV features a pair wraparound LED taillamps with the VW and Touareg badging at the centre. The rear bumper is also new and comes with a wide chrome-tipped exhaust. Under the hood, the all-new Volkswagen Touareg is expected to draw power from 2-litre petrol and diesel engines on the base models, while the premium variants will get the 3-litre V6 petrol and diesel engines. The powertrain options will come paired with an 8-speed DSG transmission with All-Wheel Drive (AWD) offered as optional. There are also rumours of a hybrid version on the Touareg, but nothing has been confirmed yet.

Despite the fact the the Touareg was once a part of Volkswagen India's line up, right now there is no word on the possibility of the SUV coming to our shores. Having said that we believe, the company's bigger 7-seater Volkswagen Atlas, holds better potential for the Indian market, instead of the 5-seater Touareg, especially considering the fact that we already have smaller Tiguan in India.