Royal Enfield has opened the bookings for the Super Meteor 650, but only for the attendees of Rider Mania 2022 for now.
By Mihir Barve 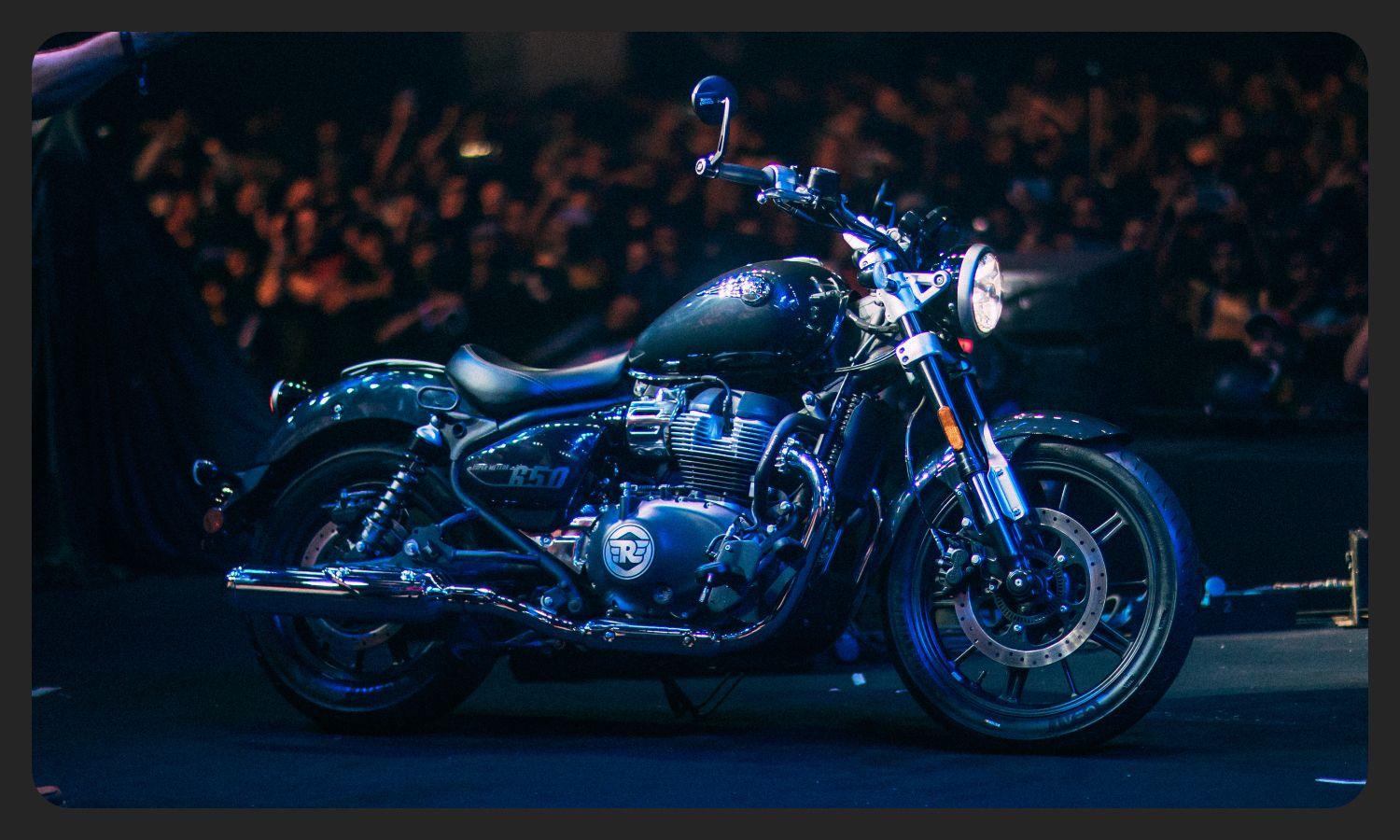 The Royal Enfield Super Meteor 650 boasts the quintessential retro cruiser design with an upright riding position, a tear-drop shaped fuel tank, a chunky fender for the rear tyre, circular LED headlight (a first for any RE motorcycle), a round taillight, an old-school two-piece scalloped seat with no grab-rails, and twin-exhaust setup which is prominently positioned. The Royal Enfield Meteor 650 builds up on the Meteor 350's design and looks quite like an elder sibling to RE's junior cruiser. Additionally, it gets up-side down forks up front, which are also a first for any RE motorcycle. It is built on the same platform as the 650 twins, but employs a new tubular steel frame for a more comfortable and a relaxed riding position. The cruiser is powered by the same 648 cc parallel-twin oil/air cooled engine which is mated to a six-speed gearbox, and it belts out 47 bhp at 7,250 rpm and peak torque output of 52.3 Nm at 5,650 rpm. 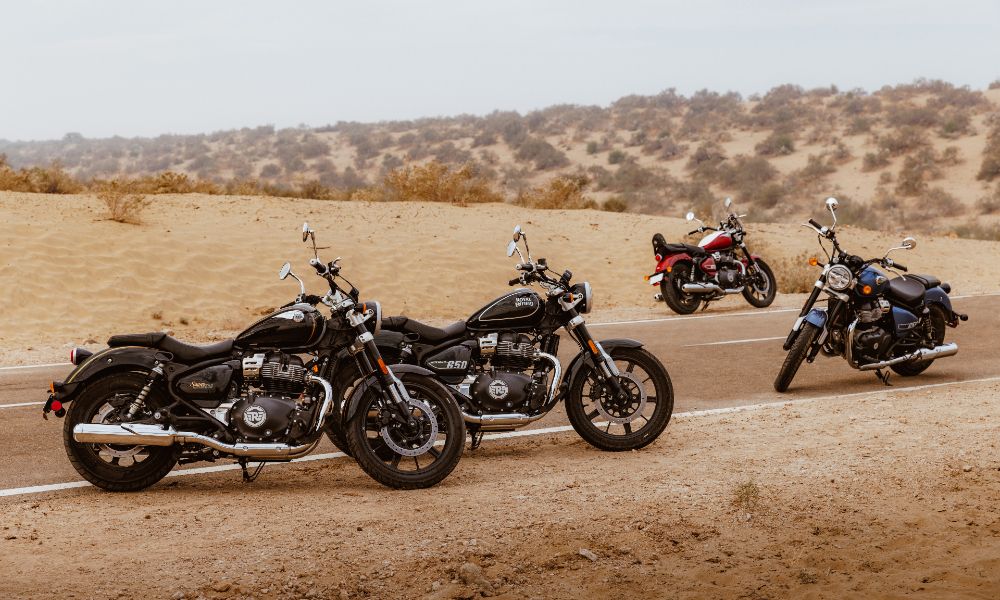 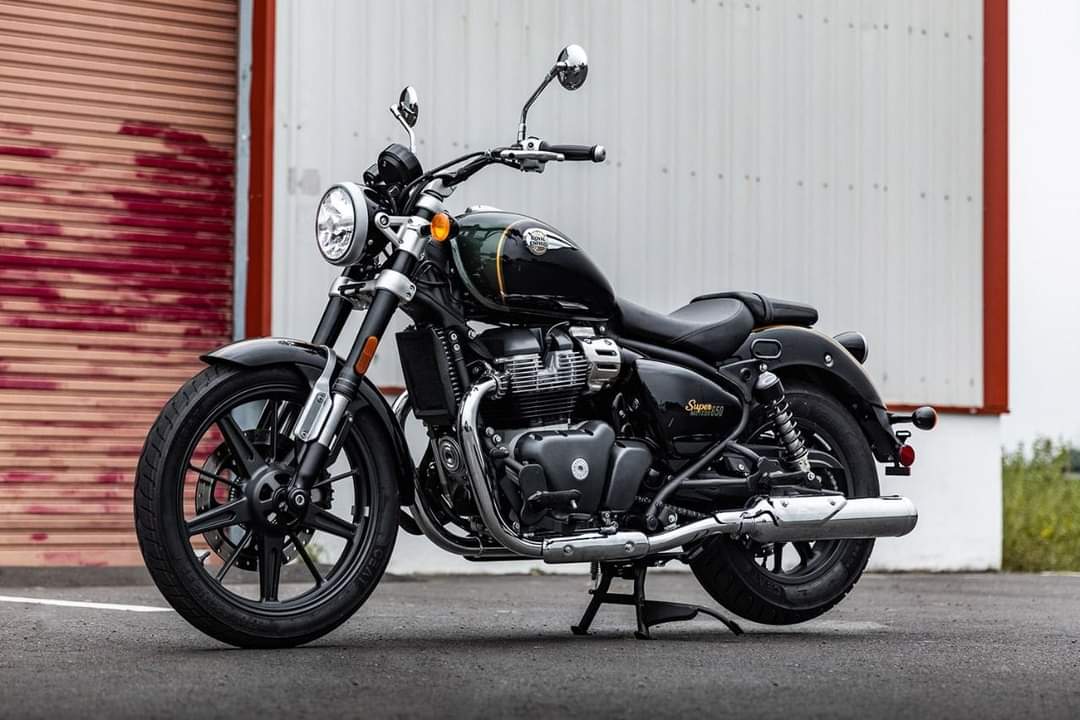 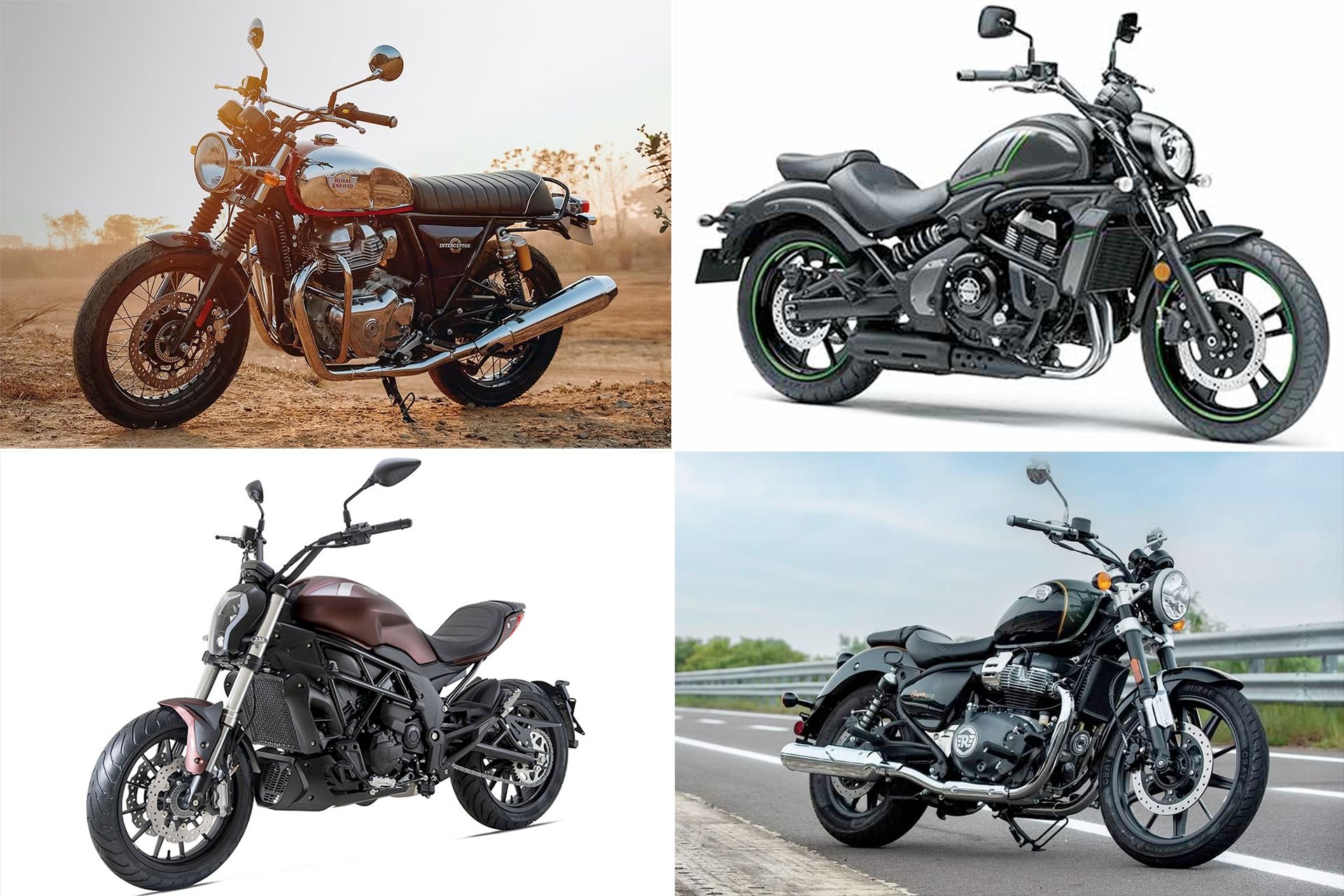 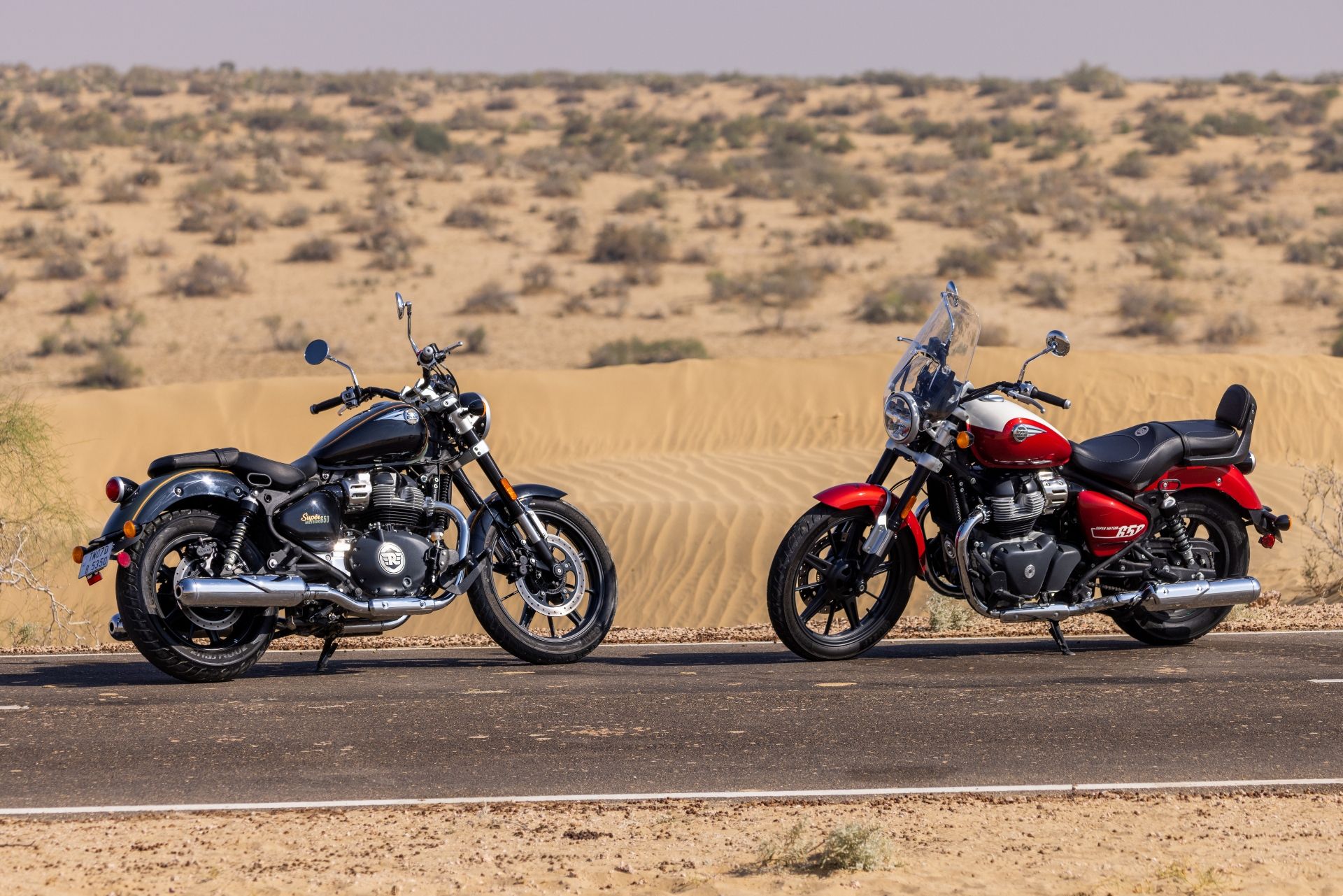 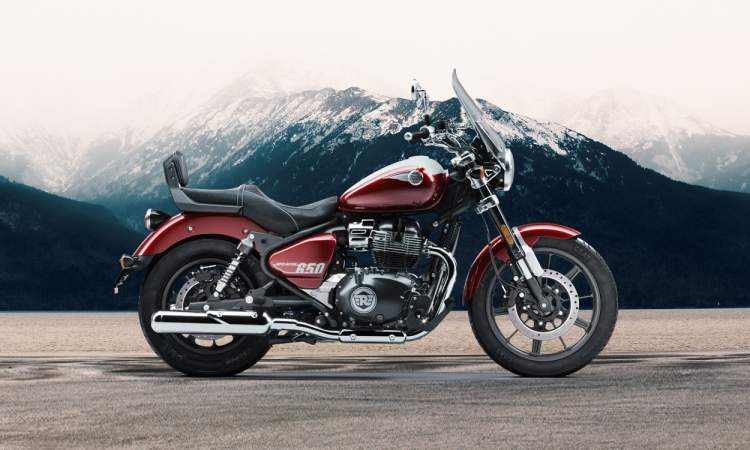