Scheduled for release next year, the 25th Bond movie will feature the classic Aston Martin DB5, 177 Vantage V8 Series II, DBS Superleggera and the new Valhalla supercar; all of which will join the new Land Rover Defender. 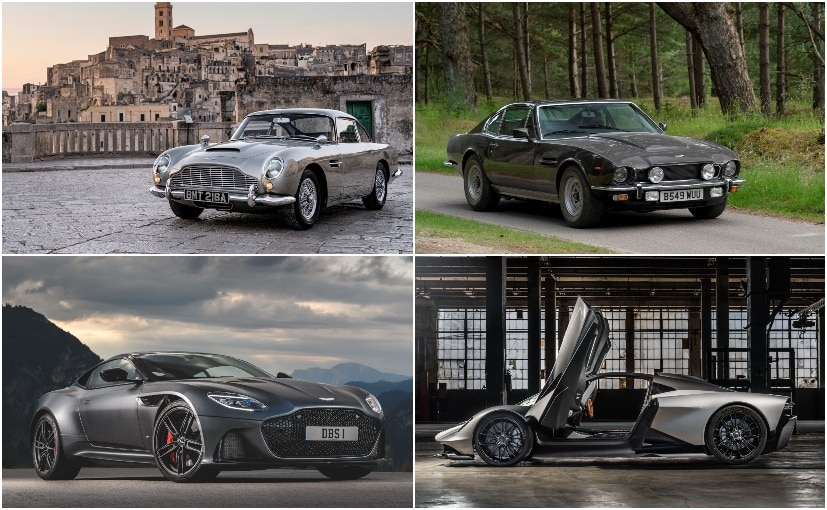 British carmaker Aston Martin and the fictional MI6 spy James Bond have had a long-standing association and the former has been synonymous with Bond films of over 50 years now. To reaffirm this association, Aston Martin will be featuring four of its iconic cars in the 25th instalment of the movie franchise that's quite aptly named 'No Time To Die.' The movie will feature the classic Aston Martin DB5, 177 Vantage V8 Series II, DBS Superleggera and the new Valhalla; all of which will join the all-new Land Rover Defender. The upcoming spy flick is slated for release on April 8, 2020.

The Aston Martin DB5 has been nearly synonymous with the James Bond movies, having featured in eight out of 24 movies so far. Movie-goers will remember the car being equipped with all kinds of spy gear when it first appeared in the 1964 movie Goldfinger. Another classic Aston Martin that will appear is the 1977 Series II V8 Vantage that featured in the movie The Living Daylights. The car was produced between 1977 and 1989 with only 534 examples manufactured during its production run. The Vantage Series II also earned the nickname 'Britain's first supercar' courtesy of its monstrous engine under the bonnet.

For those looking at something new, the Aston Martin DBS Superleggera will also feature in the upcoming action flick. The car is an evolution of the DB11 series and is powered by a massive 5.2-litre turbocharged motor that develops 715 bhp and a whopping 900 Nm of peak torque.

Past, present and future.

To mark the 25th Bond film, #NoTimeToDie, four of our cars will be featured in the film.

From the classic DB5 and V8 Vantage, to the new DBS Superleggera and Aston Martin Valhalla, there is something for every Bond fan.#JamesBondDay@007 pic.twitter.com/cmKvswriHo

The last and certainly the most eye-catching member of the Bond 25 line-up is the Valhalla, the brand's new mid-engined supercar. The car was previously known as the AM-RB 003 during development and combines the brand's learnings from Formula 1, into a roadgoing supercar. The Aston Martin Valhalla uses a twin-turbocharged V6 motor with KERS that belts 986 bhp and will enter production in 2021 at the company's facility in Gaydon. With only 500 examples to be produced, the Bond 25 movie just might be the only time you'll get a really close look at the Valhalla.

In addition to the Aston Martins, expect to see a number of Jaguar Land Rover offerings to also feature in No Time To Die. This includes the Jaguar XF, Land Rover Discovery, Range Rover and more. Bond 25 will see actor Daniel Craig reprise his role as James Bond for the last time while Rami Malek will be stepping in as the new Bond villian. Actors Naomie Harris, Lea Seydoux, Ralph Fiennes, Ben Whishaw and others reprise their roles from the previous installments.