The Audi Q8 will be launched in India during the festive season, so expect it to be here by October or November this year. 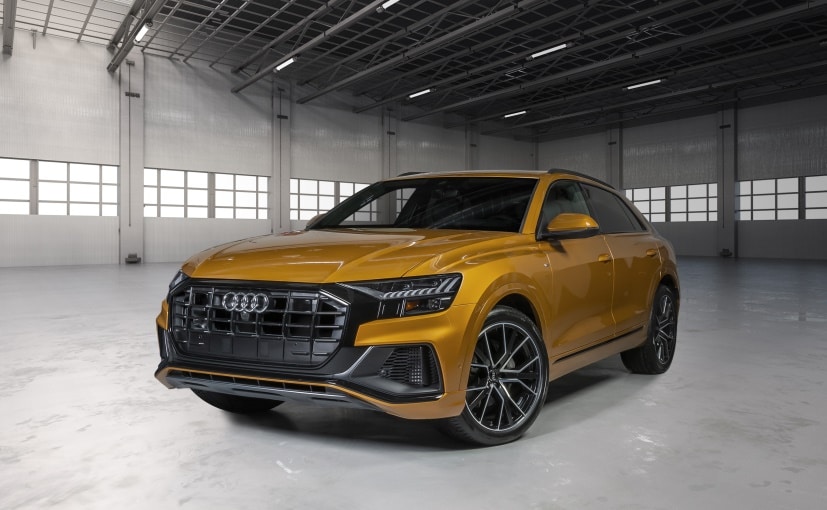 It might have been a very slow start to 2019 for Audi India, but the second half of the year brings in a burst of action. Audi has announced that it will launch 4 cars in India by the end of 2019 and as we told you earlier, it will all start with the launch of the new generation of the A6. But the Q8 Coupe- SUV will soon join the line-up. The Audi Q8 will be the company's first coupe-SUV from the Ingolstadt-based carmaker and will be the range-topping model in Audi's Q line-up, which was up until now led by the Audi Q7. The Q8 will be launched in India during the festive season, so expect it to be here by October or November this year.

Speaking to carandbike about upcoming models in India, Rahil Ansari, Head of Audi India said, "We may have one or the other surprise still for the audience in terms of product launches, which is good. I will not comment on this but it starts with a 'Q'." When asked whether it's coming in 2019, Ansari said, "I cannot confirm anything but we are trying our best to really squeeze that car in." Further talking about the future of the Q range in India, Rahil mentioned, "Not confirming that the Q8 is coming but, the Q8 could of course potentially do well in India, because it's a great size, it's a good balance of an SUV, like a Q7, but a little sportier, little more dynamic." 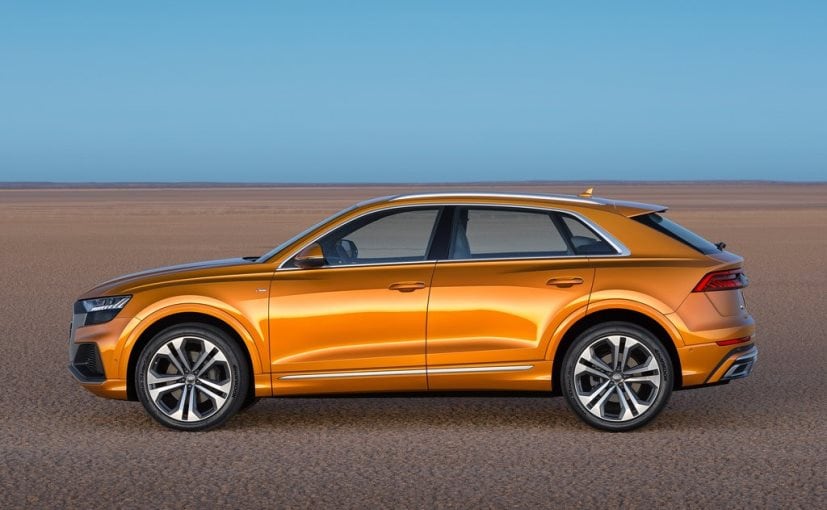 The Audi Q8 is based on the same platform as the Q7 but gets a more premium treatment in design & features.

The new Audi Q8 is built on the same aluminium-rich platform that underpins the like of the Audi Q7, the Lamborghini Urus and the Bentley Bentayga. In terms of dimensions, the Audi Q8 measures 4999 mm in length, 2011 mm in width and 1710 mm in height, which makes the Coupe-SUV wider, shorter and lower than its Q7 sister model. Visually, the Q8 comes with an imposing stance accentuated by the bold and aggressive face which comes with a large single-frame grille with fat borders with both vertical and horizontal slats that come with chrome highlights. The grille is flanked by a pair of sleek LED headlamps with HD Matrix LED technology available as an option and 3D-effect daytime running lamps. The front bumper comes with a beefy skid plate and large air intakes, while the sloping bonnet features prominent character lines adding to the muscular look of the new Q8.

The rear section comes with roof-mounted spoiler and wide LED taillamps with a digital character, which are connected by a light strip creating the impression of one single unit. The rear bumper looks well-designed and features a mesh design element that houses the sensors, while below we have the rear skid plate and styling inserts finished in dark chrome. 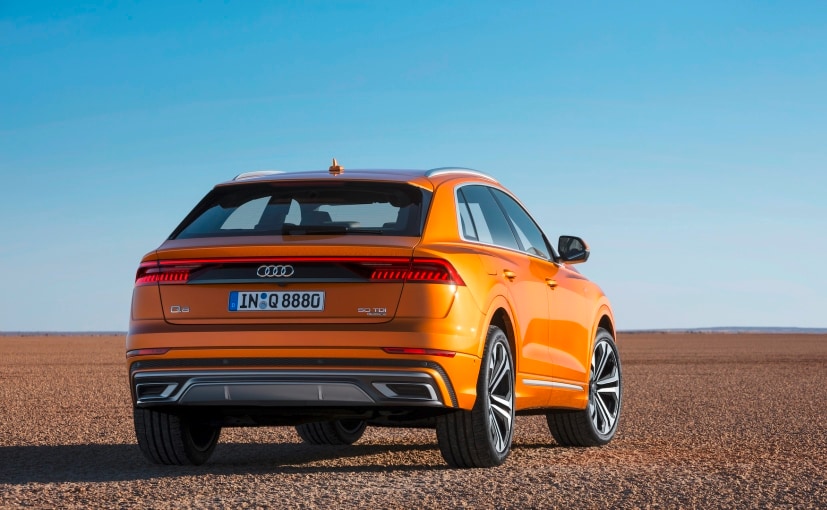 On the equipment front, the SUV features a host of tech like adaptive cruise assist, efficiency assist, crossing assist, lane change warning, curb warning and 360-degree cameras. One highlight is the remote garage pilot, which will come in early 2019, allows the drive to guides the SUV into a garage and back out again autonomously, and all can be done by the myAudi app on their smartphone. Behind all of these features is the central driver assistance controller. It continuously computes a differentiated model of the surroundings and uses this to manage the assistance systems. The required data are obtained - depending on the selected options - from up to five radar sensors, six cameras, twelve ultrasound sensors and the laser scanner.

The Q8 will get a 3.0-litre V6 TDI in the Q8 50 TDI variant delivering 286 bhp and 600 Nm of torque, which are channelled to all four wheels through an eight-speed tiptronic automatic transmission and Audi's Quattro AWD system. Later the Q8 will also get a less-powerful 3.0 TDI and a 3.0 TFSI petrol variant offering 340 bhp.