EXCLUSIVE: Citroen C5 Aircross SUV Will Be The Company's First Model For India

Citroen has confirmed the C5 Aircross for India as a CKD unit and will be later joined by the C3 Aircross subcompact SUV. 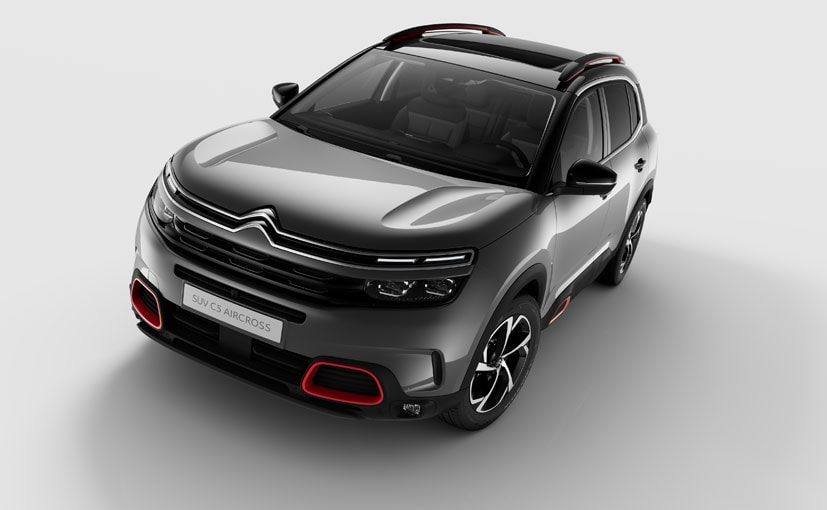 View Photos
The Citroen C5 Aircross will be locally assembled in India at Group PSA's Hosur plant in Tamil Nadu.

carandbike can now confirm that the Citroen C5 Aircross SUV will be the first product of the French carmaker in India. In fact it was also spotted testing recently. According to our sources in the European headquarters, the Citroen C5 Aircross which was globally unveiled last year will come to India via the completely knocked down (CKD) route and will be assembled here using about 70 per cent local contents at its Hosur plant in Tamil Nadu and we expect it to come here by 2021. It was just a few days ago Groupe PSA announced that it will bring the Citroen brand to India and we even gave you an idea of the line-up of cars that one should expect in the country. 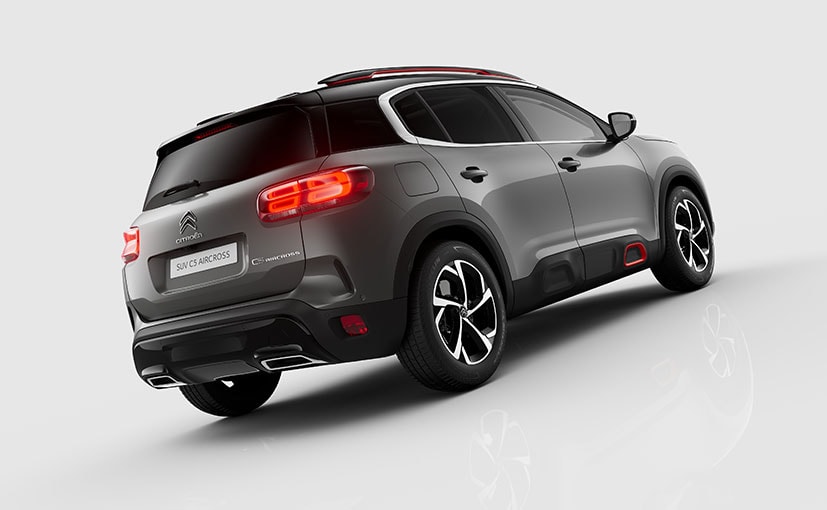 The Citroen C5 Aircross range has the 2.0-litre diesel and 1.2-litre petrol engines which are already being exported from India.

The new Citroen C5 Aircross is one of the design finalists for the prestigious World Car Of The Year (WCOTY) design award. It measures 4500 mm long and is powered by a 2-litre diesel engine and 1.2-litre petrol engine which are mated to an eight-speed auto transmission as standard. These drivetrains (engine + gearbox) are already being manufactured at the Hosur plant for exports. The cabin is equipped with an 8-inch touchscreen infotainment system along with a 12.3-inch TFT-digital instrument screen and gets 20 new age driver assistance features. The Citroen C5 Aircross, when launched, will compete with the Jeep Compass and Hyundai Tuscon in India. 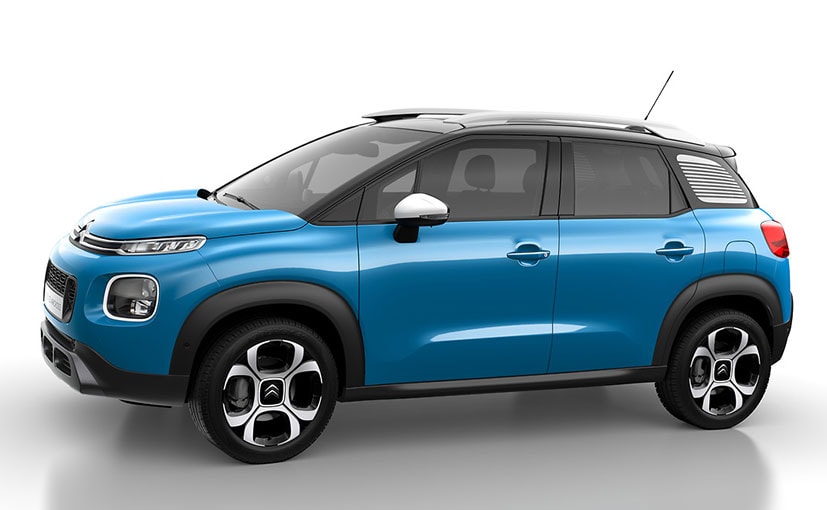 The Citroen C3 Aircross facelift is the second model which is being evaluated for India.

Citroen is also evaluating the C3 Aircross as the second model for India which will likely be launched in FY2021 after its scheduled facelift. The facelifted Citroen C3 Aircross will also be assembled at the Hosur plant which Citroen has established along with the CK Birla Group under a 50:50 Joint venture.

Also Read: Here Are 5 Citroen Models That Could Be Considered For India

The Citroen C3 Aircross on other hand is a compact SUV measuring at 4154 mm but the Indian version is likely to be a subcompact SUV measuring under 4 metres and will be pitted against the Maruti Suzuki Vitara Brezza, Ford Ecosport, Tata Nexon and the recently launched Mahindra XUV300. The Indianised C3 Aircorss will be more of a jacked up C3 hatchback and the engine line-up is likely to be identical as well. The petrol will be the 1.2-litre three-cylinder turbocharged unit and the diesel will be the 1.5-litre, four-cylinder turbocharged motor. 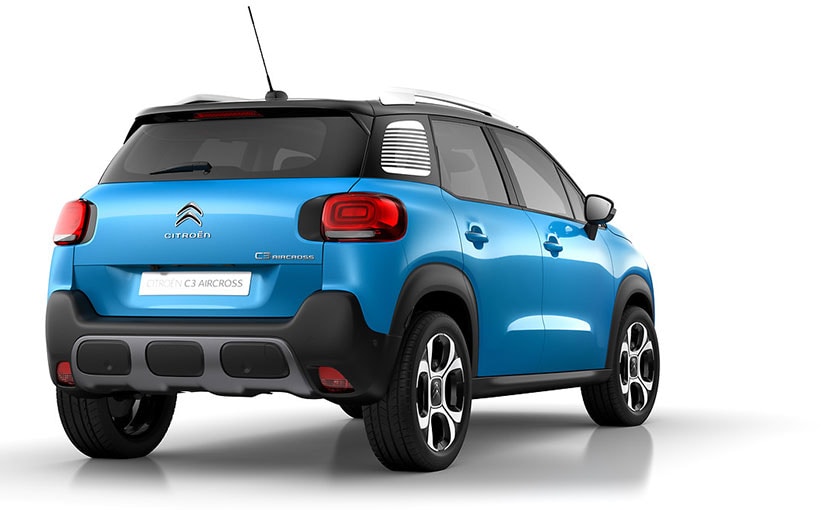 The Indianised version of the Citroen C3 Aircross will be a subcompact SUV and will be more of a jacked up C3 hatchback.

Groupe PSA which owns the Citroen brand has invested ₹ 600 crore in the plant so far and is targeting to manufacture 50,000 units in the first year of its operation including exports. The manufacturing plant has a capacity to roll out 200,000 powertrains and 300,000 transmissions annually. 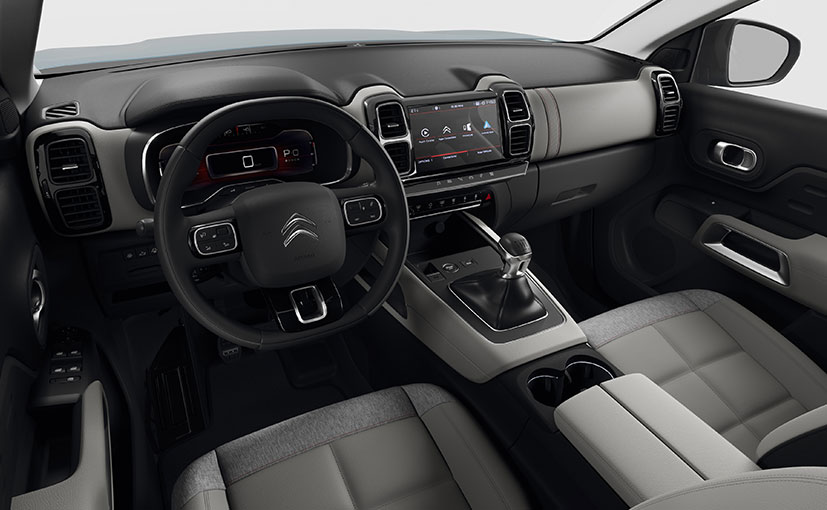 The Citroen C5 Aircross is equipped with an eight-inch touchscreen along with a 12.3 inch TFT-digital instrument display.
0 Comments

Group PSA is gearing up to begin its third inning in India with the Citroen brand which globally has been positioned premium to Peugeot. The group in its recent financial results announced to launch the brand in India in FY 2021 which is when we can expect these new models to come to our market.