In a major GST impact on cars, hybrids will attract 43 per cent tax according to the GST framework and this means that the rate has more than tripled, which will increase prices of the Maruti Suzuki Ertiga and Ciaz mild hybrids. 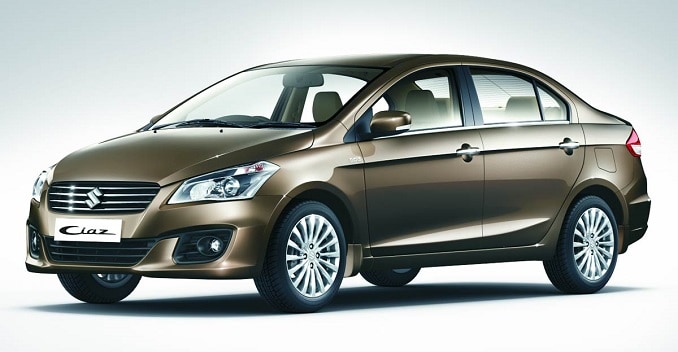 Two cars from the Maruti Suzuki stable are soon going to become expensive - the Ertiga and the Ciaz, as part of the GST effect. Both cars have been highly successful for the car maker and the increase in price will be a significant one. Rest assured though, that it's only the diesel with the mild hybrid system that's going to be affected. Both cars come equipped with the mild-hybrid technology also known as SHVS (Smart Hybrid Vehicle by Suzuki) and both were provided subsidy under the Government of India's FAME scheme, however, that subsidy was stopped and the prices of both cars increased.

Under the Goods and Services Tax rates that have been announced recently large cars with engine greater than 1,500 cc and SUVs with length more than 4 metres and engine greater than 1,500 cc are slated to attract 15 per cent cess over and above peak rate of 28 per cent. Hybrid vehicles will also fall in the category under GST. In comparison, tax on electric vehicles has been kept at 12 per cent. At present hybrid vehicles attract excise duty of 12.5 per cent, similar to the ones on entry level small cars such as Tata Nano or Maruti Alto, but they're still expensive owing to the technology that goes into it, which is why you have hybrid cars like the Toyota Prius, Camry and even the Honda Accord cross the ₹ 30 lakh mark. Hybrid cars therefore will attract 43 per cent tax which has more than tripled and we'll see the prices of the mild hybrid versions of the Ertiga and the Ciaz rise too because of this.

A Maruti Suzuki spokesperson confirmed that both the Ciaz SHVS and the Ertiga SHVS will see an upward revision in price by the 1st of July. We are yet to get a confirmation on the exact price, but it surely will be more than ₹ 1 lakh. Both the Ertiga and the Ciaz have been bestsellers for Maruti Suzuki. In fact, even the Ciaz had stood its ground to competition from the newly launched Honda City and even the refreshed Volkswagen Vento and continues to sell over 5000 units a month on an average and this after not having received any facelift whatsoever. The Ertiga too has been among the top 10 selling cars every month for Maruti Suzuki and though the seven-seater MPV segment has seen a drastic drop in demand, the Ertiga still manages to sell more than 5000 units a month.

We'll wait for Maruti Suzuki to confirm the exact increase in price as also to see if this price revision affects the sales of both cars.