While globally, the Scout Bobber was launched a few months ago, India launch is expected sometime around end of November 2017. 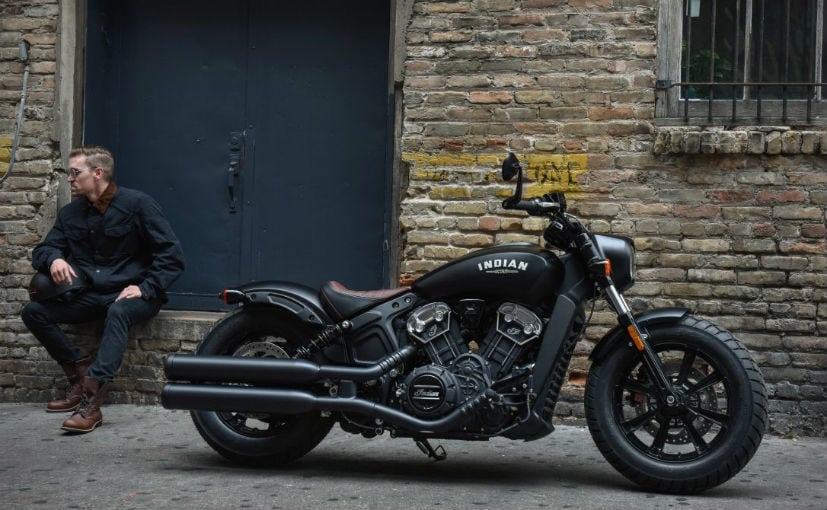 The CEO of Indian Motorcycles India, Pankaj Dubey, recently tweeted that Indian will soon be launching the Scout Bobber in the country. We believe that the Indian Scout Bobber will be launched in the last week of November 2017. The Scout Bobber was launched globally a few months ago. In essence, it is a variant of the standard Indian Scout, but gets a flat-tracker sort of styling. The fenders have been cut off and the bike gets bare-bones, stripped out look. The bar-end mirrors and the engine covers are new too. The handle-bar is again, tracker-style and the headlamp gets a black housing of sorts, which adds to the retro look of the Scout Bobber.

The Scout Bobber gets an all-black colour scheme and rides on Kenda K761 knobbly tyres. As far as the engine is concerned, the Scout Bobber uses the same engine as the regular Scout, which is a 1,311 cc V-twin, making about 100 bhp and 97.7 Nm of peak torque. The transmission too remains the same, which is a six-speed unit. The cycle parts, more or less, are same as on the regular Scout.

Also Read: Indian Scout Bobber; All You Need To Know

Apart from the looks, there are a few other changes as well. The footpegs are positioned further rearwards with the suspension at both ends getting re-worked. The front suspension is all new and gets cartridge type forks with 119 mm of travel. At the rear, there is a dual shock absorber setup which has its height reduced by 25.4 mm. Like all other Indian bikes, the Scout Bobber too will have a range of accessories such as a pillion seat, slip-on exhausts, saddle-bags and windshields as well.

The standard Indian Scout is priced around ₹ 12.99 lakh (ex-showroom, Delhi). We would guess that the Scout Bobber should be priced below ₹ 15 lakh at maximum. Anything below that would be surely welcome.