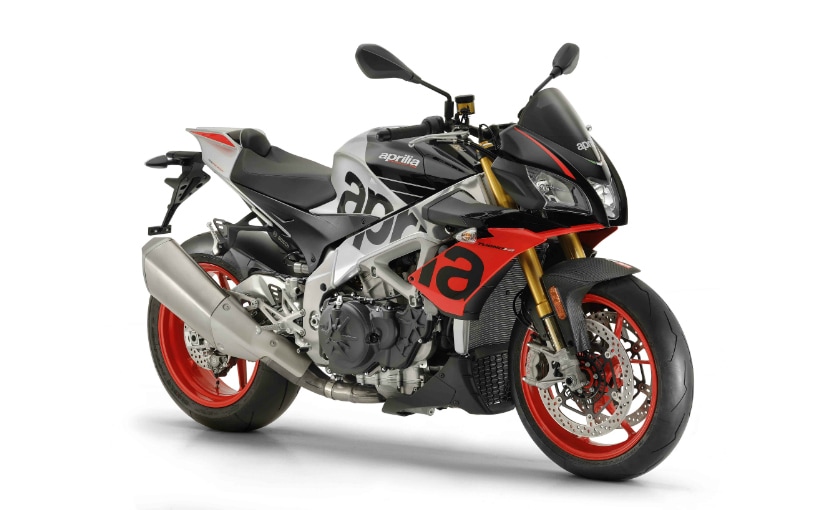 Aprilia has unveiled its 2019 Tuono V4 1100 Factory at the Intermot 2018, which has been updated with top-spec Ohlins seimi-active suspension. Aprilia has also mildly updated the RSV4 and Shiver 900, which were showcased at the show as well. The Aprilia Tuono V4 1100 Factory now gets semi-active electronic Ohlins suspension. The bike gets a NIX fork and TTX gas-charged shock absorber, both digitally managed by Aprilia's SmartEC 2.0 software. The system offers a choice of three semi-active automatic settings, for Track, Sport and Road, plus a manual setting. Each suspension setting can also be fine-tuned by the rider depending on their preferences, via the new Aprilia OBTi (Object Based Tuning interface) set up on the 4.3-inch, full-colour, TFT dashboard.

The manual mode in the suspension comes with three pre-set parameters to choose from, and disables the semi-active suspension. The Sport, Road and Track settings each alter their suspension to better match the performance required under those riding environments.

For 2019, the motorcycle also gets two new colour options, although the V4 engine largely remains the same. The 1,077 cc V4 puts out the same 175 bhp of maximum power at 11,000 rpm and peak torque of 120 Nm kicking in at 9,000 rpm. However, there are some improvements which are offered in terms of higher efficiency to generate smoother throttle response at any rpm. The Tuono V4 1100 Factory also gets the best rider aids, including a quickshifter, wheelie control, launch control, traction, cornering ABS, pitlane limiter, cruise control, etc. The base V4 1100 Tuono gets the standard Sachs suspension.

Aprilia Dorsoduro 1200
₹ 17.38 Lakh *
View More
Subscribe to Our Newsletter
Over 1.5+ Lakhs subscribers
Thank you for Subscribing to Us