Kawasaki has launched the Ninja 650 in KRT colour schemes in India, at a price of Rs. 5.49 lakh (ex-showroom). There are no mechanical changes and the only update is the new Kawasaki Racing Team colours. 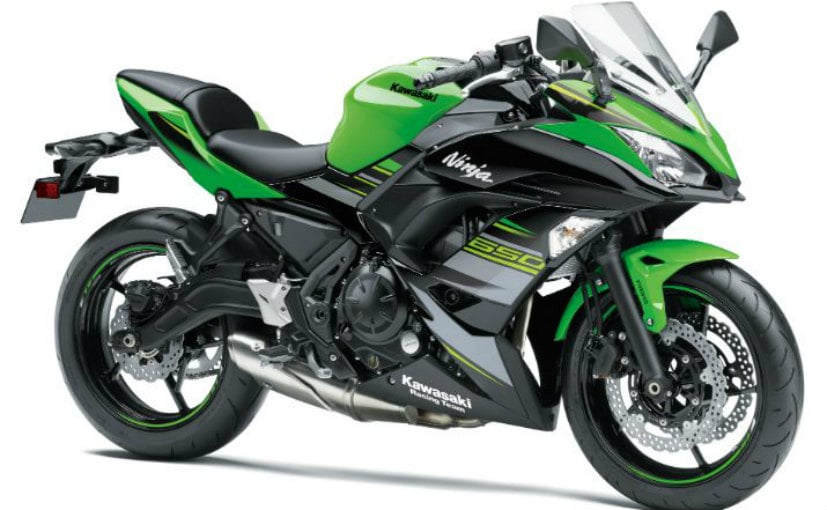 View Photos
Kawasaki has launched the Ninja 650 KRT in India at a price of Rs. 5.49 lakh (ex-showroom)

The Kawasaki Ninja 650 KRT has been launched in India at a price of ₹ 5.49 lakh (ex-showroom). The KRT stands for Kawasaki Racing Team and the bike is now draped in Kawasaki's racing colours of black, grey and green along with the racing bike's lettering as well. As far as the pricing is concerned, the Ninja 650 KRT is ₹ 16,000 more expensive than the regular Ninja 650. Also, there are no mechanical changes to the bike. The only change is the new colour scheme and graphics.

Kawasaki has updated the Ninja 650 for 2017 with a sharp design and made it look more aggressive. The styling on the new Ninja 650 has been clearly inspired by its elder sibling, the ZX-10R. A new feature that has been incorporated on the 650 is the negative lighting on the instrumentation console, which makes it easier to read the information even under direct sunlight.

Speaking on the new addition, Mr. Yutaka Yamashita, Managing Director of India Kawasaki Motors said "The Ninja 650 KRT edition has done remarkably well in the USA, Europe and in other countries recently. We have got a good pool of Ninja 650 customers here in India as well. Those who were planning to buy Ninja 650, now have got another option with this new edition."

The Ninja 650 KRT gets the same 649 cc parallel-twin motor that makes 67.2 bhp and 65.7 Nm. The engine is paired to a six-speed gearbox which has a slipper clutch. The bike now gets updated brake callipers from Nissin and there is also a Bosch 9.1 ABS system offered as standard. The bike of course is BS IV compliant. The bike will be available in Kawasaki dealerships from mid-November onwards.

Kawasaki Z900
₹ 7.7 - 7.99 Lakh *
View More
Subscribe to Our Newsletter
Over 1.5+ Lakhs subscribers
Thank you for Subscribing to Us