Bookings for the Range Rover Velar have already commenced in India and the SUV is expected to go on sale in the country by the end of this year. 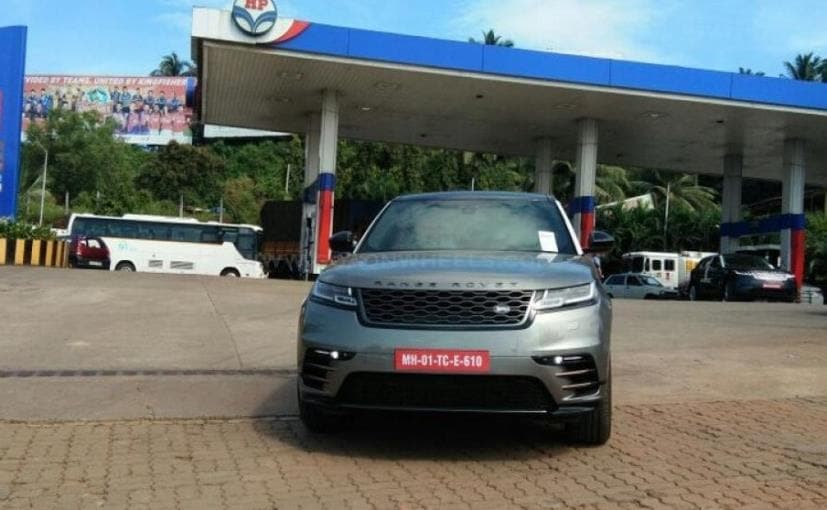 View Photos
The Range Rover Velar was unveiled early this year in March, while bookings started in August

Land Rover's upcoming SUV, the Range Rover Velar was recently spotted testing in India, ahead of the official launch. The all-new member of the Range Rover family caught testing in Goa and it's expected to be launched in India by the end of this year. Although the SUV seems to come with some camouflage on the pillars, this is, in fact, the production model. Land Rover India has already started accepting bookings for the new Range Rover Velar and while the carmaker was supposed to announce the prices in October, it now looks like the price of the SUV will be revealed at the launch itself.

Jaguar Land Rover (JLR) officially unveiled the Range Rover Velar early this year in March and a few months later we told you that the SUV will be launched in India this year itself. The Range Rover Velar is an all-new SUV from the British carmaker, and it's possibly the most futuristic as well, both in terms of design and features. 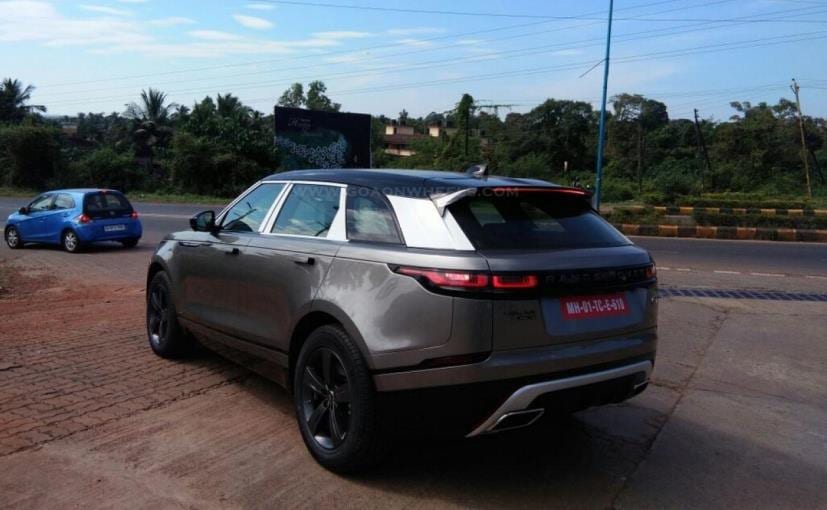 Bookings of the Range Rover Velar have already commenced

As you can see in these spy images too, unlike the usual Land Rover SUVs, the Range Rover Velar is a bit coupe-like and come curvy edges and smooth lines. The keep the exterior design as seamless as possible JLR has also retractable door handles the go inside once the car is locked or in motion. The two-tone colour with the black upper-half looks elegant while the black honeycomb grille and the LED headlamps with LED daytime running lights add to the styling of the car. The large front bumper comes with some subtle lines and sleek LED foglamps. The particular unit comes with black alloy wheels, the rear comes with larger wraparound LED taillamps with a black design element connecting the two to create the effect of one single unit. There is also a roof-mounted spoiler with LED stop lights, and a beefy rear bumper and dual exhaust pipes.

While the cabin is not visible in these images, we already know what the inside of the car looks like and we have to say it couldn't get more futuristic than this. In line with Land Rover's new philosophy to have an all-digital cabin, the Velar comes with two 10-inch screens that are flush mounted into the Velar's dashboard and activate when the car is started. The top screen is the conventional infotainment screen and features the likes of the media interface, reversing camera displays and navigation. The lower screen features controls for the climate control, seat heating and cooling and for the first time ever, the controls for the terrain response. The instrument cluster can be specified in two options. You can either get two analogue dials with a 5-inch TFT screen in the centre or a large 12.5-inch full digital instrument cluster. The steering wheel controls have also been replaced by conventional buttons to a set of capacitor-based touch-sensitive buttons that are backlit.

Powering the new Range Rover Velar will be a 3-litre V6 diesel engine will churn out peak power of 296 bhp and peak torque of 700 Nm. and a 2-litre 4-cylinder Ingenium engine that churns out 177 bhp and 430 Nm of peak power. Transmissions duties for both the engine will be carried out by an 8-Speed Automatic Gearbox with all-wheel-drive function.