Based on the new spy shots we know that the 2018 Maruti Suzuki Ciaz facelift will come with a host of cosmetic and feature updates. We expect a festive season launch. 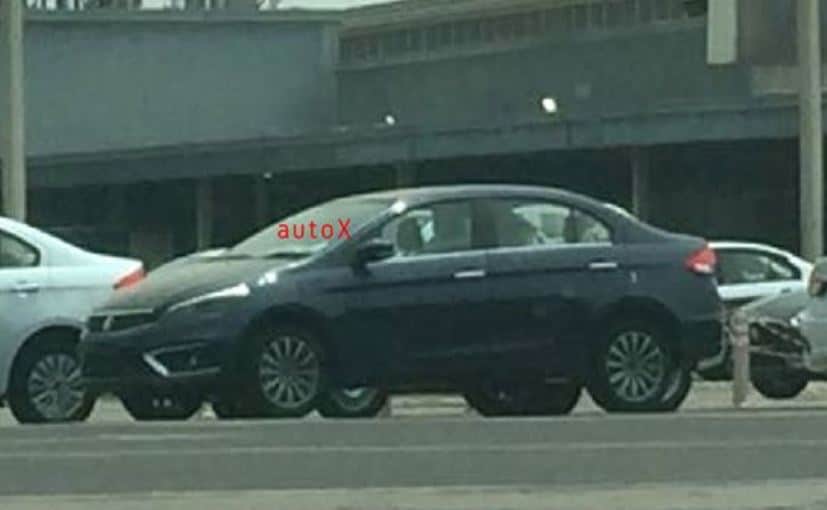 Images of the 2018 Maruti Suzuki Ciaz facelift have surfaced online giving us the first look at the updated model without any camouflage. Although the car is at a distant in the photo, we still get to have a decent look at the facelifted Ciaz which is set to come with a host of cosmetic updates, especially a new face. Another set of spy images of the car that have been shared with us by a reader give us a much closer look at the car, although this one is a camouflaged test mule. In these ones, we also get to see the revised interior of the updated Ciaz. While the picture of the cabin is not exactly very clear, we are still able to see that most of the design and styling elements have been retained from the existing Ciaz and the interior will largely remain unchanged. 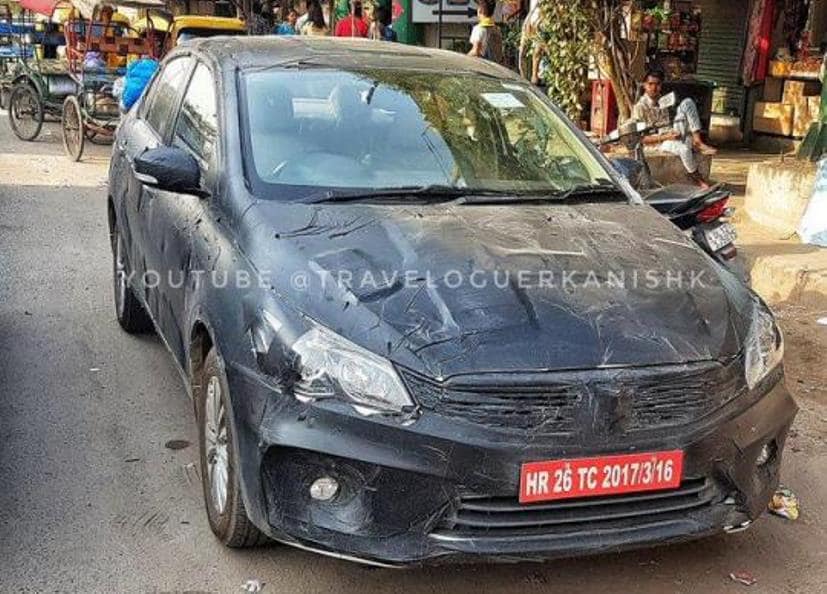 As mentioned above, the 2018 Maruti Suzuki Ciaz will come with a new front end with a more stooped bonnet, a smaller front grille and what appears to be a sleeker set of sweptback headlamps. The car also comes with a new bumper, revised central airdam and a larger cavity on either side to house the new foglamps. The multi-spoke alloy wheels have been carried over from the outgoing version and so have the chrome door handles (only top-end variant) and the ORVMs. Although camouflaged, we do get to have a clear look at the rear end of the car as well and the only update we are able to see here is a sneak-peek of the revised LED taillamps that have been restyled. 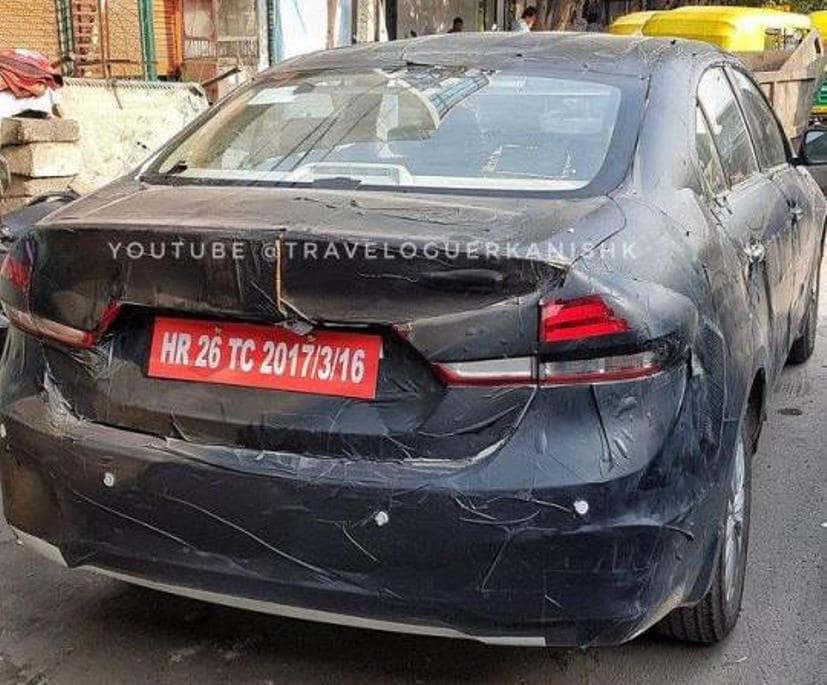 As for the cabin, it will continue to come in the existing beige and black interior with a well-laid-out dashboard equipped with two larger air-con vents at the centre with the touchscreen infotainment and other in-car controls placed below it. We also expect the cabin to come with new wooden inserts for the dashboard and door panels similar to the new Dzire along with few other tweaks that we'll come to know of once the car is revealed. 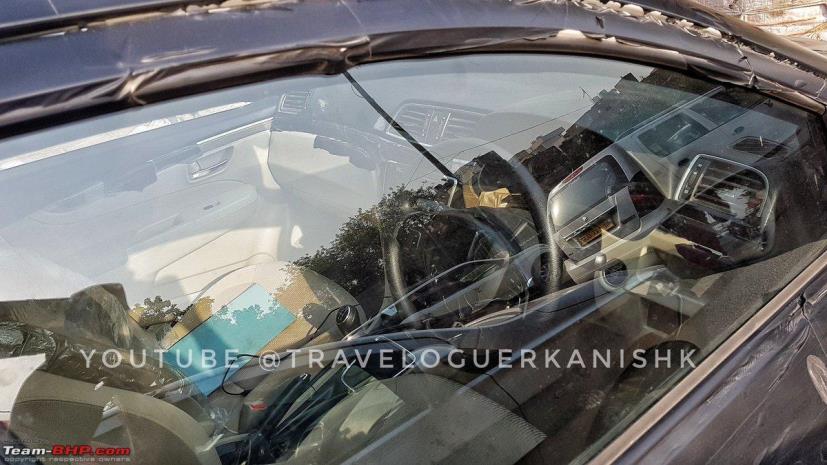 Under the hood, the upcoming 2018 Maruti Suzuki Ciaz might get the new 1.5-litre petrol engine to replace the existing 1.4-litre motor, while tried and tested 1.3-litre DDiS diesel engine SHVS (Smart Hybrid Vehicle From Suzuki) will continue to be on offer. Transmission options will include a 5-Speed manual gearbox as standard on both petrol and diesel options, and maybe even a new automatic unit (possible AMT) to replace the existing 4-Speed torque converter, which is right only offered with the petrol model. We expect the car to be launched later this year, around the festive season.