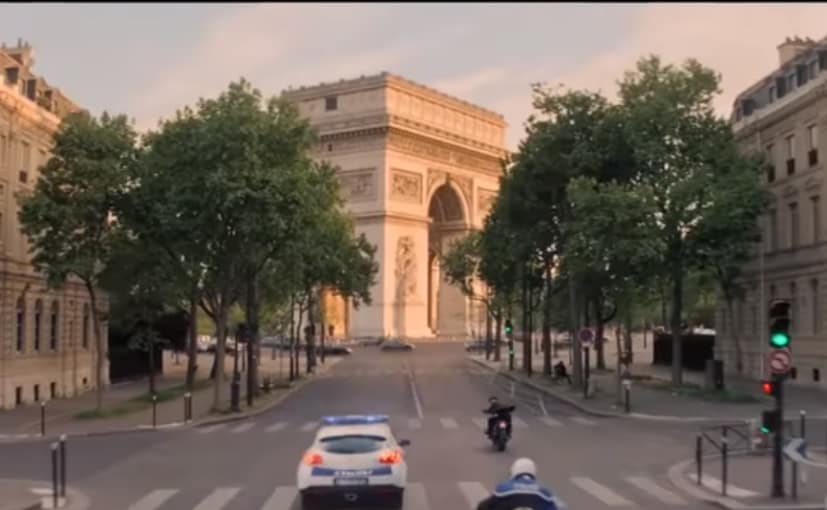 Hollywood actor Tom Cruise is known for doing most of his stunts himself, particularly in his role as Ethan Hunt in the Mission Impossible movie series. This time around, Cruise will be riding a BMW motorcycle on the streets of Paris in the latest instalment of the Mission Impossible films, called 'Mission Impossible: Fallout'. While we have already seen spy shots of the shooting on the streets of the French capital, the latest teaser shows an epic motorcycle chase with Cruise piloting a BMW R Nine T around the Arc de Triomphe in Paris while being chased by several police cars and motorcycles.

The promo trailer reveals Cruise being chased by the authorities while he negotiates the traffic around the Arc de Triomphe, at Place Charles de Gaulle, all in the opposite direction of one-way traffic. From the looks of the latest teaser, the new movie, set to be released on July 27, 2018, is set to be yet another action-packed affair, expected to have edge of the seat stunts, including the motorcycle stunt which ends with Cruise crashing the BMW R nine T into a car and hurtling across the bonnet.

This is not the first time Tom Cruise has used a motorcycle in a Hollywood film. His other film, the much-anticipated sequel to the famous 1986 film 'Top Gun' will also see Cruise riding a motorcycle. In the 'Top Gun' sequel, Cruise is rumoured to be riding a Kawasaki H2R in one scene. Spy shots of the 'Top Gun' sequel have also emerged which shows Cruise riding the Kawasaki during shooting. In the original 1986 'Top Gun' film, Cruise rides a Kawasaki Ninja 900, a motorcycle known to be far ahead of its time in terms of performance and technology, and the first member of the Kawasaki Ninja family.