New-Gen Honda Amaze To Come With A Diesel CVT Variant

Bookings for the new-gen Honda Amaze have already commenced across India for a token of Rs. 21,000. The car will go on sale in India in May 2018. 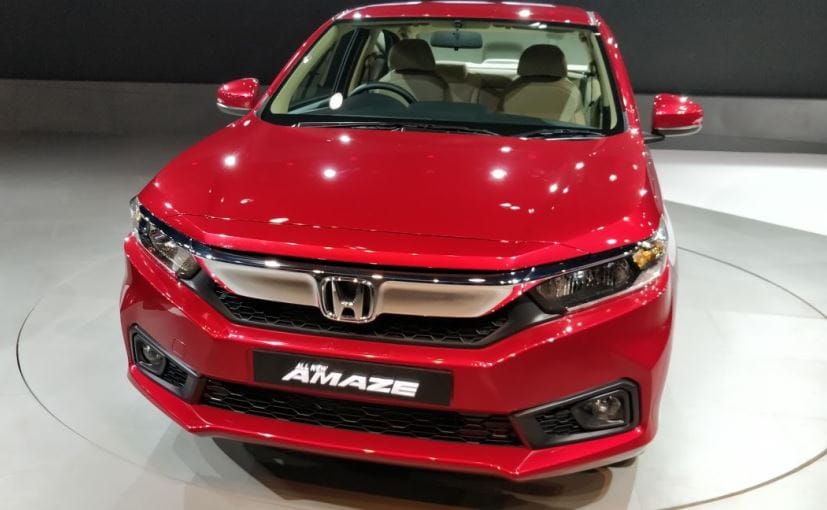 Honda Cars India is gearing up to launch the second generation of the Amaze subcompact sedan in India and we've already seen it in the flesh at the Auto Expo 2018. In fact, the Amaze made its world debut at the Auto Expo 2018 and this just shows how important this product is for the Indian market. The new Amaze is built on an all-new platform, and is yet another product in which the engineering team in India had a lot of say in (the other product being the WR-V) The car is scheduled to be launched in May 2018 and will be available in both petrol and diesel powertrains.

The company has already announced pre-bookings of the car and the booking amount starts at ₹ 21,000. In fact the company went ahead to say that the new Amaze will feature the first in industry diesel CVT Technology in the Indian market. This will be Honda's first diesel engine combined with advanced CVT, and India will be the first market to launch this technology. The Amaze has had it sets of firsts when it became the first car from the Honda stable to be launched with a diesel engine.

Also Read: Honda Amaze - All You Need To Know

The face of the new-gen Amaze has been inspired from the Accord, with a fresh new grille, newly designed headlamp cluster and a new, bolder bumper as well. The silhouette of the car too has changed, getting a slightly lowered roof-line in order to make it more aerodynamic. The interior too will have updates, with the biggest one being a new 7-inch touchscreen infotainment system that will have smartphone integration, navigation and so on. The new-gen Amaze has its work cut out, going head-to-head with established rivals such as the Maruti Suzuki Dzire, Hyundai Xcent, Tata Tigor/Zest and the Ford Aspire.