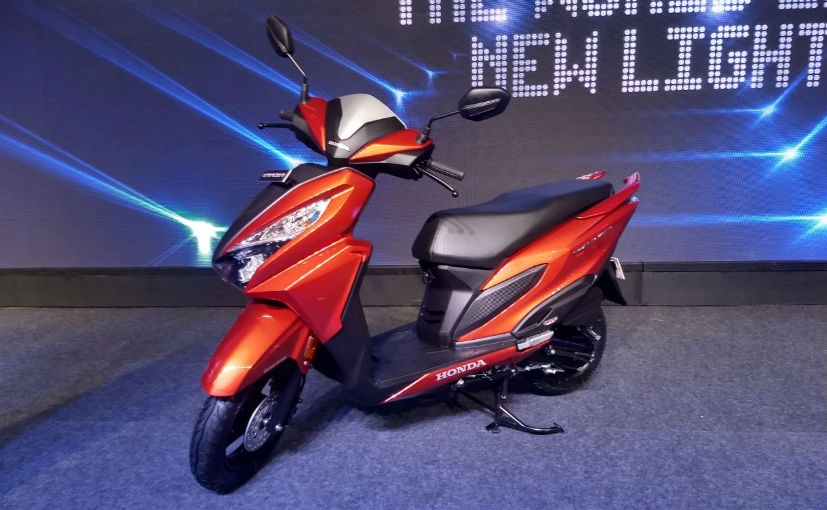 Honda Motorcycle and Scooter India today finally launched the much anticipated Honda Grazia 125 cc scooter in India. Introduced at a starting price of ₹ 57,897 (ex-showroom, Delhi), pre-bookings for the scooter began towards the end of last month, on October 25, 2017, and the company has already received over 1,000 boking for the new 125 cc Honda Grazia. Honda says that its dealerships have received over 8000 enquires so far and now that the Honda Grazia scooter has been finally revealed, the bookings will further grow in coming weeks.

The new Honda Grazia is mainly targeted towards the urban market and right now, the new 125 cc scooter is available in about 35 cities across India. While the main focus will be the cities, Honda will also retail it in lower-tier markets as well and the company says that by year-end the Honda Grazia will be available pan India. Deliveries will also commence from today.

Also Read: New Honda Grazia: All You Need To Know

The new Honda Grazia comes in three variants - Grazia STD, Grazia Alloy, and the fully kitted Grazia Dlx. While the design and basic styling remain constant among all three variants, the top-end Honda Grazia DLX comes with all the bells and whistles like - LED headlamps, black alloy wheels with front disc brakes, USB charger in the front glove box, and more. Visually, the new Honda Grazia looks quite stylish with its sharp lines, edgy design and two-tone colour. Other standard features include an 18-litre under seat storage compartment, all-digital instrument cluster, 4 in 1 lock system with seat release button, telescopic front suspension, and Honda's Combi Braking System (CBS) among others.

Powering the new Honda Grazia is the same 124.9 cc air-cooled, 4-stroke engine that does duty in the Activa 125. The engine gives the same output at 8.52 bhp and develops a peak torque of 10.54 Nm. It's mated to a V-Matic automatic transmission. The scooter comes with a top speed of 85 kmph and offers a mileage of about 50 kmph.