Unlike the previous-gen model, the new-generation Jeep Wrangler JL coming to India is likely to come in both 3-door as well as 5-door (Unlimited) option. The model spotted recently is the latter, in the Sahara variant. 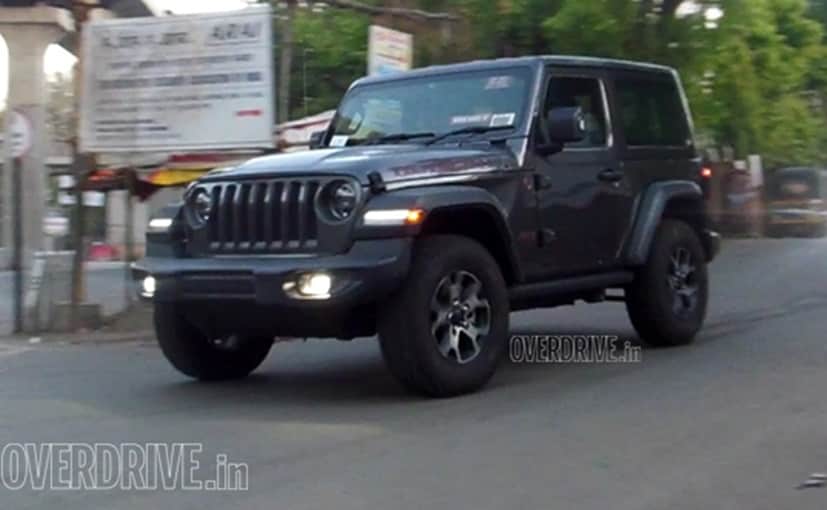 Photos of the new 2019 Jeep Wrangler undergoing testing in India have recently surfaced online. In fact, the model seen in these photos is the new generation Jeep Wrangler JL in the 3-door Sahara variant, with no camouflage whatsoever. Interestingly, last year the carmaker imported both the new-gen Wrangler and Wrangler Unlimited for testing in India. The previous generation model was launched in India only in the longer Jeep Wrangler Unlimited (5-door) format, but this time around Jeep is expected to launch the 2-door version as well, possibly to keep the enthusiast happy. 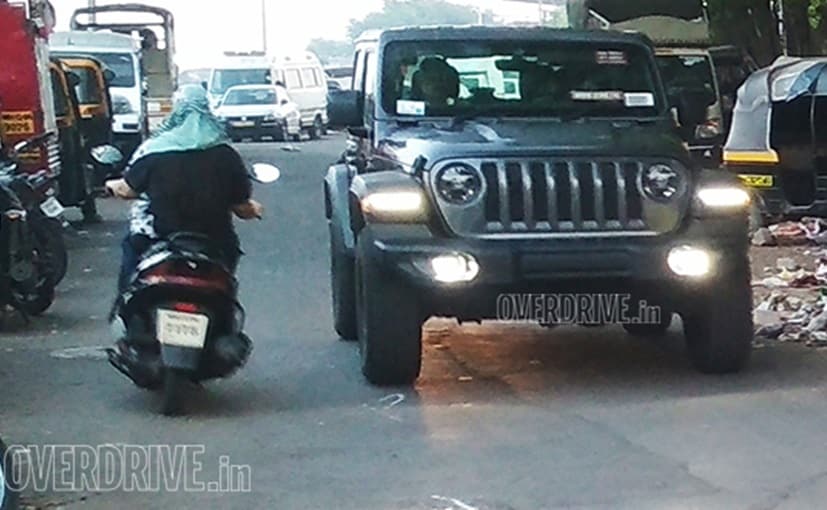 Globally, the Sahara trim of the new-gen Jeep Wrangler sits right below the Rubicon trim, and so far, we have only seen the former undergoing testing in India. So, It's possible for India, Sahara could be the range-topping model. Visually, the off-road SUV comes with the same butch and boxy silhouette that is signature to the Wrangler, with new modern elements. So, up front, the SUV gets the iconic seven-slot grille flanked by classic round headlamps with LED units. The wheel arch fender house a set of LED daytime running lamps with integrated turn indicators, while the new beefy bumper comes with projector foglamps. 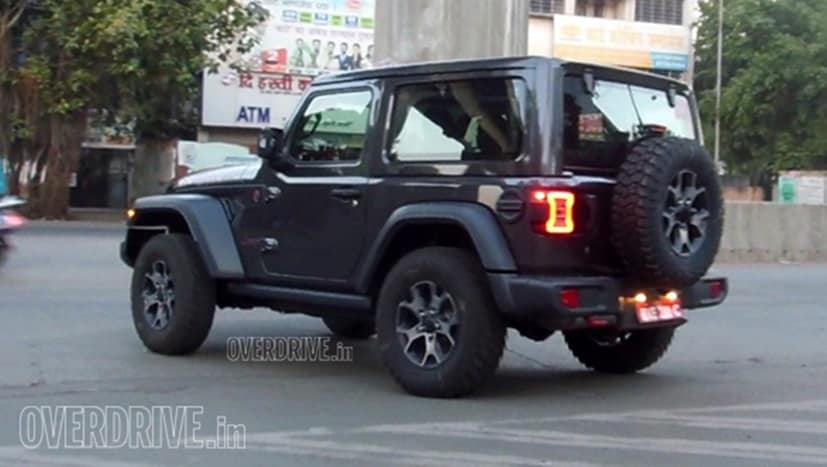 New-gen Jeep Wrangler gets a set of new LED taillamps

The SUV runs on a set of dual tone 18-inch alloy wheels, but these appear to be different from the ones we have seen on the previous test mule. Other bits include flared wheel arches, side footboard, a set of LED taillamps, and tailgate-mounted spare wheel. The stoplight has been integrated into the stand holding the spare wheel. Being a 3-door model, the SUV comes with fixed glass on either side instead of windows for the rear section.

While we do not get to see the cabin in these images, the 2019 Wrangler will feature a well-equipped cabin with premium, all-black leather interior. The SUV will also get an Uconnect 4C NAV 8.4-inch touchscreen infotainment system with navigation, Apple CarPlay and Android Auto. Other features will include dual-zone automatic climate control, passive keyless entry, push-button start, and more. As for some of the off-road-oriented features, the new Wrangler JL comes with improved features like better approach and departure angles, electric front- and rear-axle locks, and a limited-slip differential. The SUV also gets a massive ground clearance of 277 mm and up to 30 inches of water wading ability.

Under the hood, the 2019 Jeep Wrangler will feature the tried and tested 3.6-litre V6 naturally aspirated Pentastar engine, and the 2.2-litre diesel engine. Globally, the Wrangler features a 2.0-litre, 4-cylinder, turbocharged petrol engine that features mild-hybrid technology for the first time ever. The Jeep Wrangler will only be available with an 8-speed automatic gearbox - which is also brand new.