The starting price will be 378,000 yuan ($58,378) for the car without the battery pack, one of the most expensive EV components, which can then be leased from the company. 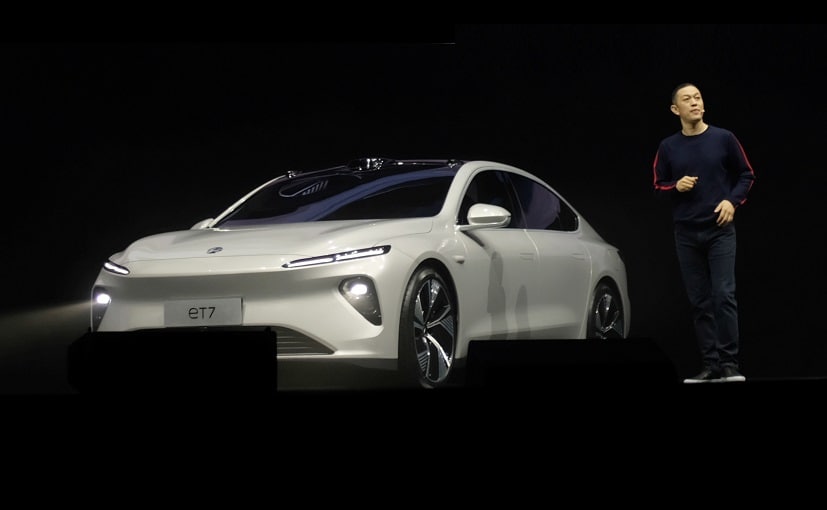 Chinese electric vehicle (EV) maker Nio Inc is taking on conventional gasoline premium automakers from BMW to Audi further, launching on Saturday its first sedan model as it eyes a greater share of the world's largest car market. The launch of the ET7, at an event in the western city of Chengdu, came as rival Tesla started selling its China-made Model Y sport-utility vehicle in the Chinese market. Nio is aiming to expand its product lineup to attract more customers.

In China's passenger car market, sedans and SUVs each make up around 46% of overall sales. Chief Executive William Li said Nio's new battery technology will give the ET7 a drive range of over 1,000 km (621 miles) between charges.

It was ‘reasonable' that Nio could sell similar amount of ET7 as BMW's 5-series sedans in China in the future, Li said, but gave no details of timeframe. The starting price for the BMW 5-series is 426,900 yuan and BMW sells over 10,000 of them each month in China.

Li said the ET7 will be fitted with lidar sensors - which help the car perceive its surroundings, and are often found in autonomous cars - to assist drivers, a technology dismissed by Tesla Inc's outspoken chief Elon Musk. The Californian automaker, which is selling Shanghai-made Model 3 sedans, has just started selling its Model Y vehicles at a starting price of 339,900 yuan. It uses cameras for driver assistance.

Nio, which delivered 43,728 vehicles last year, has a market capitalisation of over $92 billion, surpassing conventional automakers Daimler AG and General Motors Co. Investors have poured billions of dollars into electric vehicle development. Li said ‘it is not a bad thing' when asked about the high market value of the firm, but added Nio is still relatively a small company compared to established firms like BMW in terms of sales volume. It is currently selling three SUV models built at a car factory in China's eastern city of Hefei.

On Thursday, Nio's rival Xpeng Inc announced plans to roll out a new sedan model. It currently has a sedan and an SUV in its lineup.