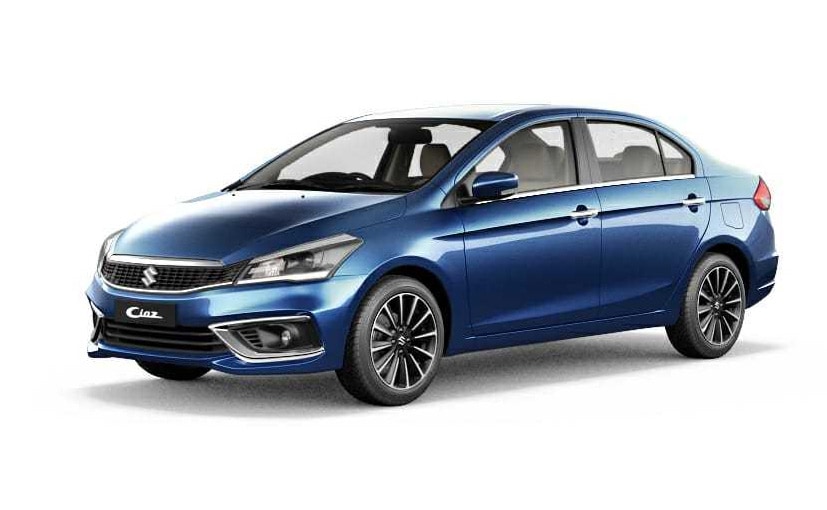 View Photos
The top-end Alpha trim of the Maruti Suzuki Ciaz, accounts to over 54% of the car's total sales

One of the country's popular C-segment sedans, the Maruti Suzuki Ciaz, has completed 5 years in the Indian market, with over 2.7 lakh units sold so far. First launched in 2014, the Maruti Suzuki Ciaz currently holds over 30 per cent market share in its segment and was the segment leader for three consecutive fiscal years - 2016-17, 2017-18, and 2018-19. Maruti Suzuki has also confirmed that the top-end variant, the Alpha trim of the Ciaz, contributes to over 54 per cent of the car's total sales, furthermore, the carmaker says that more than 50 per cent Ciaz sales are from the Metro & Tier 1 markets.

Commenting on the Ciaz's latest benchmark, Shashank Srivastava, Executive Director, Marketing & Sales, Maruti Suzuki India, said, "Since its launch, Ciaz has witnessed a resounding success in the highly competitive premium sedan market. Ciaz commands a 30 per cent market share in the premium sedan segment and has struck a chord with Indian consumers. With 17 per cent contribution of automatic variants and Smart Hybrid technology, Ciaz is testimony of customer preference for a comfortable, spacious, technology-driven and feature-packed sedan. We thank our customers for their confidence in this premium sedan. This reinforces our commitment to bring contemporary and greener technologies for our customers." 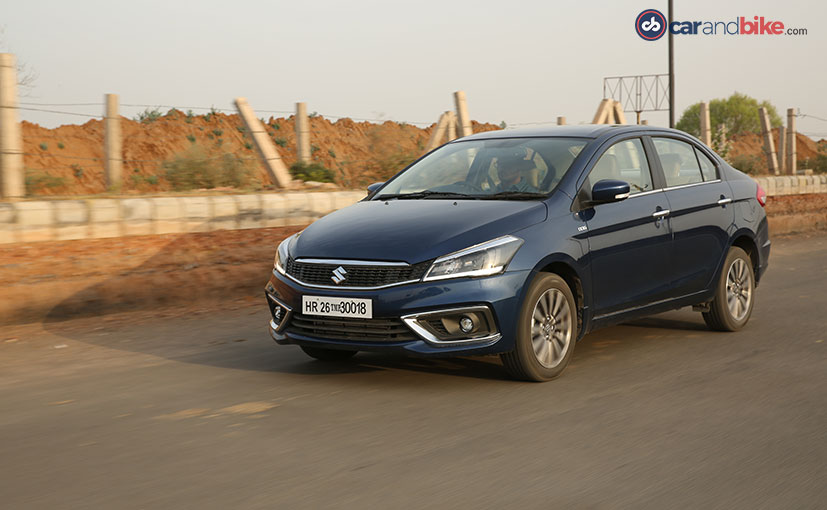 More than 50 per cent of the Maruti Suzuki Ciaz's sales come from the Metro & Tier 1 markets.

It's was just last year in August that the Maruti Suzuki India launched the facelifted version of the Ciaz in India, and the biggest update it received was under the hood. The Ciaz facelift was introduced with a new 1.5 litre K15 Smart Hybrid petrol engine with Lithium-ion battery, replacing the older 1.4-litre petrol engine. Later, Maruti Suzuki also introduced the new 1.5-litre diesel engine as well, replacing the 1.3-litre DDIS motor. However, despite the Ertiga and XL6 featuring the same engine, Maruti Suzuki still hasn't updated the Ciaz with the Bharat Stage VI (BS6) compliant 1.5-litre petrol engine, which the former two get.

Also, while the Ciaz undoubtedly has been the leading player in its segment in the past, since the last year, the gap between the monthly sales numbers of the Ciaz and its rivals have extensively reduced. This is despite the car receiving a facelift in August 2028. Furthermore, since April this year, both the Honda City and the Hyundai Verna have either been at par with the Ciaz or surpassed it in terms of sales. In fact, even the car's year on year sales have taken a major hit in the last few months, witnessing a maximum decline of over 77 per cent in August 2019, with 1,596 units, against the 7,002 Ciaz's sold in August 2018.

All that said, the Maruti Suzuki Ciaz continues to be one of the more value for money products in the sedan segment, offering capable engines, premium features and several standard safety features. In fact, the car gets safety features like dual front airbags, ISOFIX child restraint system, high-speed warning alert and ABS with EBD as standard. Currently, the Maruti Suzuki Ciaz is priced at ₹ 8.19 lakh to ₹ 11.38 lakh (ex-showroom, Delhi).