Indian Motorcycle may be getting ready to launch a production version of the Indian FTR 1200 custom concept which was unveiled last year. 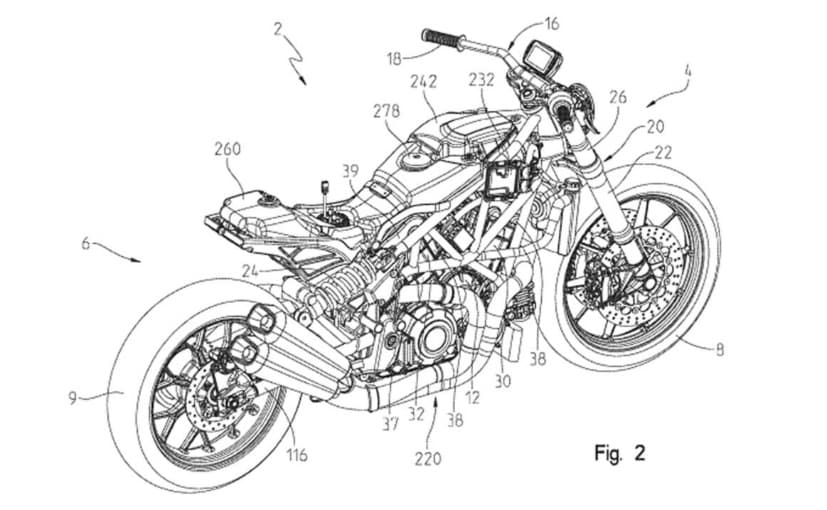 Indian Motorcycle may be getting ready to launch the production model of the 2019 Indian FTR 1200. The patent drawings are quite similar to the Scout FTR 1200 custom, which was unveiled last year, but the comprehensive technical drawings also reveal that the new vehicle platform may be configured for different engine layouts and different formats. The patent was filed in March 2018 but it contains a thorough description of a modular platform, with a v-twin engine. The patent mentions different styles of motorcycles, so the new production model could spawn several different variants with different styles appealing to different kinds of riders. 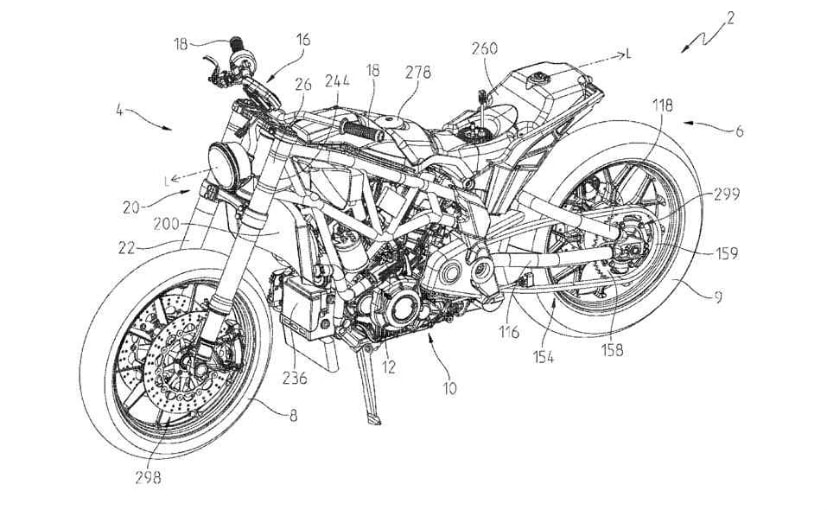 What is clear is that the 2019 Indian FTR 1200 will be developed on the FTR 1200 Custom concept which was unveiled at the EICMA 2017 show in Milan, as a street-legal version of the Scout FTR 750 flat track competition machine. A leaked photo, ostensibly of the production model FTR 1200 has been seen, and it does bear quite a striking resemblance to the patent drawings filed by Indian Motorcycle, and has similar design factors that the patent suggests. Like the patent filing, the image of the bike also shows possibilities of modification, including other variants and types that Indian may introduce on the same platform.

There are no other details available yet on the bike, like the engine capacity, power output, price or availability, but we can expect Indian to unveil something close to a production model in one of the motorcycle shows, possibly either at the Intermot motorcycle show in October, but more likely at the EICMA show in Milan, in November.

Indian Chieftain
₹ 32.01 Lakh *
View More
Subscribe to Our Newsletter
Over 1.5+ Lakhs subscribers
Thank you for Subscribing to Us