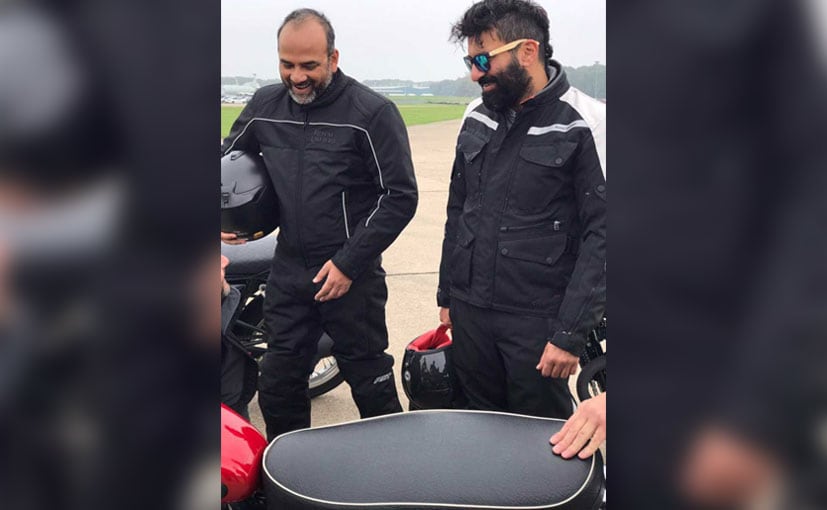 Although the picture doesn't clearly reveal the bikes, but it's apparent that these are the upcoming 750 cc Royal Enfield bikes, and in all, three of them are visible, although partially, with two of them in the background and one at the front. The bike in the foreground looks like the modern classic which we've already seen in spy shots earlier, and slightly resembles the Triumph Bonneville range. The one behind Rudy could be the café racer variant of the same bike. Looks like the Royal Enfield bosses are having a final test ride of the upcoming bikes, which are likely to be unveiled on November 7, at the EICMA motorcycle show in Milan, Italy.

The new bikes will be powered by an all-new 750 cc, parallel-twin engine, which is likely to make around 50 bhp of maximum power and 60 Nm of peak torque. We will of course, get more details on the powerplant and features, when the bikes are finally unveiled at EICMA in November. The new bikes will be the fastest and most powerful Royal Enfield bikes on sale. Expect pricing to be in the region of ₹ 4 - 4.5 lakh (ex-showroom) when the bikes are finally launched in India.