The Royal Enfield Bullet 350 and the 350 ES is now equipped with a single-channel ABS and rear lift protection. 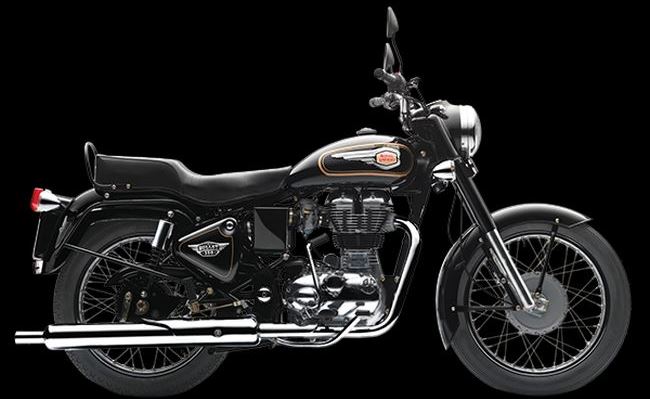 Royal Enfield has launched the Bullet 350 and the Bullet 350 ES with a single-channel ABS and rear lift protection. The Royal Enfield Bullet 350 with ABS is priced at ₹ 1.21 lakh (ex-showroom, Delhi) while the Royal Enfield Bullet 350 ES with ABS is priced at ₹ 1.35 lakh (ex-showroom, Delhi). The law now requires all two-wheelers to have either CBS (combined-braking system) or ABS (anti-lock braking system) depending upon the displacement of the engine. The Bullet 350 gets a 280 mm disc up front with a 2-piston calliper while the rear wheel gets a 153 mm single lead internal expanding drum brake. Spyshots show the rear wheel featuring an ABS ring but it could be a speed sensor which will send inputs to the front wheel ABS and keep the rear-wheel from lifting off. Even though the Bullet 350 ES gets disc brakes up front and at the rear, it still gets single-channel ABS. The entire Royal Enfield motorcycle line-up is now equipped with ABS.

The Royal Enfield Bullet 350 and the Bullet 350 ES get the same engine which is a 346 cc, single-cylinder, air-cooled motor that pumps out 19.8 bhp and 28 Nm of peak torque and is paired to a 5-speed gearbox. The Bullet 350 is now ₹ 3,500 more expensive than the non-ABS model and the Bullet 350 ES is about ₹ 1,400 more expensive than the non ABS model. The minimal hike in prices is because the ABS is single-channel. Had it been a dual-channel ABS, the price hike would have been steeper, about ₹ 11,000 or so.