The Japanese automaker on Monday unveiled a prototype of its next-generation field support robot, a miniature shuttle bus-shaped contraption based on its "e-Palette" ride-sharing vehicle under development, to be used at the Tokyo Games. 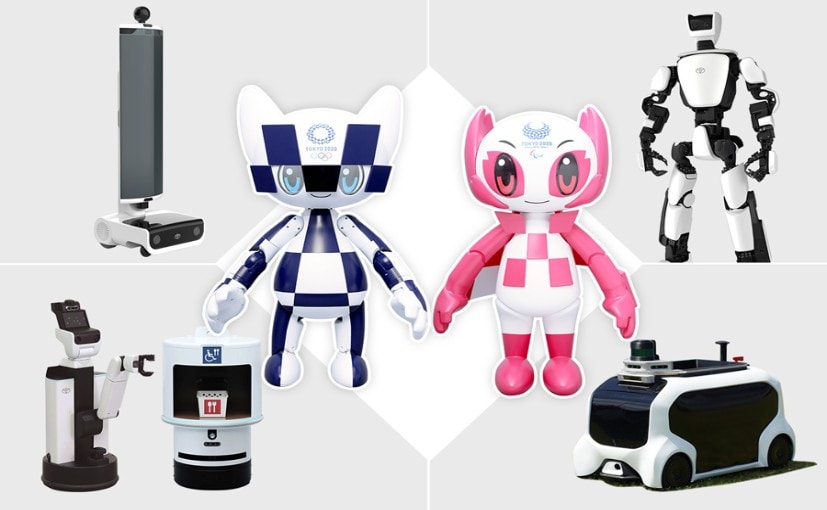 View Photos
Toyota has unveiled a prototype of its next-generation field support robot.

Miniature remote controlled cars have proved to be a crowd pleaser at track and field throwing events, but for the Tokyo 2020 Olympics Toyota Motor Corp is upping the game with a hi-tech way to fetch javelins and hammers: pint-sized, self-driving A.I. robot cars.The Japanese automaker on Monday unveiled a prototype of its next-generation field support robot, a miniature shuttle bus-shaped contraption based on its "e-Palette" ride-sharing vehicle under development, to be used at the Tokyo Games.

The vehicle, roughly the size of a toddler's ride-on toy car, can travel at a maximum speed of 20 kilometres per hour and sports three cameras and one lidar sensor which enable it to "see" its surroundings.

Draped around the top of its body is a band of LED lights which illuminate when the vehicle uses artificial intelligence to follow event officials towards the equipment hurled by athletes onto the pitch during shot put, discus throw, hammer throw and javelin events.

After the equipment, which can weigh as much as eight kilograms for hammers, is loaded into the vehicle by the official, a press of a button located towards its front sends the car zipping back to athletes for later use."Humans are better suited to picking up heavy equipment from the field, but for quickly transporting them to their respective return depots, that's a job that's best performed by robots," Takeshi Kuwabara, a project planning manager who oversaw the robot's development, told reporters.

"Our aim was to leverage the strengths of both humans and robots."

The trend of using miniature cars to fetch equipment at Olympics throwing events goes back to the 2008 Beijing Games, where firey-red, rocket-shaped cars scurried along the green to collect hammers, javelins and discuses.

At the 2012 Games in London, BMW developed and operated a fleet of blue and orange miniature Mini Coopers to collect the discarded equipment, while pint-sized green pick-up trucks performed the task at the Rio games in 2016.

A major sponsor of the Tokyo Games, Toyota also plans to dispatch virtual reality enabled humanoid robots and mobile telepresence robots which will enable spectators who cannot attend the games in person to experience events and meet athletes remotely.A fleet of robots on wheels developed by the automaker which can perform household tasks for elderly people and hospital patients will also guide guests to wheelchair seats and serve refreshments at events.

Toyota plans to use the games to showcase its new vehicle technologies ranging from fuel-cell buses to on-demand, self-driving taxis, as it competes with industry rivals and tech firms to develop affordable autonomous cars and electric vehicles (EVs), along with on-demand transportation services.