The fact that Royal Enfield is working on a parallel-twin 750 cc motor is no secret. Spotted here are two test mules with subtle differences, which leads to believe that there will two variants on offer. 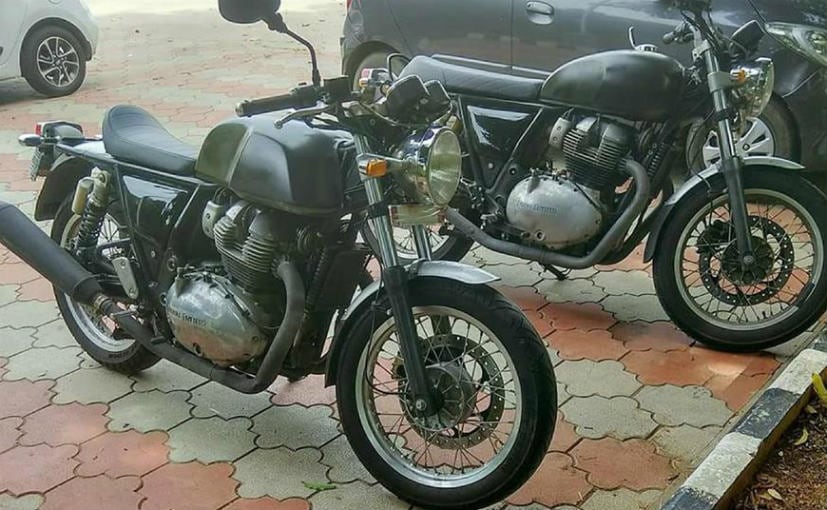 It is no secret that Royal Enfield is currently testing and developing its 750 cc twin-cylinder motorcycle for the last few months. The bike has been spotted testing multiple times, in India and abroad. But a new photograph has surfaced which shows that there will be more than one variant where the 750 cc twin-cylinder engine will be used. You can easily make out that one of the bikes in the pics is based on Royal Enfield's Continental GT, a café racer. The other is the regular model, but seems to be built on the same underpinning with some modification as the Continental GT.

The difference in design is clear. Both the motorcycles in the picture have differently sculpted fuel tanks and different seats as well. The 'regular' model has a rounded tank which is seen on other RE models while the café racer has the same fuel tank as the Continental GT, with slab-like recesses for the knee. Coming to the seats, the café racer gets a single seat unit with a raised rear, also seen on the Continental GT. The design seems a bit unfinished here, with an unpleasant looking gap between the seat and the tail lamp. On the other hand, the regular model gets a single piece, longish seat running from the fuel tank to the grab-rails. The mechanicals look to be the same on both the bikes, with a parallel-twin cylinder setup along with other cycle parts remaining the same as well. 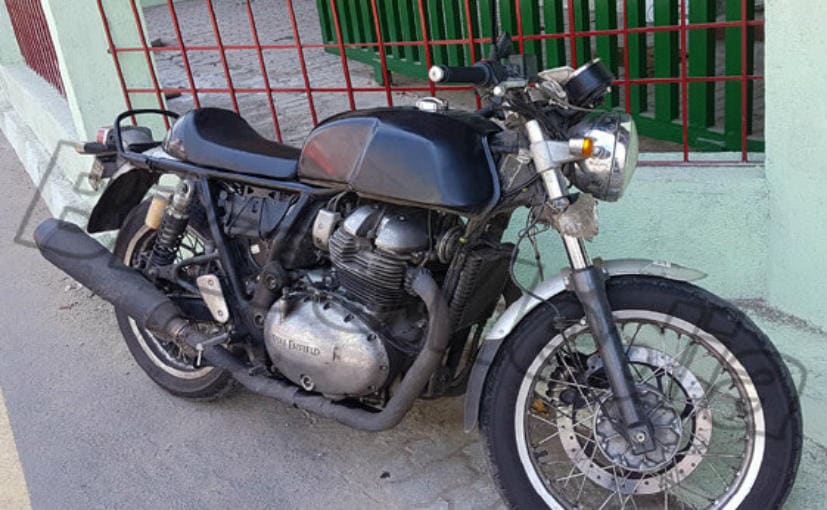 There are a few more differences as well. The café racer model seems to get clip-on handlebars which require the rider to crouch slightly. Also, it gets heel plates along with the footpeg, allowing the rider to lock his heels when riding fast. The regular model gets a re-positioned set of footpegs which are slightly forward set and are lower as well, making for a more comfortable seating position. This is also complemented by a regular, wide handlebar as well.

These will be the first bikes from Royal Enfield to break the 535 cc barrier and will take the fight straight to the likes of modern classic models from Triumph such as the Street Twin and the T100. One could expect these bikes to be unveiled officially at the EICMA motor show in Milan. There is no concrete timeline for the launch of these bikes in India.