For the 2019 season, the Yamaha MotoGP factory team has presented all-new livery for the 2019 Yamaha YZR-M1 MotoGP bike. 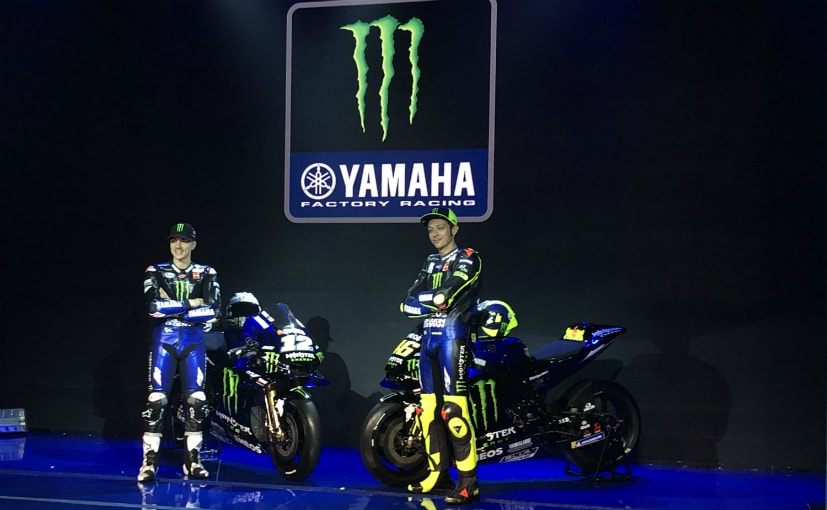 The Yamaha MotoGP factory team has introduced the 2019 Yamaha YZR-M1 MotoGP bike with new livery and minor updates. The bike largely remains the same, but the electricals have been updated as well as the chassis. The 2019 M1 features new livery and colours in a blue-black combination and Yamaha has got Monster Energy as the main sponsor from 2019, replacing Movistar. The new M1 will be raced by nine-time world champion Valentino Rossi and teammate Maverick Vinales during the 2019 MotoGP season. Both Rossi and Vinales have been signed by the Yamaha MotoGP factory team through 2020.

"The bike looks great, more aggressive with the black and green with the blue. We are a bit like the 'Men in Black', and we make a good couple," Rossi said.

"Yamaha is always blue, and the blue of the Yamaha is beautiful, but I like the black of the Monster because it's the colour of my soccer team, Inter, so I feel comfortable," Rossi added. 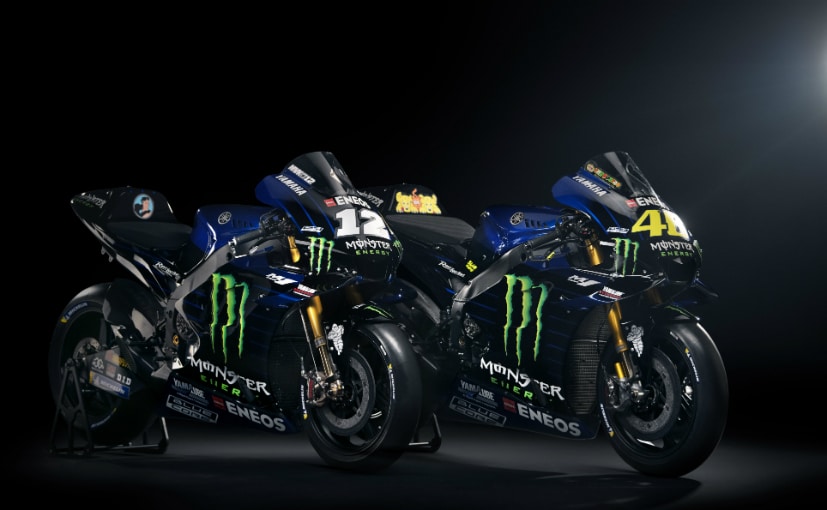 The Yamaha YZR-M1 is powered by a 1000 cc, liquid-cooled, in-line four cylinder engine with crossplane crankshaft which puts out 240 bhp of power with a cassette type six-speed gearbox. The M1 has Ohlins upside down front forks and an Ohlins rear shock and has Brembo brakes, with two four-piston calipers gripping the carbon front discs. The chassis is an aluminium twin tube delta box frame with multi-adjustable steering geometry. The M1 weighs just 157 kg, in accordance with FIM regulations.

Yamaha has had a disappointing 2018 MotoGP season, and Vinales had the only victory for Yamaha in the last season, at Philip Island in the Australian GP. For 2019, the Spaniard has changed his number from 25 to 12 for his third season on the M1. After the unveiling of the new YZR-M1, Rossi and Vinales will fly to Malaysia to participate in the pre-season testing of the new M1 at the Sepang Circuit from February 6-8. After Sepang, the last pre-season tests will be held in Losail starting February 23. The 2019 MotoGP Championship will begin from March 10 in Qatar.