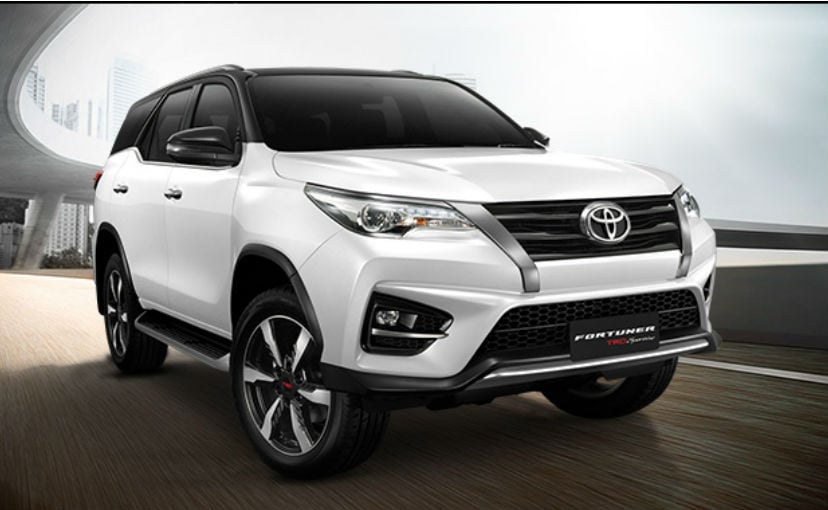 Toyota has revealed the updated version of the Fortuner TRD Sportivo edition for the Thailand market. Spruced with cosmetic upgrades, the model is now badged as the 2018 Toyota Fortuner TRD Sportivo 2 and comes with a host of changes including the new bumper and grille surrounds. The alloy wheel design is new as well, while the rear features mild changes to the tailgate on the SUV. The changes also translate in the cabin.

Elaborating on the cosmetic changes, the 2018 Toyota Fortuner TRD Sportivo 2 continues to use a black grille instead of chrome on the standard version, but the black accents have been replaced by dull grey accents. The lower section of the grille is now body coloured, while the bumper is now wider and lower and gets red highlights. There's a splitter running at the bottom. The fog lamps have been redesigned as well and get brushed metal accents for a premium touch.

At the rear, the new Toyota Fortuner TRD Sportivo 2 comes with a brushed metal bar running between the taillights, while the bumper gets a blacked-out section that helps reduce the visual bulk. Other changes include a faux diffuser, larger reflectors and revised fog lamp position on the Fortuner Sportivo 2, along with the new 20-inch alloy wheels for the Thai market. As it has been with the previous models, the SUV gets blacked-out roof and ORVMs to create a contrast over the white paint scheme. 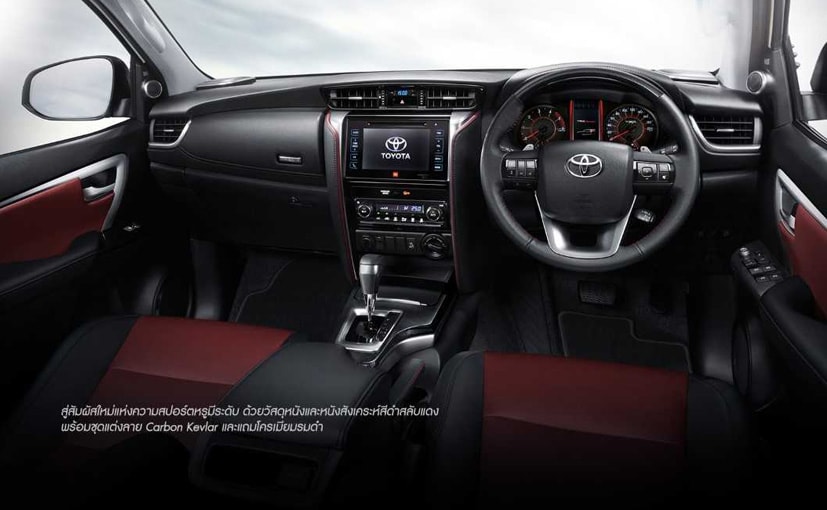 Inside, the sporty edition of the Fortuner Sportivo 2 gets an all-black cabin with red cross-stitching. The SUV also gets the TRD badged instrument console, while the seats and door trims are finished in black and red colours. The key fob also gets the black and red treatment on the Sportivo 2.

Much like India, the Toyota Fortuner TRD Sportivo 2 is powered by a 2.8-litre diesel engine that is available in manual and automatic transmissions with all-wheel drive as optional. The international-spec version though gets a tweaked suspension on the Sportivo for better handling.

Toyota India offers the Fortuner SUV in the TRD Sportivo trim and it is likely that the Sportivo 2 will go on sale here in the next few weeks. As Mahindra is all set to enter this segment with the Alturas G4, competing products including the Fortuner, Ford Endeavour, Skoda Kodiaq and more, would certainly like more visibility amidst potential buyers.