The Hyundai Grand i10 Nios was seen completely undisguised at a dealership finally giving us a glimpse of its rear, ahead of its launch on August 20, 2019. 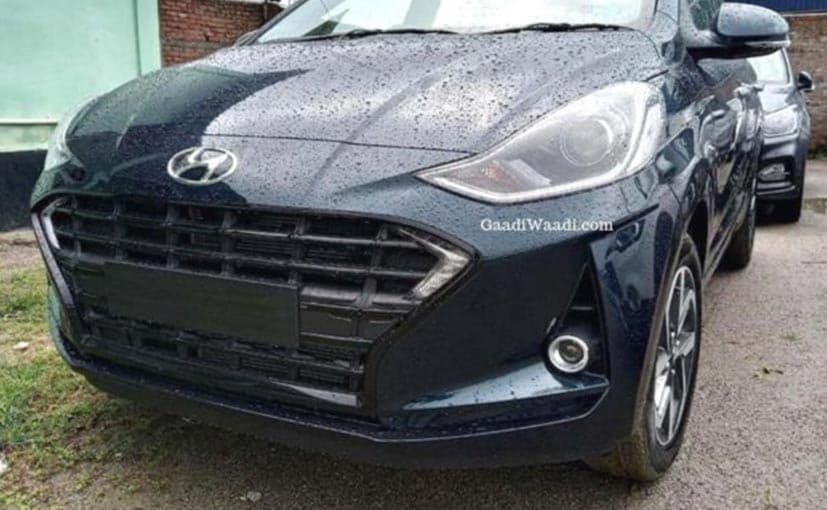 The new generation Hyundai Grand i10 Nios is just days away from its launch in India, and the hatchback has started arriving at dealerships. The automaker opened bookings for the all-new offering earlier this month for a token amount of ₹ 11,000, while prices and availability will be announced at the launch on August 20, 2019. The latest images emerged online show the new Grand i10 Nios at what seems to be a dealer yard and gives a clearer look at the exterior. The model will be making world debut in India with the European launch planned at the Frankfurt Motors Show in September this year. 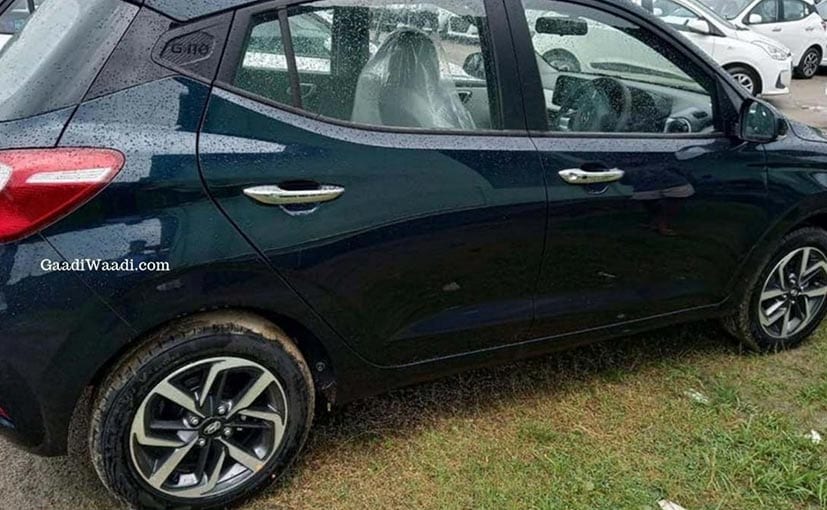 The top trims on the 2020 Grand i10 Nios will get diamond cut alloy wheels, chrome door handles & projector lights

The Hyundai Grand i10 Nios can be seen in the Alpha Blue shade in the range-topping Asta trim. The car comes with the blacked-out cascading grille with integrated LED DRLs, swept-up headlamps with  projector lens and the triangular housings in the bumper that accommodate the projector fog lamps. The images also provide a clear look of the hatchback's rear that gets the small wraparound taillights, new rear bumper with the triangular reflectors and a chrome bar on the boot-lid. The Grand i10 badge has been given a miss, while the 'Nios' badging now takes prominence on the boot. The X-shaped C-pillar, which was prominently talked about on the European version, gets the 'G i10' moniker on the, along with the X-inspired diamond cut alloy wheels. The images also confirm the chrome door handles, blackened pillars, and the auto folding ORVMs with turn indicators on the top trim. 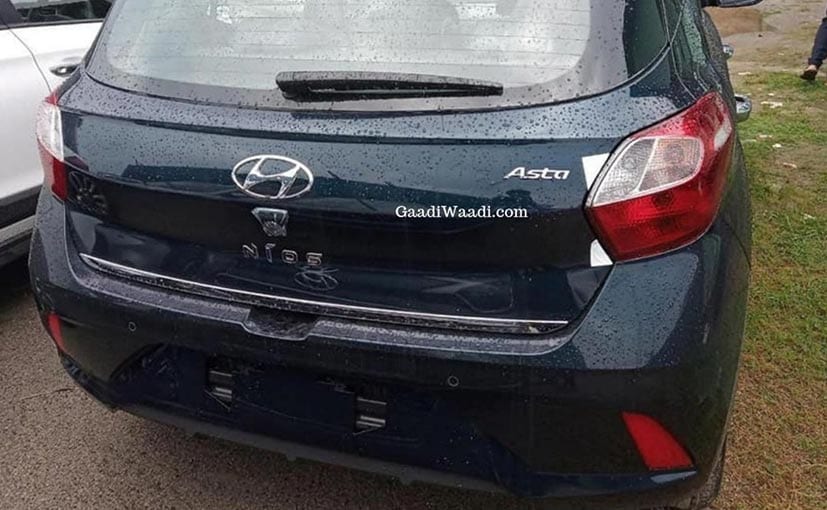 The rear gets redesigned taillights, Nios badging and a chrome bar on the boot-lid

We've already had a glimpse into the Hyundai Grand i10 Nios' cabin. The light coloured interior will come loaded with features including an 8-inch touchscreen infotainment system with Apple CarPlay and Android Auto, twin pod instrument console with MID, multi-function steering wheel, auto climate control with rear AC vents, and a segment-first wireless charging feature. The Grand i10 Nios will also be larger in dimensions and is expected to be around 40 mm longer, 20 mm wider with a wheelbase that has increased by 25 mm liberating more room in the cabin.

Also Read: Hyundai Kick Starts Production Of The Grand i10 Nios In India 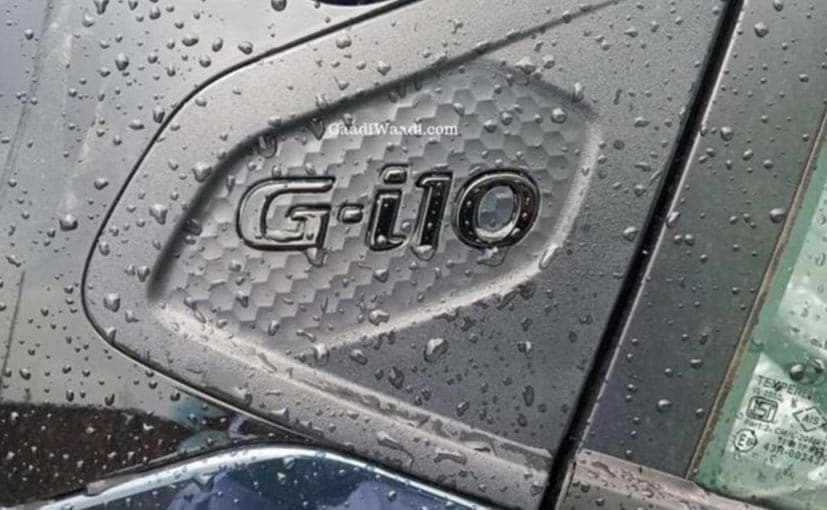 Hyundai commenced production of the Grand i10 Nios earlier this month from its Chennai-based facility, and the all-new offering will be sold alongside the current generation Grand i10 in India. The automaker though has discontinued the diesel version of the outgoing model, while the petrol version continues to be on offer. Hyundai will be carrying over the 1.2-litre petrol and diesel engines on the Grand i10 Nios, while transmission options will include the 5-speed manual and an automated manual transmission (AMT). It is likely that the engines will be BS6 ready right from the launch.

The Hyundai Grand i10 Nios will take on the Maruti Suzuki Swift and the Ford Figo in the segment, and prices are expected to be competitive starting at just over ₹ 5 lakh (ex-showroom). With a host of launches lined up starting tomorrow, we will be bringing you all the action from the each of these events including that on the Grand i10 Nios. Make sure to keep watching this space.