Land Rover will launch the 2020 Defender in three iterations and two wheelbase options. 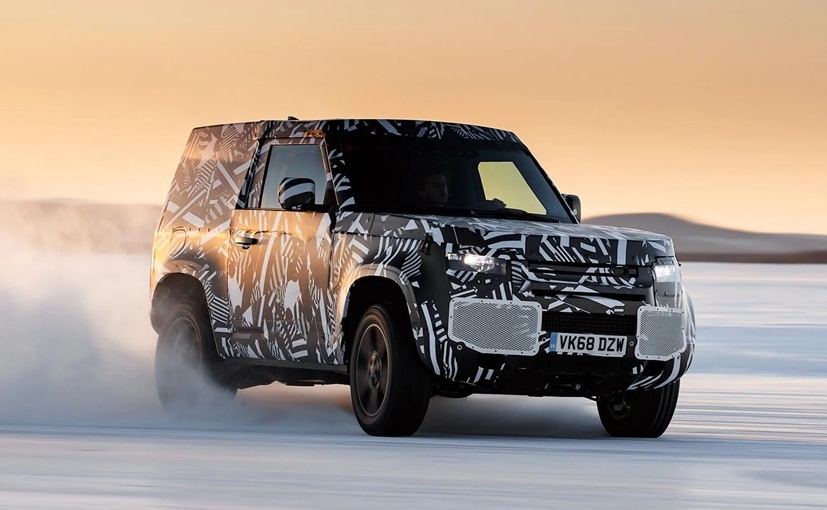 View Photos
The upcoming Land Rover Defender will be an eight seater.

The upcoming Land Rover Defender is one of the most anticipated launches of the year and we are getting to know more about it as we are heading close to its reveal. The Land Rover Defender is one of the cult brands and the company wants to make sure that the new model is relatable to its predecessor. The company recently conducted a conference from where a set of images have surfaced online. The documents confirm that the Defender will be offered in three sizes and there will be one variant with eight-seat configuration. 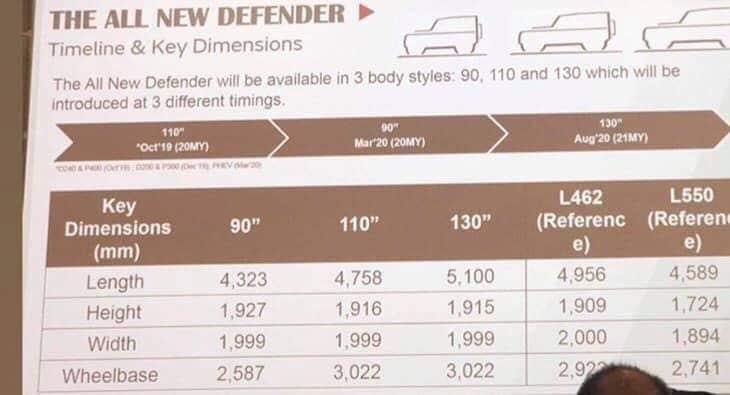 The Defender 130 variant being an eight-seater will be the longest, measuring at 5100 mm.

The 2020 Defender will be offered in three iterations 90, 110 and 130. All the three iterations will be different in length and the 130 variant will be designed to seat eight passengers. The Defender 90 will be the shortest in length measuring at 4323 mm with a 2587 mm long wheelbase, while the 110 variant will be considerably bigger measuring at 4758 mm and the wheelbase will be 3022 mm long. The 130 variant being an eight-seater will be the longest, measuring at 5100 mm, however, the wheelbase will be equivalent to the 110 variant measuring at 3022 mm.

The next-gen Land Rover Defender has been designed and developed at Land Rover's Gaydon design, engineering and testing facility in the UK. However, its production will take place at Land Rover's new manufacturing plant in Nitra, Slovakia. Other than the 3.0-litre six-cylinder engines, the new Defender is also expected to get the latest 2.0-litre four-cylinder diesel engine which recently made its way to the Range Rover Sport. Land Rover may also launch the Defender with a Hybrid variant.