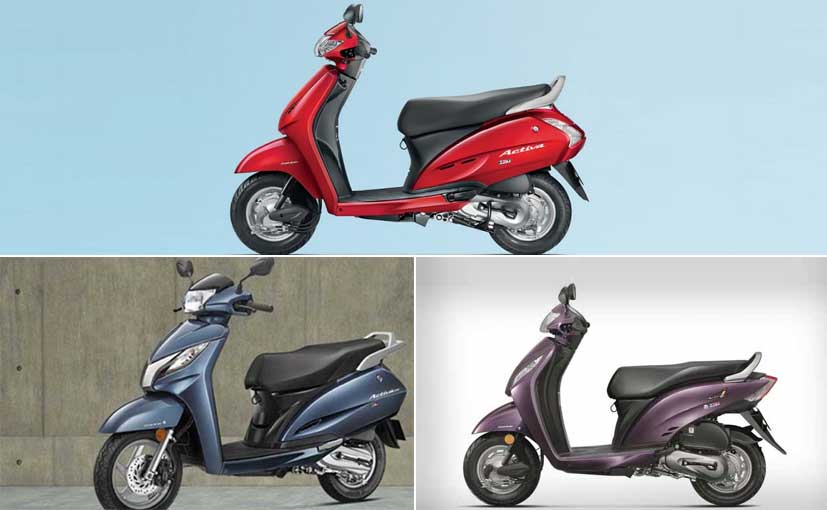 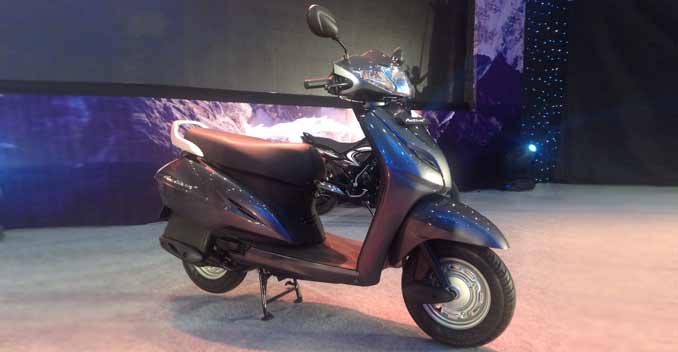 (The Honda Activa is a best-seller for HMSI)

This Honda Activa 3G is the third generation model of the Activa, which was launched in early 2015, 15 years after the first generation Activa made its debut in India. It is still powered by an 110cc engine which produces 8bhp and 8.83Nm of torque. Of course, Honda Two Wheelers introduced new technologies such as Honda Eco Technology (HET), which essentially improved the fuel efficiency figures and the performance too. The ARAI claimed efficiency for the Honda Activa 3G is 60Km/l. The Activa was always a spartan scooter and was more about practicality and ease of use than performance and desirability.

It gets an analogue instrumentation panel whereas some of the competition has moved on to digital or at least part analogue part digital consoles. Its immediate competition is the TVS Jupiter and the Hero Maestro Edge along with the Mahindra Gusto and the Yamaha Fascino. A few months ago, 50 Honda Activa scooters were retro-fitted with CNG engines in order to create awareness about green and sustainable energy as well. The price for the Honda Activa 3G is ₹ 50,048 (Ex-showroom, Delhi) 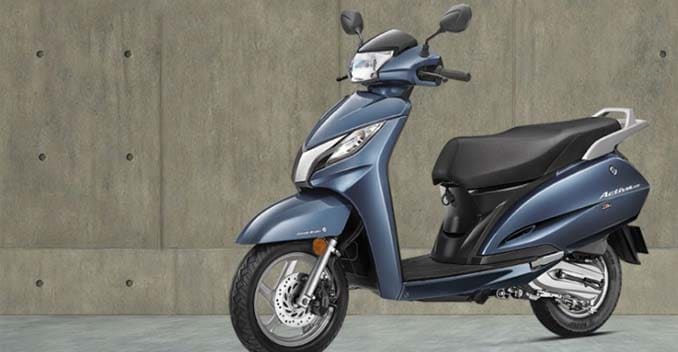 The Honda Activa 125 was first showcased at the 2014 Auto Expo and was launched a couple of months later across India. This was the first time Honda had ventured into the 125cc scooter segment. The Honda Activa 125 saw a few changes as compared to its other Activa siblings. The engine remained the same but the displacement was increased by increasing the bore and stroke, making 8.7bhp and 10.12Nm of torque. The claimed efficiency was 59Km/l. Also, there were a few styling changes as well. The biggest change was the telescopic suspension, 12-inch wheels and the optional disc brake upfront. This was also the first time that these three particular features made their way into a Honda scooter, giving it high speed stability and a great ride quality. The instrumentation panel too is part analogue-part digital with a trip meter as well, a first on an Indian scooter. The Honda Activa 125 had the longest list of features amongst the three Activa models and of course, is the most expensive too. The prices for the Activa 125 start at ₹ 56,221. (Ex-showroom, Delhi)