The new Audi Q8 plug-in hybrid has been spotted wearing a 55 TFSI badge which means the 3.0-litre V6 engine could be combined with an electric motor. 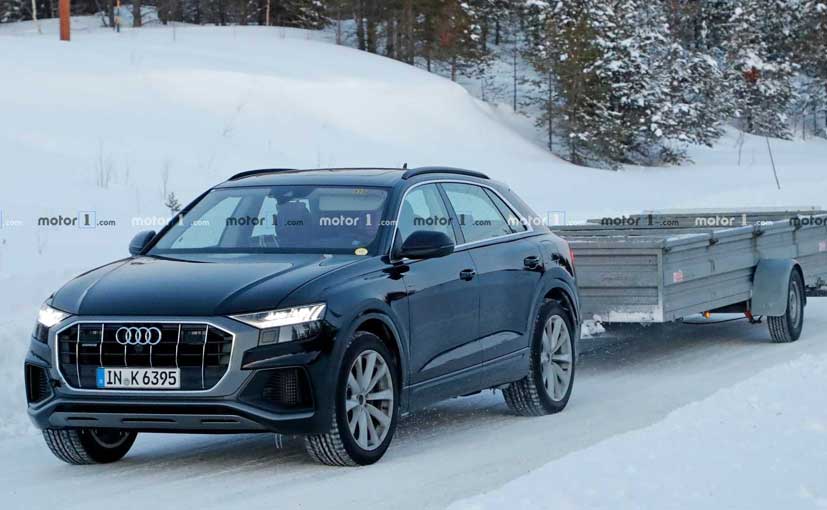 Audi has already shared plans about electrifying a slew of its models including the A6 and A8 sedans. The company had also mentioned about introducing plug-in hybrids to the Q range and it looks like the recently unveiled Q8 coupe SUV will be the first electrified Q model. A test mule of the Q8 has been spotted testing and few elements clearly hint of it being the hybrid iteration. 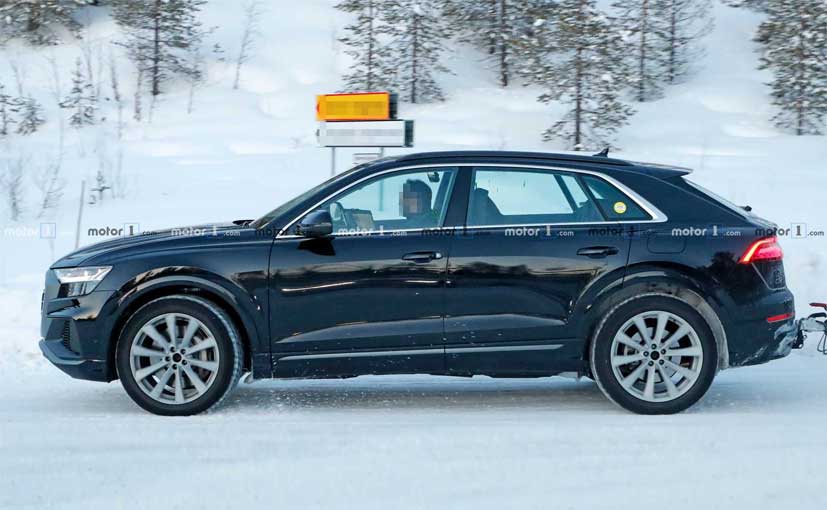 The yellow sticker on the left quarter glass indicates that it's a plug-in hybrid.

For instance, yellow sticker on the left rear quarter glass is the first hint which tells you that it's the hybrid. Then the lid on the left rear fender is actually where the charging port is mounted. The fuel lid opening on the Q8, or on all Audis for that matter is on the right rear wheel fender. The car spotted testing is the Q8 55 TFSI variant which most likely will be coupled with an electric motor. The new Audi Q8 plug-in-hybrid has been spotted in the 55 TFSI variant.

The Q8 55 TFSI is powered by a 3.0-liter V6 motor which is expected to be coupled with an electric motor. In other Audi models, the same powertrain combination produces 371 bhp and 500 Nm of peak torque and is mated to a seven-speed dual-clutch gearbox.