The production SUV will be built on Land Rover's L550 platform and the car will be available in the 5 and 7 seater formats. Expect it to get Fiat's Multijet II diesel engine. 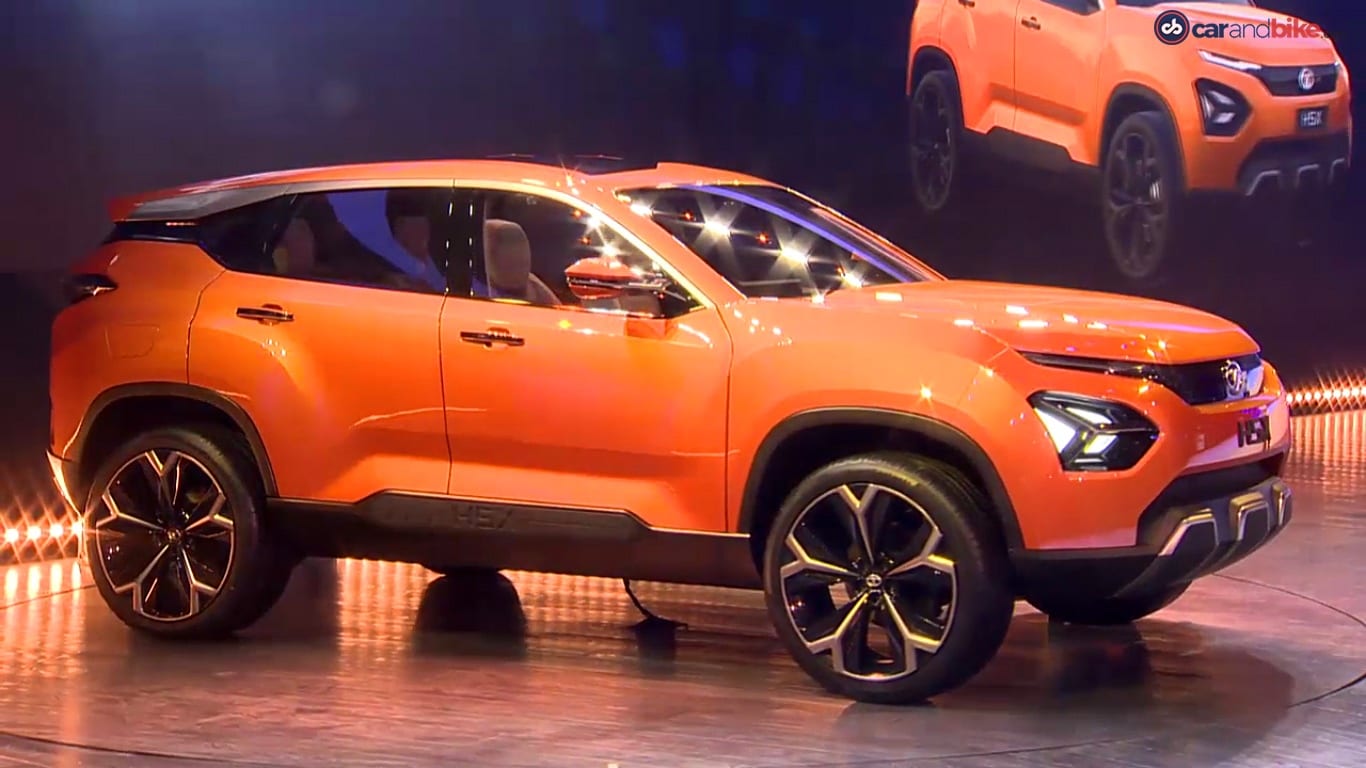 Tata Motors has taken the wraps off the new SUV concept which it has been teasing over the past few weeks. It's called the H5X and is a concept which previews the company's production SUV which is all set to be launched in 2019. The car will carry the new Impact Design 2.0 design language and yes it's quite the looker. It's unlike any other Tata SUV you might have seen till date.

The H5X gets 22-inch wheels and the huge wheel arches give it a very muscular stance. The SUV's bold face is characterised by slim high-set LED headlights and there's Tata's trademark humanity line which connects the headlamps and the grille. There was also different looking fog lamp housing which Tata Motors refers to as the 'tri-arrow pattern'. The sloping roofline and the rear windscreen breaks away from any traditional designs we've so far seen from the company.

Commenting on the occasion, Guenter Butschek, CEO & MD, Tata Motors, said, "Tata Motors has a long-standing relationship with Auto Expo, with special premieres of leading edge solutions from the company's Passenger and Commercial Vehicles portfolio. This Auto Expo, we have taken it several notches higher, outlining our plans for the future of India's Smart Cities and its connected generation. Our 'Smart Mobility, Smart Cities' pavilion has been designed keeping the future Smart Cities and emerging market trends in mind. Our exhibits are a clear indication of our capability to meet the growing aspirations of our customers.

The production SUV will be built on Land Rover's L550 platform and the car will be available in the 5 and 7 seater formats. Expect it to get Fiat's Multijet II diesel engine. Now, the test vehicle that we've seen has a toned down version but going by Tata's reputation of turning concept cars into production units without so much as changing much in terms of design, (case in point, Nexon and Tigor) we hope that it sticks to the concept on this one too. We'll see the production version of the car in 2019 and can't wait to see it in the flesh.

Skoda Karoq Almost Sold Out In India
58 minutes ago

Triumph Tiger 850 Sport Under Development; Launch Likely In 2021
19 minutes ago