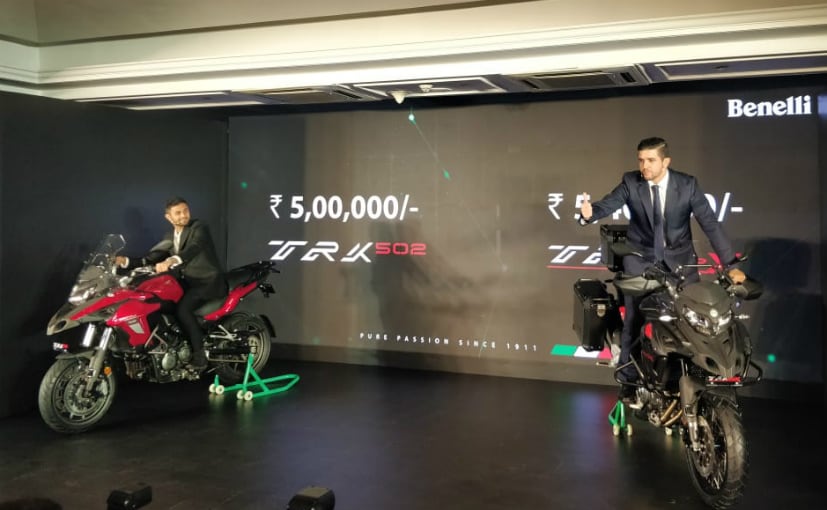 Italian bike maker Benelli is back in India and has a new partner too in the form of Adishwar Auto Ride India, part of the Hyderabad-based Mahavir Group. Starting its second innings in the country, the company has launched the Benelli TRK 502 adventure motorcycle in the 500 cc segment. The Benelli TRK 502 is priced at ₹ 5 lakh for the standard version, while the TRK 502 X is priced at ₹ 5.40 lakh (all prices, ex-showroom), which is the off-road spec model. The bikes are available for a booking amount of ₹ 10,000 online on the company's website, while deliveries will start around April this year. Benelli India is also offering the booking amount as a voucher to the first set of customers that can be redeemed at the dealerships.

The new Benelli TRK 502 has been a successful offering for its maker in markets like Italy, Argentina, China and South East Asia. In India, the bike marks the foray of Benelli in the adventure tourer segment. The TRK 502 does not have a direct rival but takes on a host of offering including the Kawasaki Versys 650, Suzuki V-Strom 650 XT, SWM SueprDual T and also the Kawasaki Versys X-300, BMW G 310 GS and the Royal Enfield Himalayan. With adventure tourers witnessing a healthy increase in popularity, the Italian bike maker is looking to capture a chunk of volumes in this space.

Also Read: Benelli TRK 502: All You Need To Know 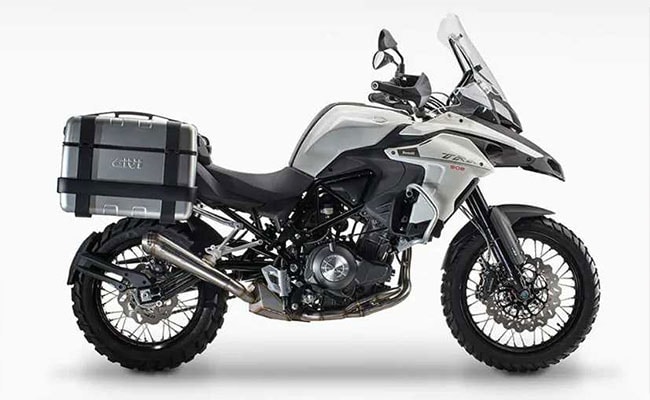 The Benelli TRK 502 looks imposing with a height of 1450 mm, and has presence too measuring 2200 mm in length and 915 mm in width. The bike comes with a semi-faired design that looks smart if not the most stylish and gets the trademark ADV elements like the beak-like fender up front, large windscreen and knuckle guards on the handlebar. The bike comes with a dual headlamp setup with LED indicators and taillight. The seat height meanwhile stands at 800 mm for the standard TRK, going up to 840 mm on the TRK 502 X. The ground clearance too increases on the adventure tourer from 190 mm on the standard version up to 220 mm on the X model. The bike comes with a 20 litre fuel tank. 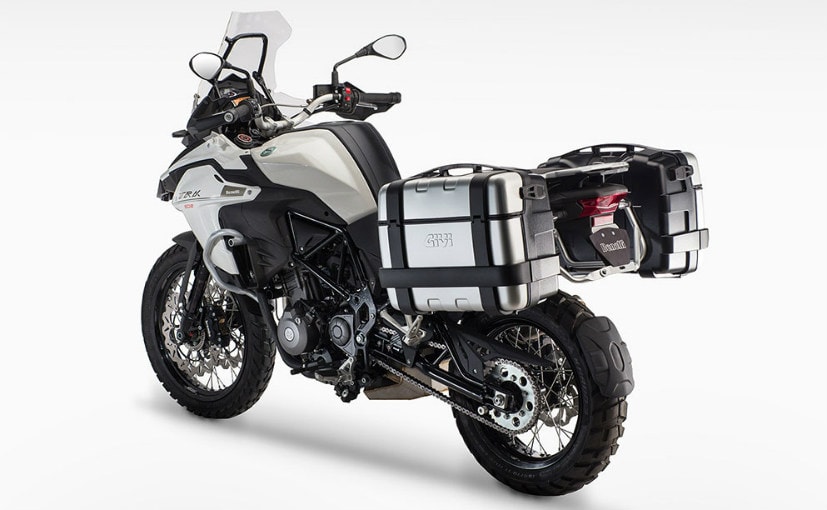 Both versions of the Benelli TRK 502 draw power from the same 500 cc parallel-twin, liquid-cooled engine tuned for 47 bhp at 8500 rpm and 46 Nm of peak torque at 6000 rpm. The motor is paired with a 6-speed gearbox and uses a hydraulically actuated clutch to reduce lever effort. You also get a gear shift indicator. The bike is suspended by 50 mm USD forks up front that is non-adjustable and a vertically mounted monoshock unit at the rear that comes with rebound and pre-load adjustment. Braking performance comes from 320 mm dual disc brakes at front and a 260 mm at the rear end with dual-channel ABS with the rear unit switchable.