The India-bound SUV will be based on the Citroen C3, and it is expected to be a sub-4 metre SUV. The model appears to be in the earlier stages of testing and it will be manufactured at Citroen's plant on Tamil Nadu. 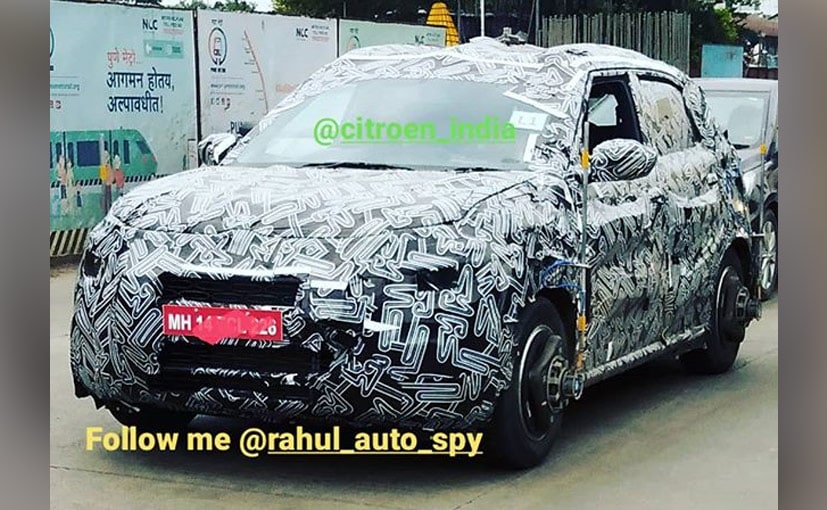 Images of a test mule of the Citroen C3-based SUV for India have recently surfaced online for the first time. The India-spec model, which is expected to be a sub-4 metre SUV, is slated to be launched next year, and rumour has it that it will be called Citroen C3 Sporty, however, there is no official confirmation on the name. Based on the camouflage and the temporary parts, the model appears to be in the earlier stages of testing and it will be manufactured at Citroen's plant on Tamil Nadu.

There is not much we can comment about the design of the car, however, one of the indications that this is a Citroen prototype is the distinctive bonnet line that has this inverted V cut upfront, which is made to align with the brand logo. The SUV will also feature the split headlight design with the main unit positioned below, closer to the bumper while the slim LED daytime running lamps will be position above, aligned with the grille. The extensive pseudo cladding doesn't reveal what the rear section looks like. 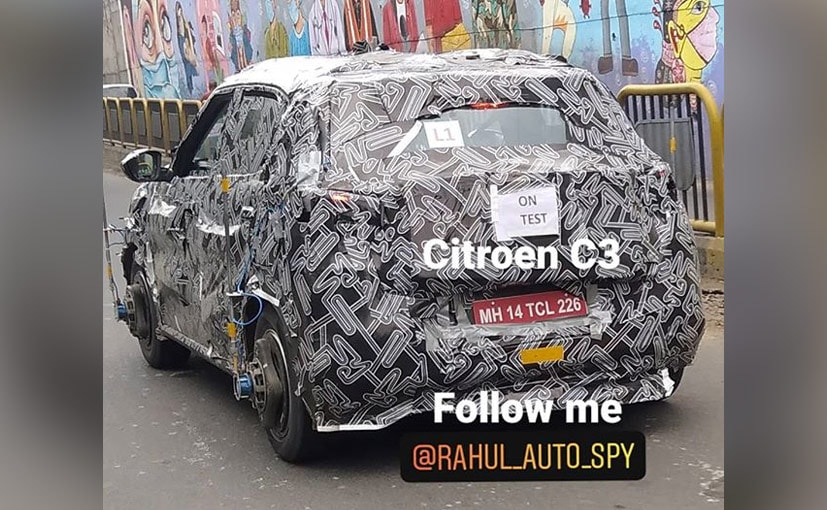 The new C3-based subcompact SUV will be launched as part of the company's C-Cubed programme, under which Citroen India plans to launch four new products in India by 2023. Powertrain options are expected to be similar to what the C3 gets in the global markets. So, the petrol version will come with the 1.2-litre three-cylinder turbocharged unit and the diesel will get the 1.5-litre, four-cylinder turbocharged oil burner. More details about the car will be revealed closer to its launch.

The company is expected to begin its India operations in early 2021 with the launch of its compact SUV - Citroen C5 Aircross, which will come to India via the completely knocked down (CKD) route and will be assembled at CK Birla's Thiruvallur plant in Tamil Nadu. In fact, Citroen has started with the trial production of the C5 Aircross in India.