The futuristic vehicle, that is touted as a zero emission car, emitting only water, can run up to 500 km on a single refuel and is noiseless. 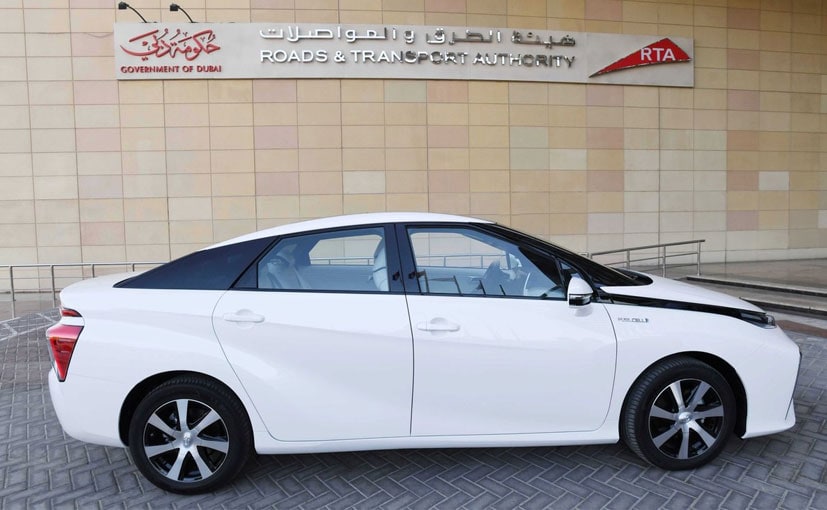 Dubai has launched a trial run of the region's first electric hydrogen-powered vehicle, the Roads and Transport Authority (RTA) announced on Saturday. The hydrogen-powered car, Toyota Mirai, will be on a trial run as the RTA continues to look for alternate fuel options as part of its sustainable transport strategy, the Khaleej Times reported. The futuristic vehicle, that is touted as a zero emission car, emitting only water, can run up to 500 km on a single refuel and is noiseless. Its refuelling can be done in minutes, unlike electric vehicles.

Also Read: Dubai Police To Add Hoverbikes To Its Fleet

The vehicle is powered by hydrogen, which generates electricity inside the engine after being mixed with oxygen supplied through the grill intake at the front of the vehicle. It is characterised by high-level driving convenience and uses Toyota Fuel Cell System that combines fuel cell as well as hybrid technology.

"RTA attaches paramount importance to protecting the environment and saving power consumption... This experiment is a part of a low carbon strategy aimed at making Dubai a role model in efficient power consumption and low carbon emission," said Mattar Al Tayer, Director-General and Chairman of the Board of Executive Directors of RTA.

He added that the initiative will help the RTA achieve its target of reducing carbon emissions of taxis by 2 per cent.

Al Tayer said that the Dubai Taxi Corporation (DTC), a subsidiary of the RTA, has become the first taxi operator in the Middle East to deploy a hydrogen fuel cell electric vehicle (Mirai) in its fleet.

"RTA will start a trial run of the vehicle as part of its limousine service at the Dubai International Airport to assess the economic feasibility and environmental benefits of its operation," he said.

In 2008, Dubai became the first city in the region to begin a trial of hybrid vehicles as taxis and now around 800 hybrid taxis operate in the city.

RTA announced a plan to replace half of the taxi fleet with eco-friendly vehicles by 2021. At present, around 20 per cent of the fleet is hybrid.