Ducati Multistrada 1260 Enduro: All You Need To Know

Here's everything you need to know about the new Ducati Multistrada 1260 Enduro. View Photos
The Ducati Multistrada 1260 Enduro has been launched with priced starting at Rs. 19.99 lakh The Ducati Multistrada 1260 Enduro comes with the all-new 1,262 cc, Testastretta DVT (Desmodromic Valve Timing) L-twin engine, which puts out 156 bhp at 9,500 rpm and 128 Nm of peak torque at 7,500 rpm. The DVT engine offers Ducati's version of variable valve timing, which offers more torque throughout the rev range. According to Ducati, 85 per cent of the torque is available under 3,500 rpm, and with a 17 per cent increase in pulling power at 5,500 rpm compared to the Ducati Multistrada 1200 Enduro it will replace. 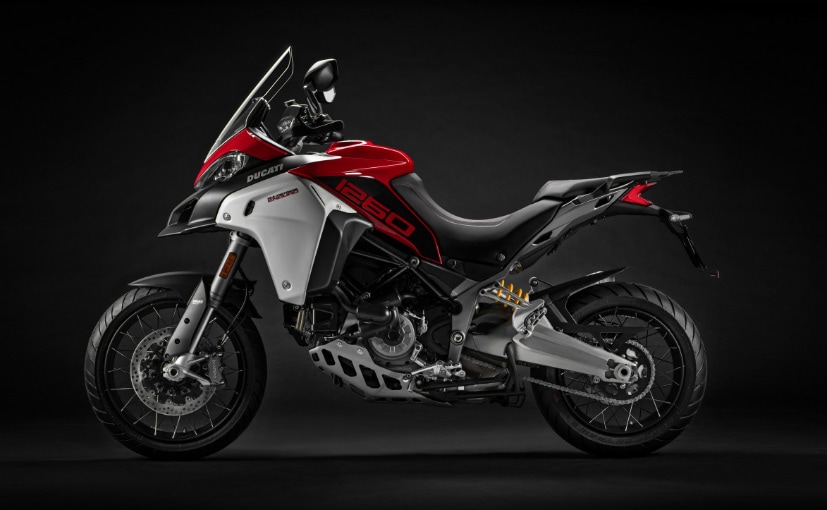 The Multistrada 1260 Enduro gets four riding modes. Sport comes with aggressive throttle response, with the full 156 bhp power; Touring offers the full power, but with a toned down, and smoother throttle response; Urban offers power reduced to 100 bhp, as does Enduro. And each of these riding modes are further customisable, across different parameters, with the Enduro mode offering three power modes. The 6-axis inertial measurement unit (IMU) powers the Ducati Cornering Lights, as well as the Bosch Cornering ABS which has three settings, and can be switched off. The Wheelie Control has eight settings and can be switched off as well, as is the eight-level Traction Control system. The up/down Ducati Quick Shift system offers seamless upshift and downshifts. 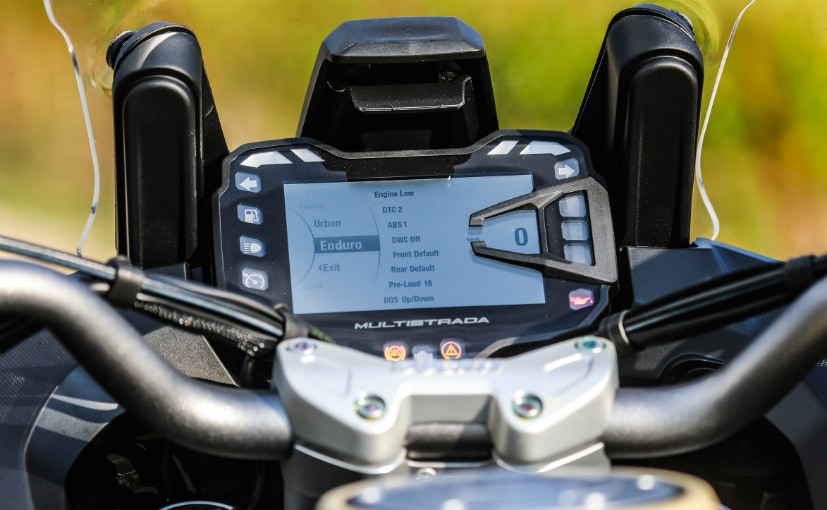 The settings on the electronic rider aids can be toggled via a 5-inch, full-colour, TFT high-resolution dashboard derived from the Panigale V4. What Ducati calls a sophisticated Human Machine Interface (HMI) has user-friendly switchgear controls and a Ducati Multimedia System (DMS) which can be connected to the rider's smartphone via Bluetooth. The Ducati Link App allows intuitive use and choice of travel mode (combination of Load and Riding mode) and allows easy customisation of parameters of each riding mode via a smartphone. 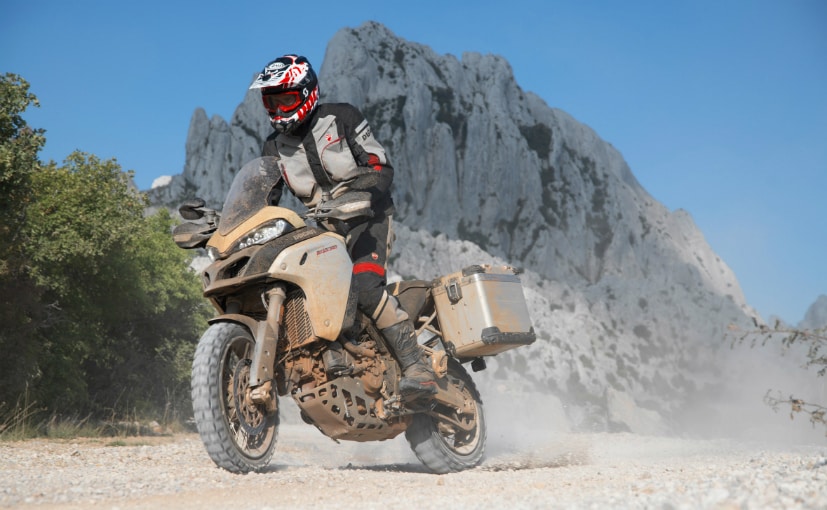 The dimensions remain the same as the Multistrada 1200 Enduro it replaces, but ergonomics have been changed

The ergonomics have been revised on the new Multistrada 1260 Enduro, and part of that is due to the lowered suspension travel and seat height. The chassis has been redesigned, reducing the suspension travel to 185 mm, down from 200 mm on the 1200 Enduro. Seat height has also been lowered as a result to 860 mm making the bike easier to handle for all riders. The handlebar has also been lowered, and the front portion of the seat, as well as the fuel tank is now slimmer. Overall dimensions of the bike though remain the same, with the same 225 kg dry weight. 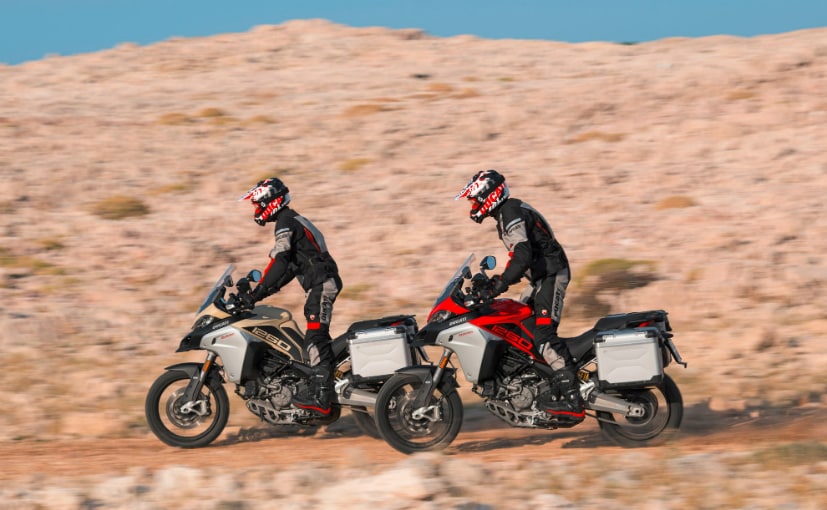