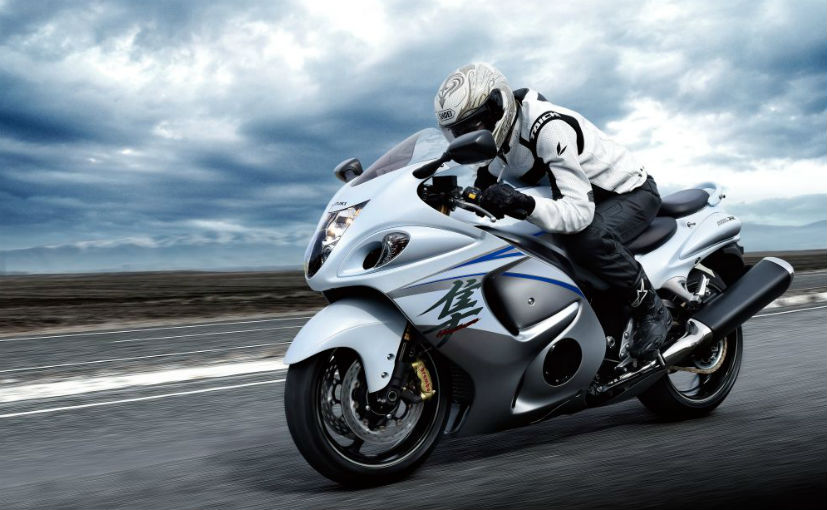 The largest motorcycle by cubic capacity to be assembled in the country; locally assembling the Hayabusa has helped Suzuki India slash prices of its super bike by a healthy ₹ 2.5 lakh over the fully imported model and will now cost you ₹ 13,57,135 (ex-showroom, Delhi). Still one of the fastest bikes around, the 'Busa can hit a top speed of 299 kmph on the speedometer. Yup, the old lady is still lightning fast!

The India spec Suzuki Hayabusa remains the same in specifications as the CBU version. Power comes from a 1340cc in-line four-cylinder engine tuned to churn out 194bhp and develops 154Nm of torque. The motor is mated to a 6-speed gearbox. Suspension duties are performed by inverted telescopic forks up front and a link type rear setup. Braking performance from twin discs upfront and a single disc brake at the rear.

The Hayabusa is assembled at private location within Suzuki's Gurgaon facility. The automaker imports parts of the super bike from Japan and has also imported the necessary equipment needed for assembly in the country. One bike takes up to 10 hours to be completely assembled with the engine being fully imported, while the rest of the bike is built from CKD parts. The distinct feature that makes the India spec model truly local is that of a saree guard discreetly added on the flagship offering.

Suzuki is already working on the next generation Hayabusa that will be a lot more radical and electronically loaded than the outgoing version. Also expect an increase in power output from the motor; more so, since the new gen model is expected to be supercharged.