The Maruti Suzuki S-Presso has been dubbed as a mini SUV. Based on the Future S concept it has an upright stance and boxy silhouette in a bid to keep the SUV proportions intact. 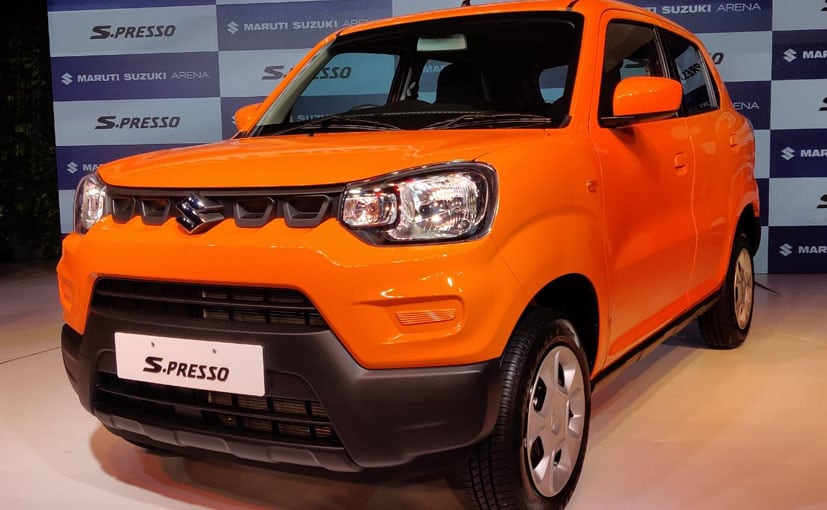 View Photos
The Maruti Suzuki S-Presso is based on the Heartect platform.

The Maruti Suzuki S-Presso has been launched in India and prices start at ₹ 3.69 lakh (ex-showroom, Delhi). Dubbed as a mini SUV, the S-Presso is based on Maruti Future S concept, which was showcased at the 2018 Auto Expo. The Maruti Suzuki S-Presso, with its tall, upright stance, decent ground clearance and bold design does have SUV-like characteristics. The front end, especially, takes its design cues from the Vitara Brezza with a sleek, chrome laden grille and square-ish headlamps and a muscular bumper. Viewed in profile, Maruti's new mini SUV has a tall stance and a boxy shape and does manage to stand out of the crowd in the hatchback space. At the rear, the SPresso gets a big boot lid and square-like tail lamps. 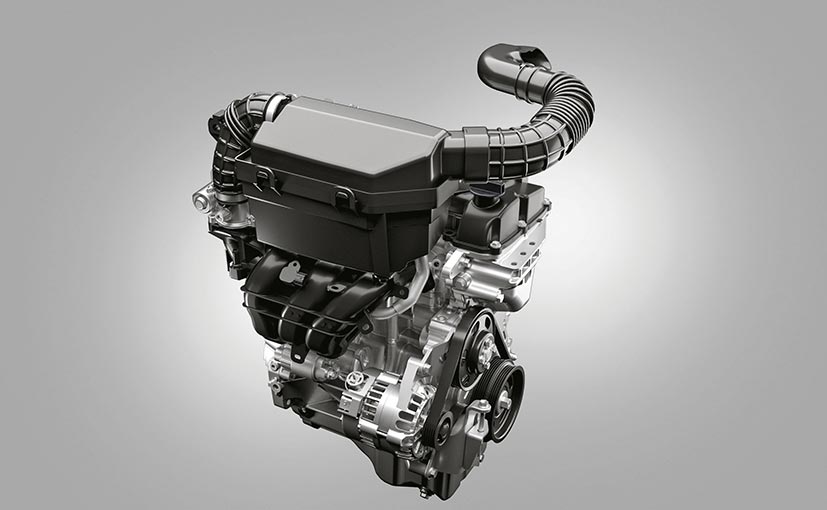 The Maruti Suzuki S-Presso gets a BS6 compliant engine and is offered with a five-speed manual gearbox along with an AMT option. 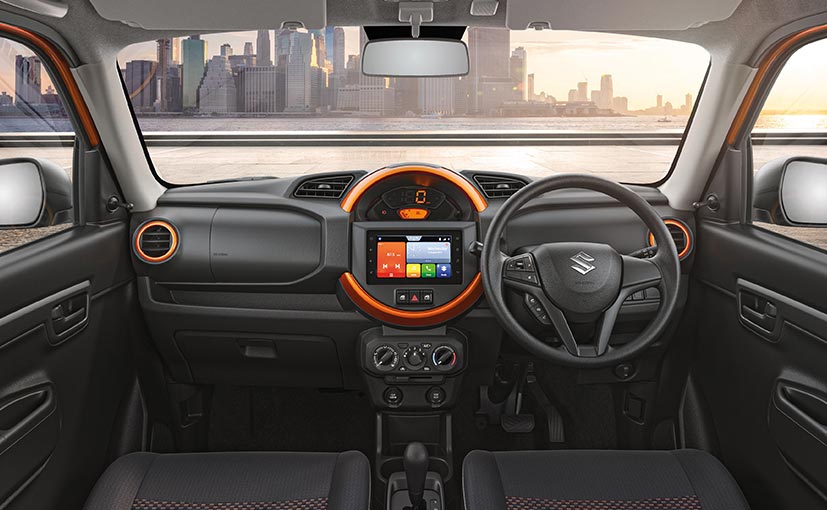 Inside, the S-Presso gets a smart-looking all-black interior and the dashboard gets body-coloured inserts, in the top trims. The big highlight here is the round centre console, which is inspired by the Mini Cooper. It houses the digital instrument cluster along with Maruti's SmartPlay touchscreen infotainment system, which will have smartphone connectivity. The centre console also houses controls for the AC and power windows along with having a USB port and a 12 V socket. The top trims of the S-Presso will have safety features such as dual-airbags, rear-parking sensors, and speed sensing door locking and so on while a driver side airbag will be offered as standard on the base models with the option of getting a passenger airbag. The upcoming S-Presso will be offered in four key variants - Standard, LXI, VXI, and VXI+, and these further have 10 options based on trims and transmission choices. The variants include - Standard, Standard (O), LXI, LXI (O), VXI, VXI (O), VXI+, VXI AGS, VXI (O) AGS, and VXI+ AGS. 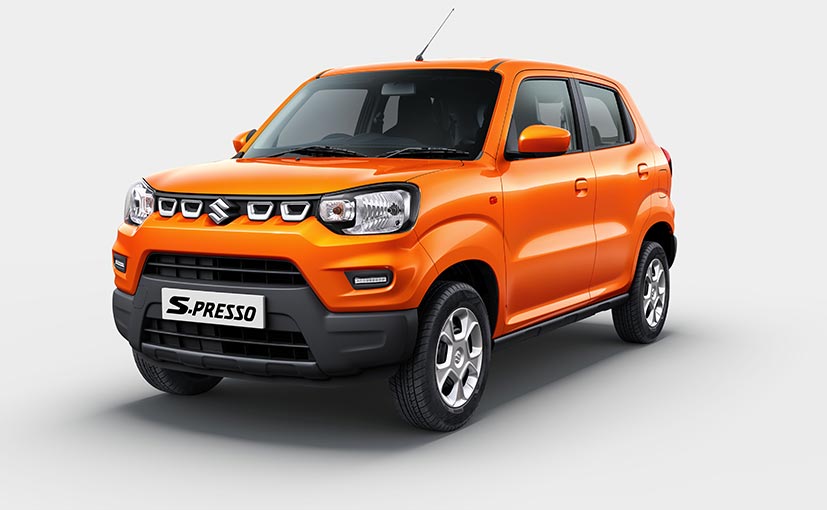 The Maruti Suzuki S-Presso will rival the likes of the new Renault Kwid Facelift.