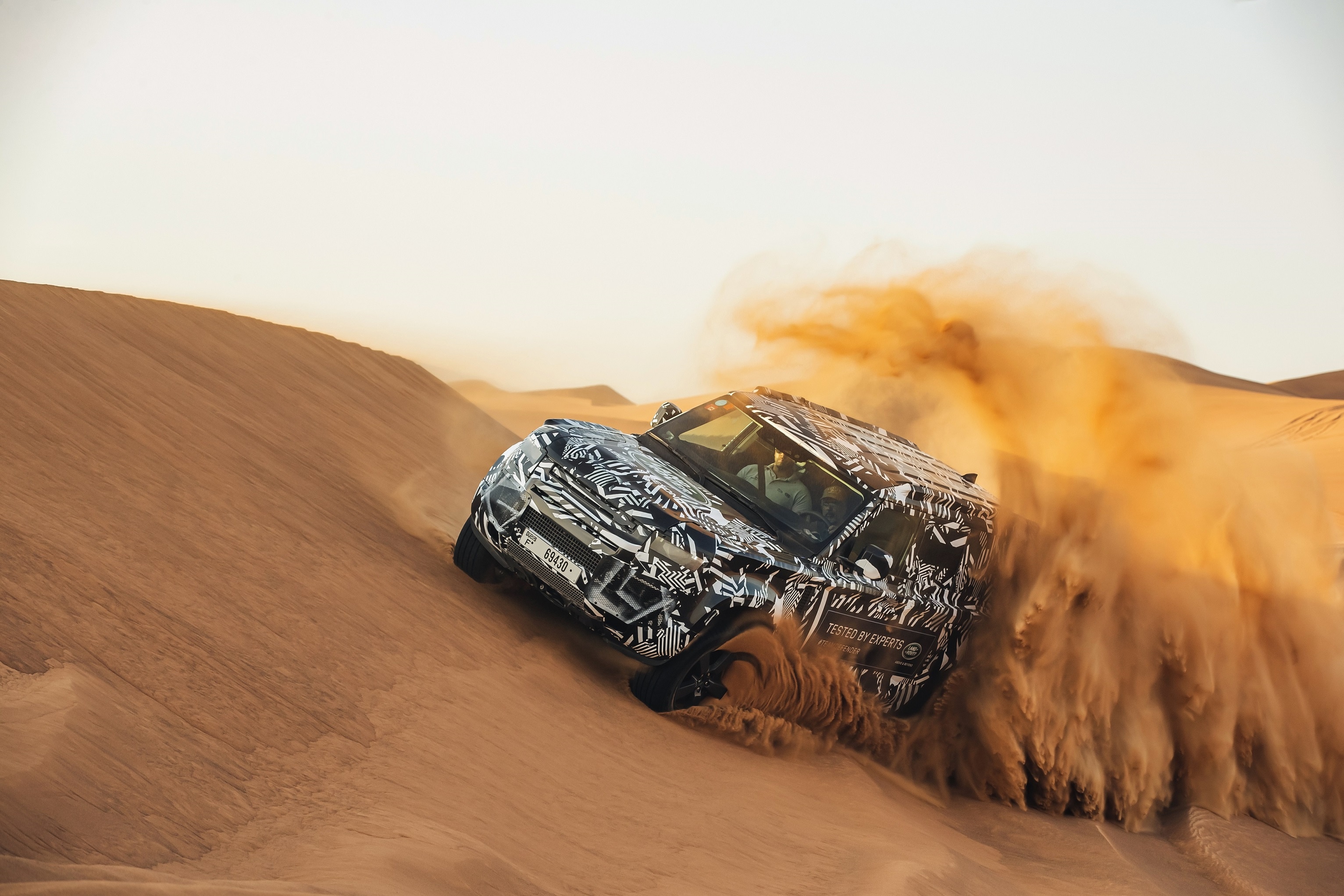 The highly awaited new-generation Land Rover Defender will finally make its global debut today at the 2019 Frankfurt Motor Show, ending a nearly four-year hiatus since the last model was produced. Land Rover discontinued the original Defender in 2016 after 68 years of production and the British off-roader is all set to come back in a modern iteration while packing in all the capabilities and functionality from the original. Now, there have been ample of teasers and spy shots also partially revealed the new Defender from the sets of the 25th Bond film. You can watch the Live Stream from the unveil event here.

The new-generation Land Rover Defender traces its origins back to the DC100 concept that was showcased way back in 2011. The new model is expected to be identical to the concept and will be offered in multiple bodystyles. Leaked images have shown that there will be the usual three-door 90, five-door 110 and a larger 130 model as well, with up to eight seats. The latter could be launche sometime next year though.

In terms of dimensions, the all-new Land Rover Defender measures 4,323 mm in length, 1,927 mm in height and 1,999 mm in width while the wheelbase stands at 2,587mm, for the 90 variant. The other versions will sport a longer wheelbase and larger proportions to accommodate the extra seats.

Complete details on the 2020 Land Rover Defender will be unveiled in sometime. Make sure to keep watching this space for all the action.