An updated test mule of the KTM RC 390 has been spotted on test in Austria, with revised bodywork, design and a slightly different subframe. The new RC 390 is expected to debut as a 2021 model. 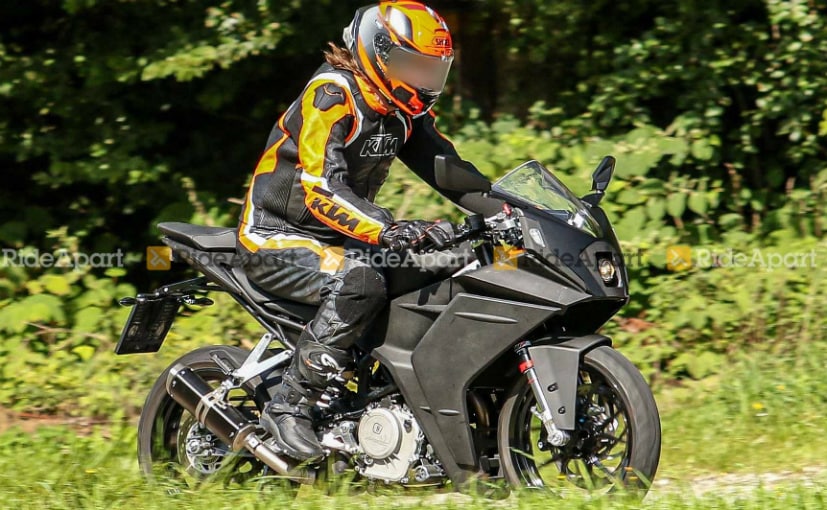 An updated test mule of the KTM RC 390 has been spotted doing test runs in Austria, confirming that KTM is working on updating both the KTM 390 Duke, as well as the full-faired KTM RC 390. Earlier this year, a test mule of the KTM 390 Duke was also spotted being tested in Germany, and it's only logical that its full-faired sibling, the KTM RC 390 will also get similarly updated. As the spy shots of the updated RC 390 show, there will be some significant changes to the new model, including a newly designed fairing, and some changes to the trellis frame as well. 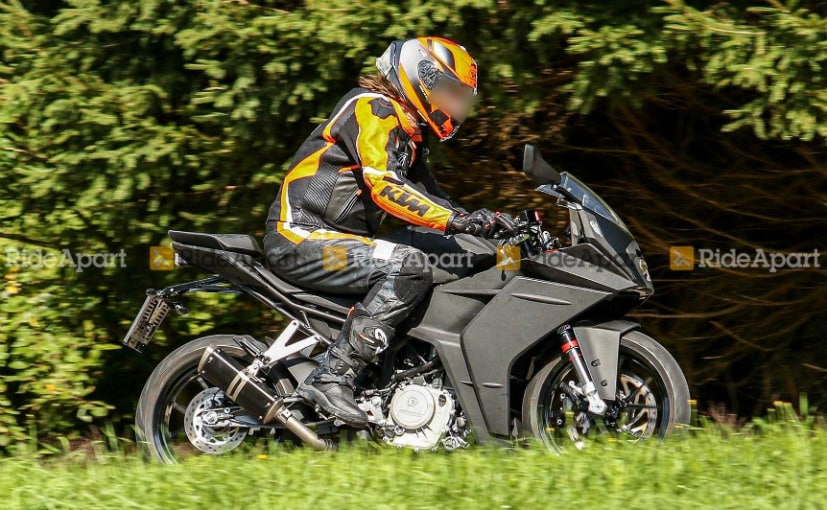 The face of the updated KTM RC 390 reveals several changes, including a taller windscreen, and a slightly rounder overall shape of the face. The creases and shape of the front fairing appear to have been changed as well, but there are some other changes to the trellis frame as well. The design for the subframe has been altered with what seems like a slightly slimmer trellis subframe and a newly designed perch for the pillion which will likely be more comfortable. Other changes include what looks like a bigger fuel tank, and a new modified handlebar which will likely offer more comfortable ergonomics than the committed riding position of the current KTM RC 390. The 373 cc, single-cylinder engine is not expected to be changed dramatically, and will likely retain the same displacement and power output. But the cylinder head is expected to be redesigned on the new model, as well as the exhaust manifold. These changes, and likely some other changes to the ECU, and throttle bodies, will help the updated KTM RC 390 meet the new global emission norms. So far, it's not clear when the updated models of the KTM 390 twins will be officially launched, but we don't foresee a launch any time before 2021, with the bikes probably to be unveiled at the EICMA 2020 show in Milan, Italy.

The KTM RC 390 is powered by the same 373.2 cc, single-cylinder engine which puts out 42.9 bhp at 9,000 rpm and peak torque of 35 Nm at 7,000 rpm. The RC 390 was first launched in 2014, and received an update in 2017 with a larger front disc brake, re-designed LED headlight, a full-colour TFT instrument panel, as well as ride-by-wire throttle and a slightly larger 13.5-litre fuel tank. The brake and clutch levers were also made adjustable in the last update of the RC 390, as well as an increase in seat height.