Next Generation Honda Amaze Being Readied For 2018 Launch

Honda is close to completing the development of the second generation Honda Amaze. It is expected to make its global debut at the 2018 Delhi Auto Expo, before seeing market launches in Thailand and India. The development on the second generation Honda Amaze is almost complete. It will be the next all-new model from Honda Cars India, and is expected to have its first public showing at the 2018 Auto Expo in Delhi. That will also mark the global debut of this model, unlike the first gen that had made its first appearance in Thailand. Honda is also expected to showcase the HR-V at the expo next year, as that will be the next all-new model to follow the Amaze in to the Indian market.

Like the current model, the new Honda Amaze is also being developed at Honda's R&D base in Thailand, but has also seen more inputs from the Honda India engineering team. Honda's Tapukara plant in Rajasthan will be the global supply base for the engines for the new Amaze. The new car is expected to carry a number of significant upgrades, including a more powerful iteration of the 1.5 diesel. It will be available in petrol as well, and Honda is closely studying the market performance of the Dzire's AMT to help decide its own automatic strategy for the next Amaze. Honda will also aspire to provide segment-best mileage figures once again, a claim currently held by the new second generation Dzire (22 kmpl - petrol; 28.4 kmpl - diesel). 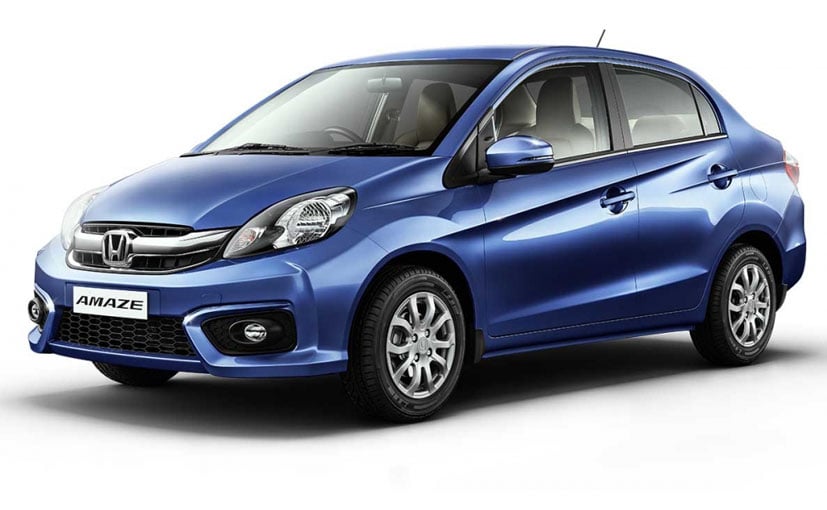 The Amaze will be wider and have a roomier cabin too. But its overall footprint will not grow too much, since the development has taken the sub-4 metre requirement into consideration. Honda has also planned to give the car a number of new features, including a new climate control and a new connectivity and music-related interface.

As of now it seems certain that the new Amaze will arrive before the new Brio - and Honda may not rush the launch of the hatch in India. The Brio has slowed down considerably and was never the monster hit that the Amaze had been. Of course the Amaze continues to clock in numbers of around 1500-3000 units a month, though its well off its peak of closer to 5000 3 years ago. Like the first gen, the next Amaze will share its platform with a hatch (Brio) and MPV (Mobilio), though its is as yet unclear whether Honda would pursue a second generation of its BR-V - which currently also shares the existing models' platform. The second generation Mobilio may also not make it to India, though it will be a major model for Indonesia and Thailand.

In fact as Honda starts to lay the groundwork for the next generation, it has stepped up some marketing efforts to once again revive some interest in the brand. After its major facelift was carried out in March 2016, this is now an effort to possibly make it more relevant and increase recall for it, as the rivals have recently launched new models (Ameo), new generations (Dzire) or major facelifts (Xcent) recently. Honda recently launched the 'Isme Feel Hai' campaign for Amaze owners on a radio platform at the start of June. While the new Amaze may be shown as a production car or concept at the 2018 Auto Expo, its market debut is only likely to happen only around August or September 2018.