Range Rover Evoque Convertible to Be Showcased at 2016 Auto Expo 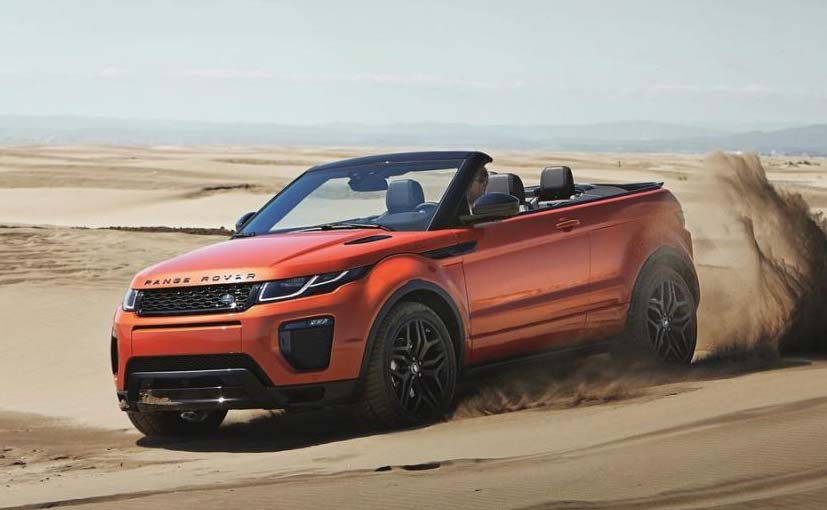 Tata-owned British carmaker, Jaguar Land Rover (JLR), will showcase its Range Rover Evoque Convertible premium compact SUV at the upcoming 2016 Delhi Auto Expo as reported by Business Standard. The car is expected to go on sale in India by the end of next year with its international launch date set for some time in spring 2016.

The drop-top Range Rover Evoque was first showcased as an ambitious concept back in 2012. Despite the mixed-reviews they received regarding the viability of a convertible SUV, the company followed up with the announcement that the concept would in fact be mass produced and would, upon its launch, become the world's very first convertible SUV. After teasing the car for a while to build up some hype, last month finally saw JLR officially reveal the Range Rover Evoque Convertible in production guise at the Los Angeles Auto Show. It was also announced that the car would go up on sale in 2016 in more than 170 countries. 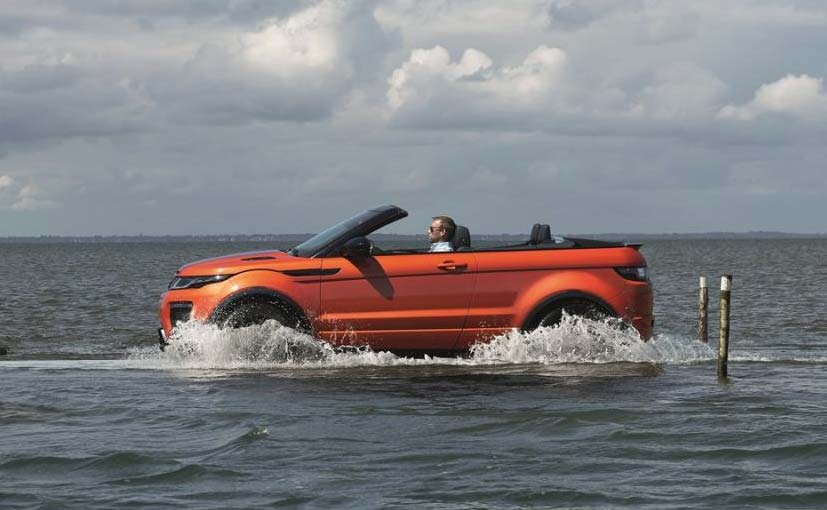 In terms of equipment and powertrain options, there isn't much difference between the Range Rover Evoque Convertible and its standard hard-top twin. The car will feature optional LED adaptive head-lamps with DRLs as standard, a choice between all-aluminium 2.0-litre petrol and Ingenium diesel engines, and a 9-speed ZF automatic gearbox. By chopping off the roof, the convertible rendition of the Evoque may not be structurally as tough as its hard-top sibling although the car has been equipped with a Terrain Response System if in case you decide to take it off-road.

The convertible is similarly equipped on the inside as well and comes with an 8-inch screen or an optional 10.2-inch InControl Touch Pro infotainment system, Android Auto, and Apple CarPlay. Sound is provided by a 280-watt Meridian system with 10 speakers which can be upgraded to 660-watt, 12-speaker setup. 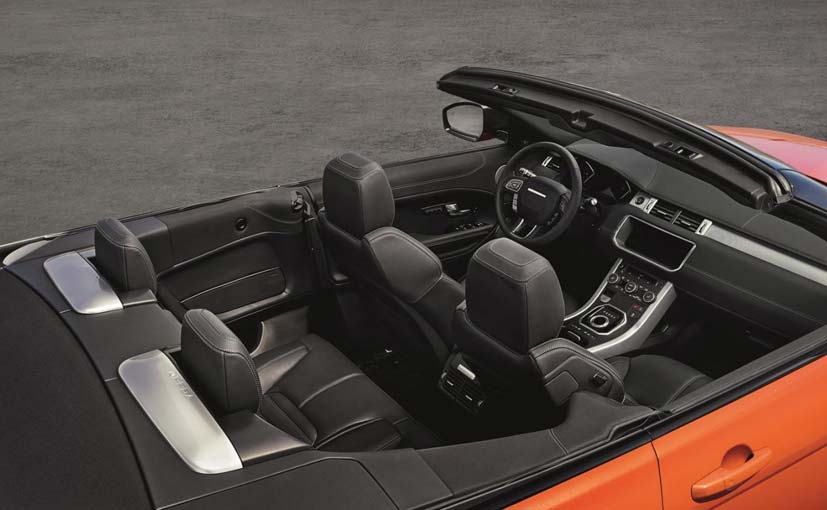 The convertible version of the Evoque maintains the muscular and attractive design language that can be seen on its current iteration. The B-pillar has been completely done away with to allow for a fast-folding soft top roof with Z-fold mechanism. This gives the car a very clean look when its top is folded. The electronically foldable roof can be operated at speeds up to 48Km/h and takes just 18 seconds to fold when stationary and 21 seconds when mobile. To ensure that the car's noise and vibration levels stay minimal despite the lack of structurally solid roof, the Evoque Convertible has a layer of acoustic insulation. Safety features include a roll-over protection device (RPD) hidden in the rear end that activates 2 aluminium bars in 90 milliseconds when a roll-over situation is detected. The bars provide a protective space for the occupants by substantially reducing the chance of head trauma. The Range Rover Evoque Convertible is likely to arrive in India in CBU form unlike the hard-top which is currently assembled locally so expect it to come with a higher price tag.